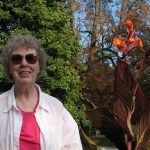 The estate of a University of Kansas alumna recently donated $1.4 million to the university to support its library system and provide scholarships to students in financial need.

Martha “Matt” Mueller, who died in 2018 at 83, retired in 1994 as a librarian at the New York State College of Ceramics at Alfred University in Alfred, N.Y., where she had worked for 25 years, according to a KU news release.

Mueller, who was from Joplin, Mo., began attending KU after she graduated from high school at the age of 16. She later graduated from KU in 1955 with a bachelor’s degree in education when she was 19.

After graduating from KU, Mueller worked as a junior high English teacher in Eureka, which is in southeastern Kansas. In 1958, she earned a master’s degree in library science from the Carnegie Institute of Technology.

According to KU and a memoir she wrote, she was able to donate the gift to the university because she had lived frugally, beginning when she worked for KU libraries as a student.

The gift will be used to establish the Mueller Family Fund, which will be divided in half to support KU libraries and to create undergraduate scholarships for students in financial need, with preference for students from Eureka and Joplin, Mo.

“The funds that Matt Mueller has directed to KU Libraries will directly support our mission to transform lives by advancing discovery, innovation and learning,” said Kevin L. Smith, dean of libraries. “We are beyond grateful for this expression of support that will benefit current students and faculty as well as future generations of scholars.”