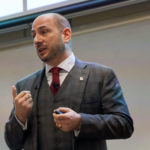 Carl Lejuez, interim provost at the University of Kansas and one of four finalists for the full-time position, is also a finalist for the provost position at the University at Buffalo in New York, Lejuez confirmed Thursday.

Although information on the identities of the finalists and the time of their presentations is password-protected on the University at Buffalo’s website, a student journalist at the university tweeted Tuesday that Lejuez had been announced as the second of five finalists for the position. 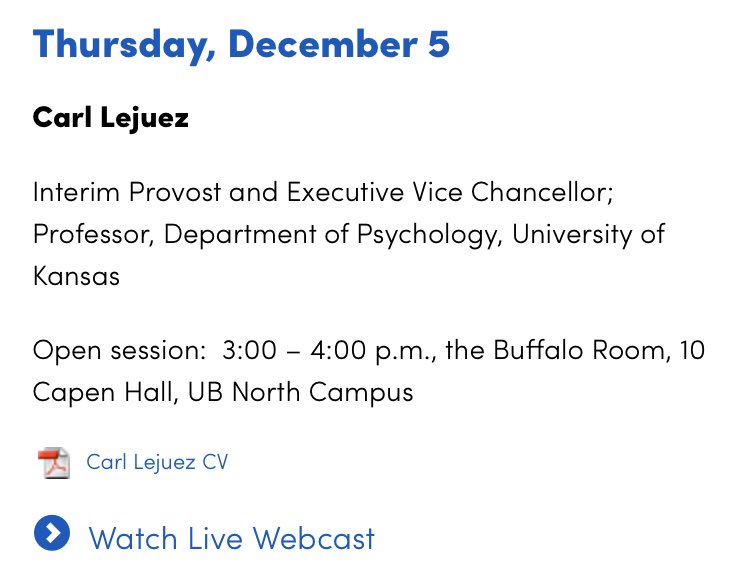 In a screenshot sent to the Journal-World by University at Buffalo student journalist Benjamin Blanchet, the announcement of KU interim provost Carl Lejuez as a finalist for the provost position at UB is shown how it appears behind UB’s password-protected site.

In that presentation, Lejuez talked about his professorship at the University of Maryland, the institution at which he worked prior to KU. He said he was ashamed of how he responded when he did not get the dean position he applied for at Maryland.

“Quite frankly I’m ashamed of how I responded. It was the worst that I’ve ever responded to something in my life,” Lejuez said. “I felt like I had to leave. I felt like I needed to throw away all those years and all those relationships because I didn’t get what I wanted.”

In his interim provost role, Lejuez has spearheaded budget discussions at KU as the university has cut $20 million from its budget and shed dozens of positions. He was at the center of controversy earlier this year when he sought to directly appoint professor Clarence Lang dean of the College of Liberal Arts and Sciences without going through the university’s formal search process. Lejuez himself was CLAS dean before accepting the interim provost position.