Marshall Haake built this bench outside of his office at 406 N. Seventh St. to provide seating for the bus stop.

Across the street from Advantage Heating and A/C in North Lawrence, there is a collection of hodgepodge chairs: two brown wicker, one orange plastic and a swivel black chair with no arm rests.

That’s the way it’s always been, said Marshall Haake, operations manager at Advantage: a collection of “random junky chairs” next to the bus stop across the street.

Haake has worked at the building for 13 years, and ever since there have been bus stops on each side of Seventh Street off Locust Street, seating has been an issue. Chairs that do pop up are often “not very good,” and Haake has seen people standing at bus stops, pacing up and down the sidewalk, sitting on the stoop outside Advantage and more.

Randy Ortiz, owner of Advantage, 406 N. Seventh St., said it was a safety issue — kids waiting for the bus would sometimes be in the street.

So in June, Haake built a bench and placed it in front of Advantage’s office next to the bus stop on the east side of Seventh Street. 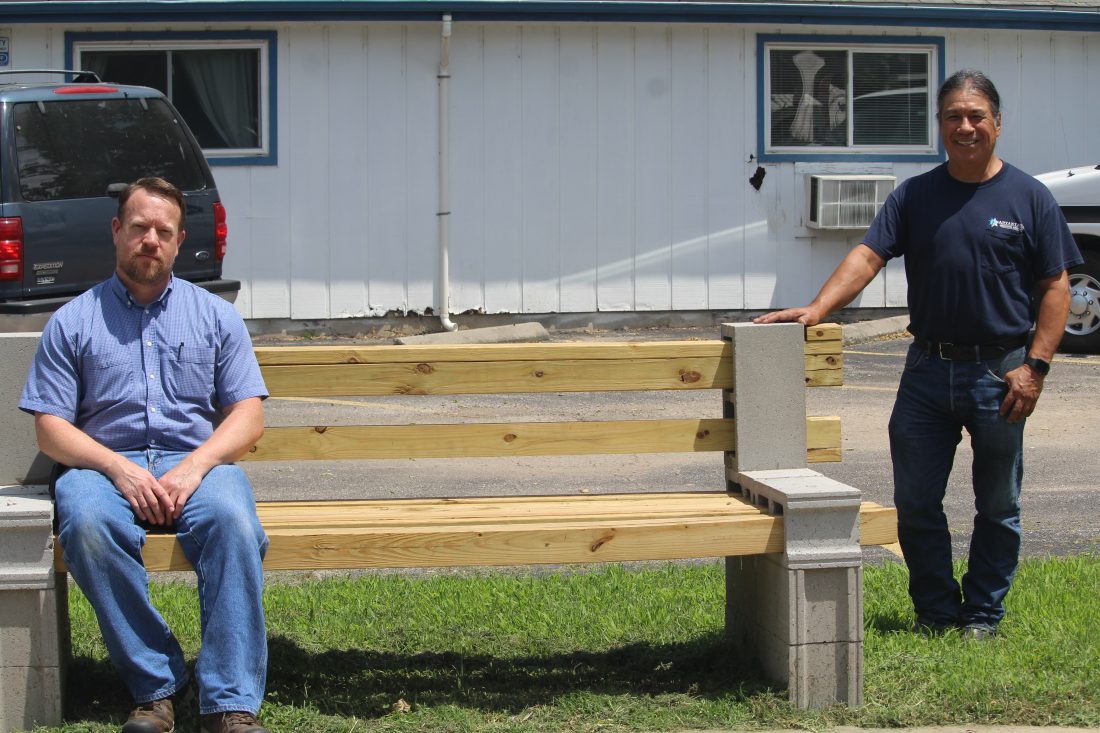 Advantage Heating and A/C operations manager Marshall Haake, left, and owner Randy Ortiz pose next to the bench Haake made for the bus stop outside their building at 406 N. Seventh St.

“Marshall had a great idea and we went with it, and now what we’re seeing is pretty cool,” Ortiz said. People have been sitting on it and some even use the bench as a table to organize their items. Cyclists will sometimes stop at the bench to take a break, Ortiz said.

Haake made the bench out of wood and cinder blocks. It took him about three hours to build and cost him about $200. He said most of his prior carpentry work was just projects around the house, and he looked up an easy bench design on the internet and modified it slightly.

Haake was considering building another bench to place at the bus stop across the street, where the patchwork chairs typically rest, but they don’t own that property, and Lawrence’s new transit and parking manager, Adam Weigel, told Haake improvements should be coming to that stop soon. 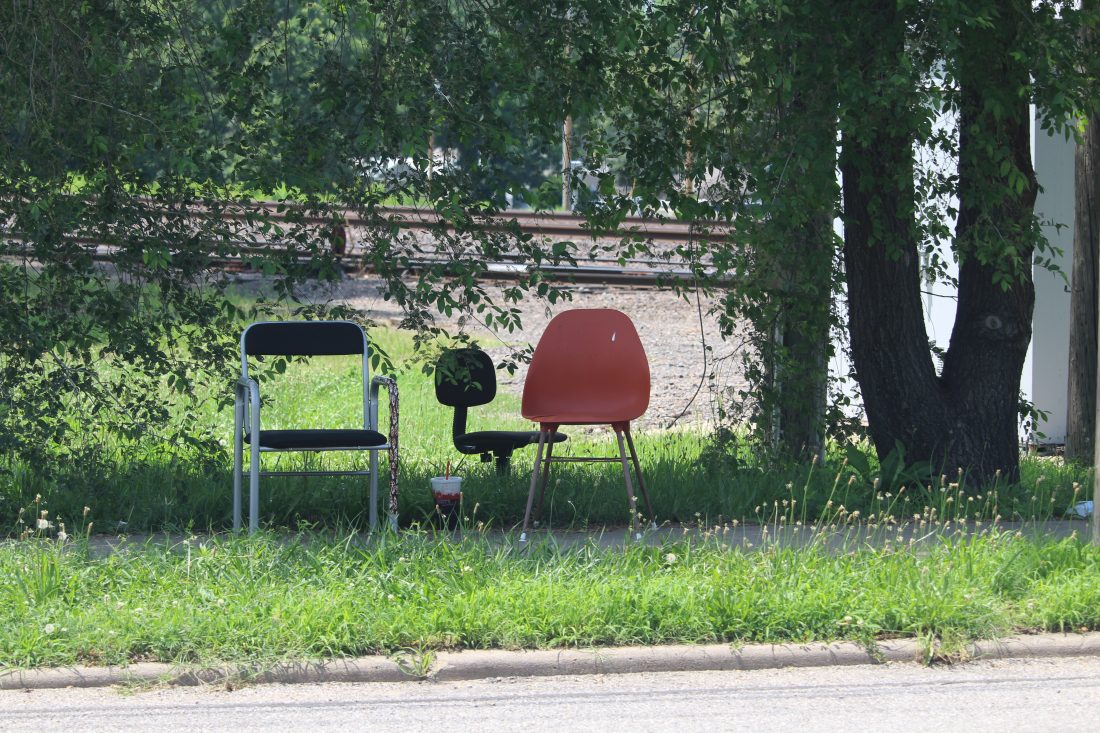 Chairs next to the bus stop across the street from Advantage Heating and A/C in North Lawrence.

Weigel became the transit and parking manager in March, after living in Washington, D.C., for two years as a bike and pedestrian coordinator for Prince William County and a transportation planner for a consulting firm.

“I think there’s been a sense of urgency expressed by the community when folks like Marshall and other people are putting out amenities,” he said. “From my perspective, it’s something I don’t want to be asking or expecting community folks to do.”

In 2015, the Journal-World reported that chairs were appearing at East Lawrence bus stops with the words “bus bench” written on them, an action by community members that spurred the city to plan to add benches to 15 bus stops around the city.

Weigel said improving bus stops was a priority for his staff. They are currently working on improving seven bus stops around town, including the one on the west side of Seventh Street across from Advantage.

Benches and bike racks will be added to stops at Seventh and Locust, Folks and Bauer Farm, Haskell and 20th and the northeast and southwest ends of 11th and Delaware. At 25th and Franklin, a shelter and bike rack will be added, and concrete will be poured to create a path from the sidewalk to the curb at Massachusetts and South Park.

“Our staff has spent the last couple of months working parallel tracks to move forward on the improvement of 7 previously identified sites as well as collecting bus stop data that will be used to prioritize future improvements,” Weigel wrote in an email to the Journal-World. “It is my hope that the community notices a data-driven and consistent approach to bus stop improvements and continues to engage with us about how to make our bus system more comfortable and convenient for current and future riders.”

Weigel said Lawrence has 360 bus stops; 85 of those have some type of seating, whether it be a bench or a shelter. Weigel did not include sites where a community bench has been provided, as those amenities were not done by the city.

“There are a lot of different groups and people who care about bus stop amenities in Lawrence, and that is great news for my staff and I, who are ready to collaborate on improvements,” he said.

On Wednesday, Haake and Ortiz sat on the new bench outside their building. Haake pointed out that if people sit at either end, 6 feet of social distancing can be maintained.

Haake said he was happy with his work. 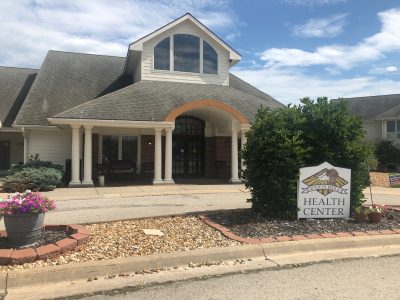