Health care workers administer a COVID-19 test as part of a drive-thru event in North Lawrence on July 8, 2020.

A line of vehicles stretched several blocks into the North Lawrence neighborhood as motorists awaited testing for COVID-19 on Wednesday.

The Lenexa-based nonprofit Heart to Heart International, along with researchers from the University of Kansas Medical Center, held an open, drive-thru testing site at the Union Pacific Depot in North Lawrence from 9 a.m. until noon on Wednesday. A worker on the scene said the Lawrence event had 500 people pre-register for tests, but the site drew many more people who had not registered. Workers were still testing past noon in an effort to get through everybody who had pre-registered for a test. The worker said the Lawrence event was at least twice as large as any event the organization had hosted in the Kansas City metro area, thus far.

The testing site was the first in Douglas County that was open to people who don’t have symptoms of the disease. Heart to Heart, which has hosted several testing sites in Johnson County, is scheduled to hold two more in Lawrence this week. Both will be from 9 a.m. to noon. The first will be Thursday at Theatre Lawrence, 4660 Bauer Farm Drive, and the second will be Friday at Billy Mills Middle School, 2734 Louisiana St. People who haven’t already pre-registered for the testing, however, may be unable to get a test on Thursday or Friday. The organization’s website said all the testing appointments for those two days are full. 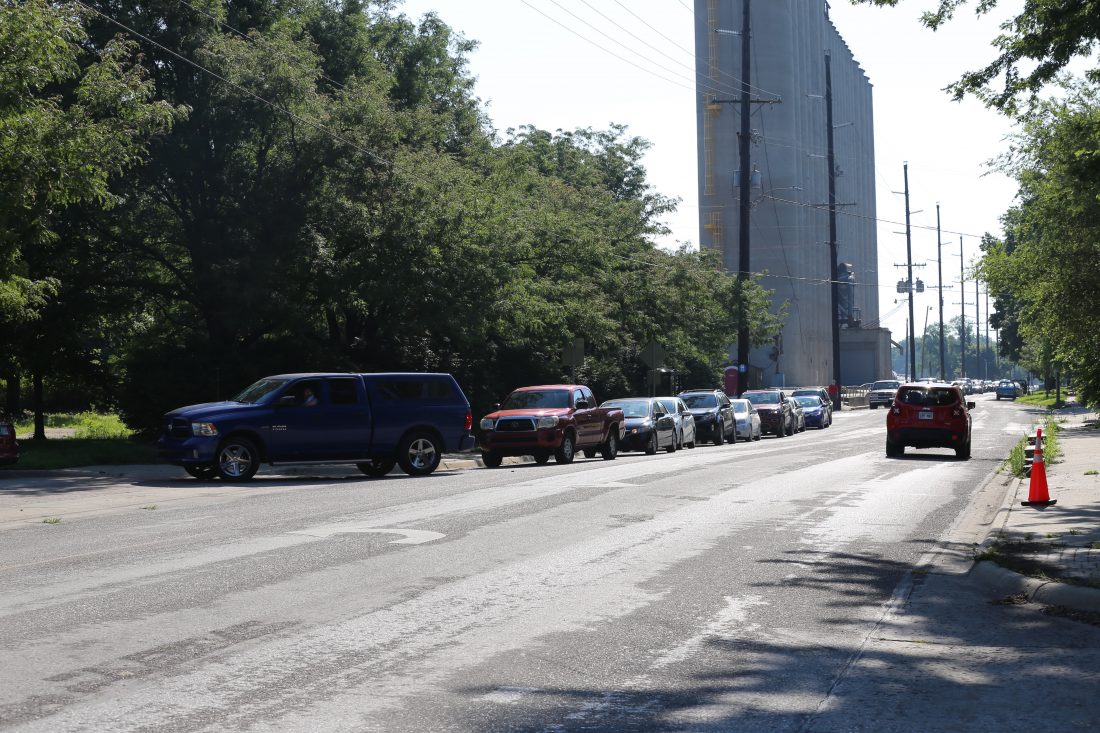 Vehicles stretched for several blocks along Locust Street in North Lawrence during a testing event for COVID-19 on July 8, 2020. 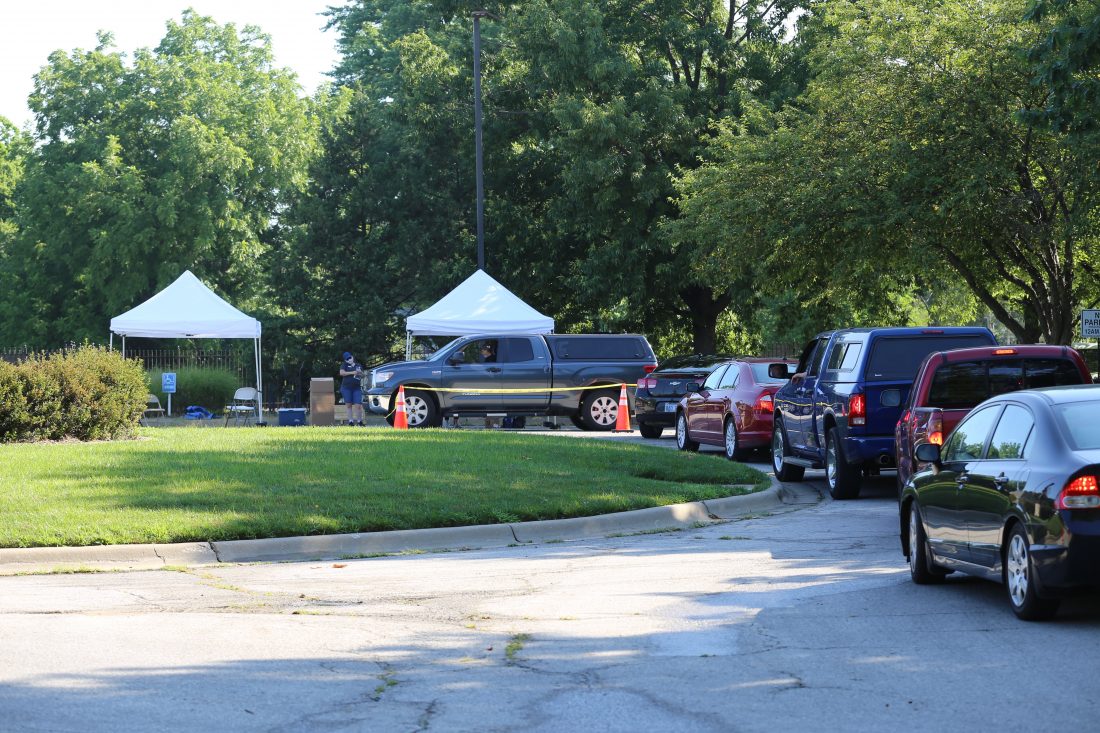 Motorists await testing as part of a drive-thru COVID-19 event at the Union Pacific Depot in North Lawrence on July 8, 2020.