Cross-section of Lawrence comes together for LINK Thanksgiving dinner 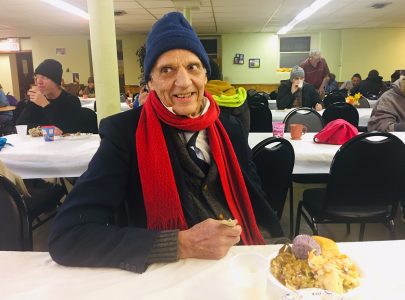 Dick Levin enjoys a Thanksgiving meal on Thursday , Nov. 28, 2019, at Lawrence Interdenominational Nutrition Kitchen in the basement of the First Christian Church at 10th and Kentucky streets.

Larry Beerbower was feeling blessed on Thanksgiving — and it wasn’t just because of the turkey and gravy on his plate.

At the Lawrence Interdenominational Nutrition Kitchen’s annual Thanksgiving dinner, Larry said he and his wife, Misti, had been living in a tent for more than a year. But recently their luck improved and they came into possession of a 2002 Kia Sedona they now call home.

“We are fortunate to have a van; many people are living in boxes,” Misti Beerbower said.

The Beerbowers said they regularly go to LINK, in the basement of First Christian Church at 10th and Kentucky, for a hot lunch. But today’s lunch was far from ordinary — it was an all-out Thanksgiving feast, with turkey, stuffing, mashed potatoes, green beans and an array of pies. About 200 people turned out to celebrate the holiday.

It was the weather that brought Dick Levin to the church basement for his Thanksgiving meal. Looking dapper in a sweater and tie, he had originally planned to go to a dinner on the west side of Lawrence, but the weather wouldn’t cooperate.

“The rain wouldn’t let me ride my bike,” he said while enjoying his plate of turkey and all the trimmings. 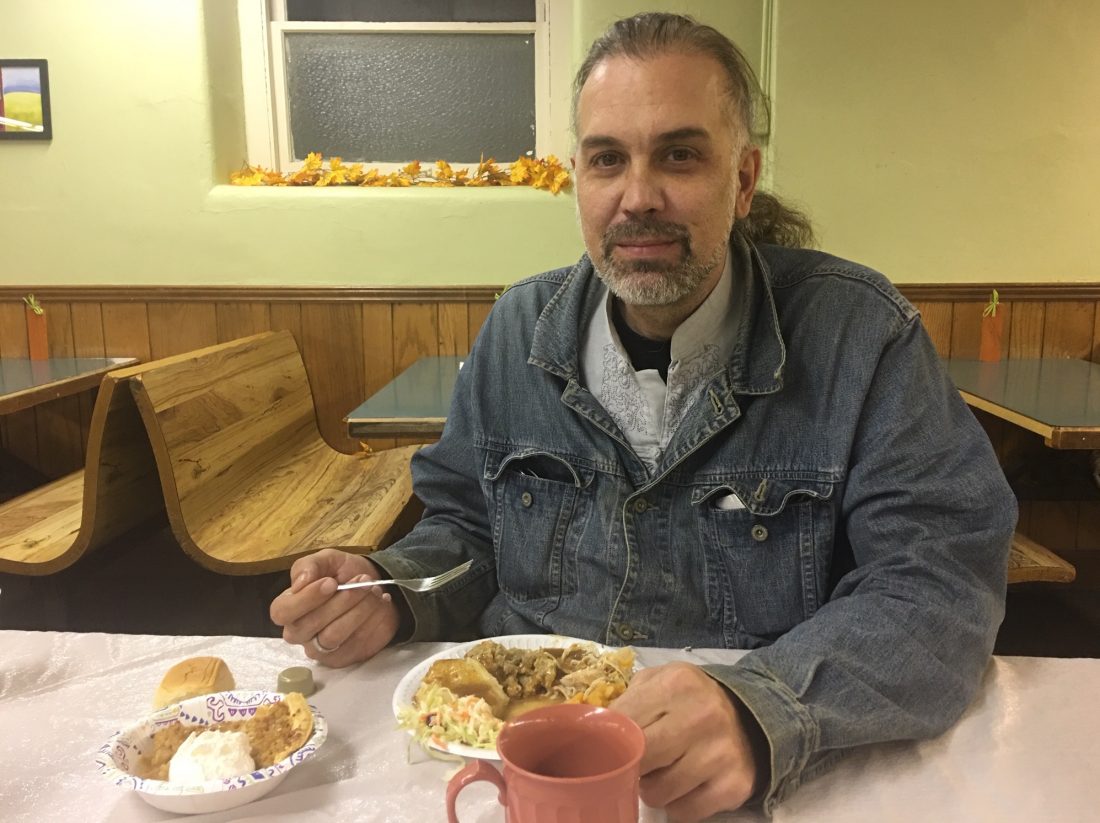 Others were regulars at the community dinner. Sean Washburn said this was the third time he’d been to LINK for Thanksgiving.

Washburn said he’s on disability and can’t afford to eat well most of the time — “I mostly eat mac and cheese,” he said. But even when it’s not Thanksgiving, he said, he can count on LINK for a nutritious meal. The agency serves lunches in the church basement four times a week.

This year, volunteers prepared 800 servings of turkey and packed 650 meals to be delivered to homes around Douglas County, said Wendi Meisenheimer, president of LINK. Thirty-seven churches and organizations donated the food.

Dozens of people were helping out on Thursday, including Janine Austin. She said she was invited by a friend to volunteer. They started packing the meals for delivery at 10 a.m. at Maceli’s, and then Austin headed to the church basement to work as a runner wherever needed.

But Meredith Richey, vice president of LINK, said the kitchen’s work isn’t over after Thanksgiving is done. She encouraged people to volunteer at LINK the rest of the year, as well. 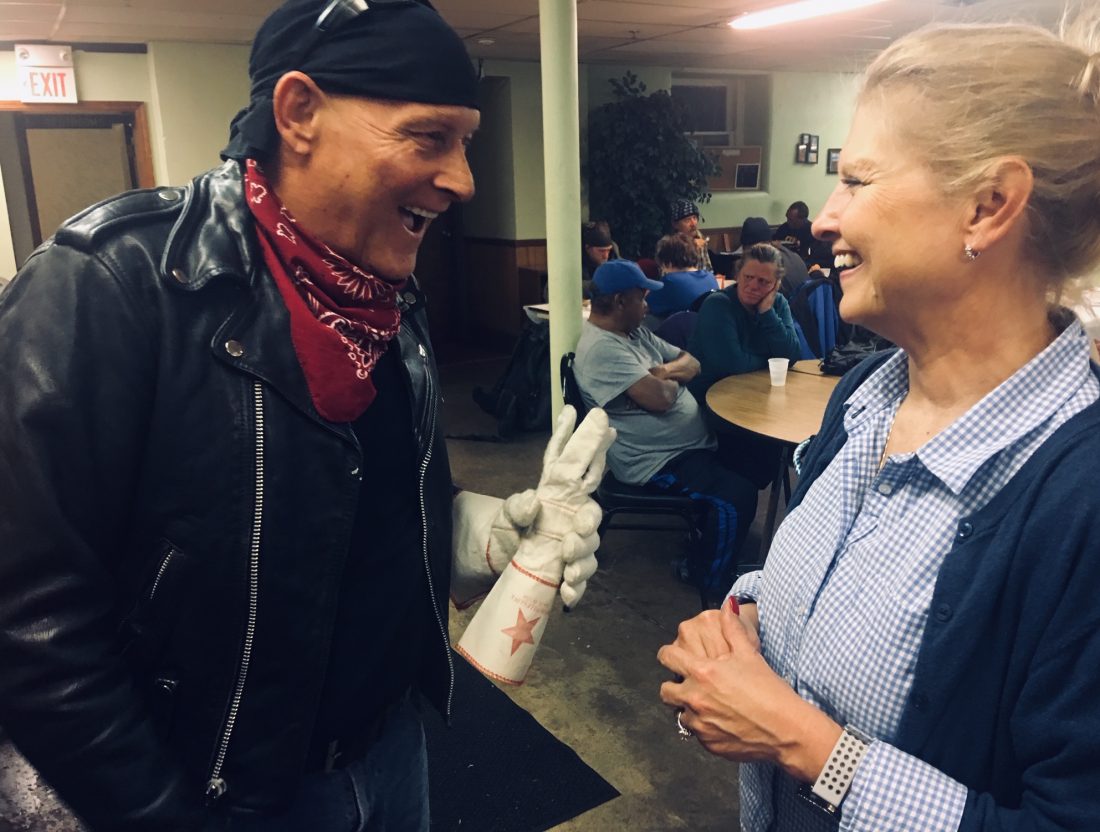 Vick Wortman said he came to this year’s dinner to show his appreciation for the volunteers who make LINK possible.

“I came down to see the wonderful people who do this,” said Wortman, a traveling ironworker who was in Lawrence for Thanksgiving. He said LINK helped him out a lot when he lived in Lawrence decades ago.

“Thirty years ago, LINK fed me when I could barely walk,” he said. “I was on crutches for three years. And look at me now — I am 62 and still working.” 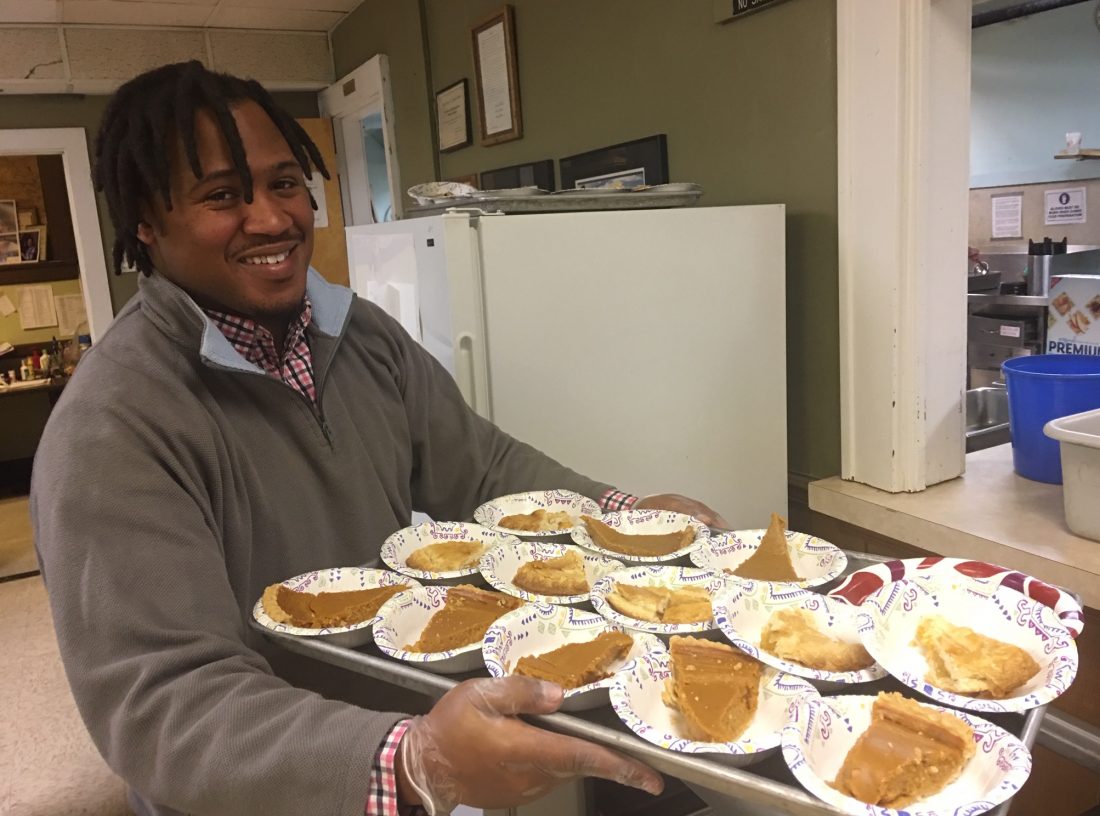