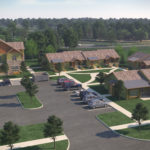 This rendering, shared with the Journal-World on Jan. 30, 2019, shows a planned behavioral health campus to be built in the 1000 block of West Second Street.

A survey of a site proposed for behavioral health housing in northern Lawrence has not turned up archeological or human remains, clearing the way for the much-anticipated Douglas County behavioral health campus to move forward.

Earlier this year, the Delaware Tribe, which once inhabited the Lawrence area, requested the archeological survey to ensure there were no historical tribal artifacts or burial sites, the Journal-World previously reported. The survey was completed this spring, and Jill Jolicoeur, assistant to the Douglas County administrator, told the Journal-World Thursday that the county now has the required state and federal permissions to proceed with the project.

The archeological survey was conducted by the Kansas Historical Society’s Contract Archeology Program and covered approximately 1 acre, according to the survey report. The survey involved making holes, ranging in depth from 1 to 2 feet, every 15 meters to see if any artifacts or remains were under the surface, according to Kansas Historical Society Archeologist Eric Skov. Though debris thought to be from two demolished homes was unearthed, the report states there were no significant archeological findings. 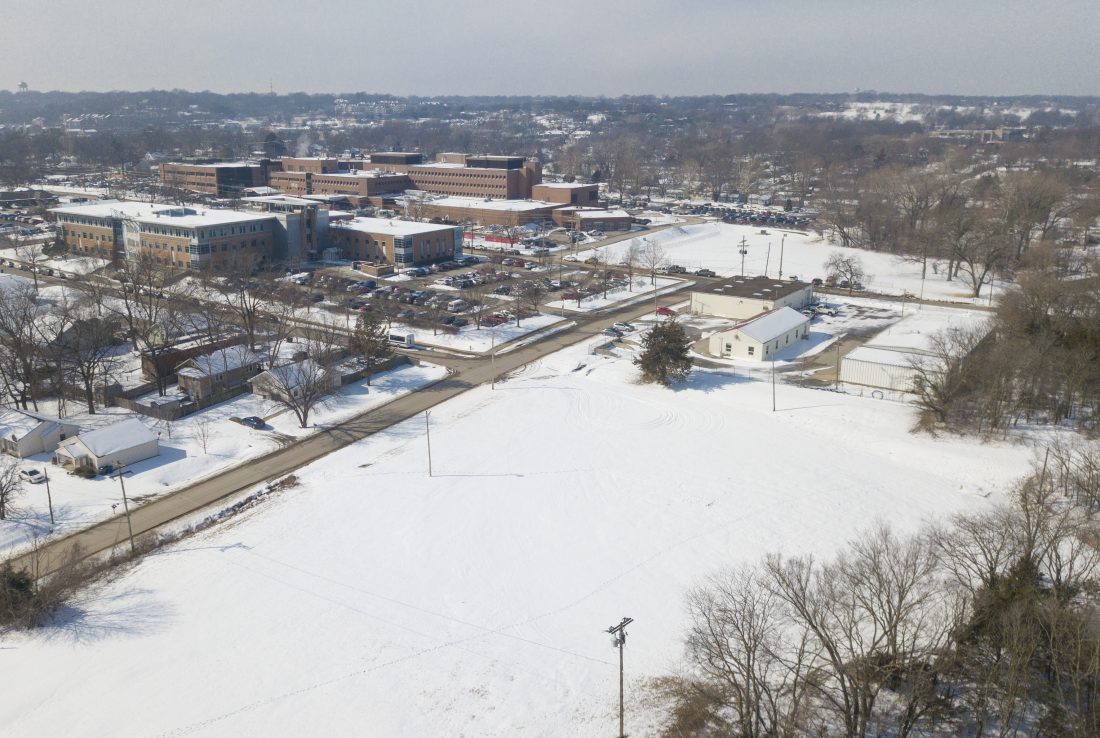 As a result of a historic preservation review, a HUD-funded project that involves 10 apartments slated to be built at 1000 W. 2nd Street, pictured on Thursday, Feb. 21, 2019, may undergo an archaeological review, as recommended by the Delaware Tribe Historic Preservation Office to examine whether or not the site may have human or archaeological remains.

“Despite the intensity of the survey and the potential of the area to contain cultural remains, no significant cultural resources were found within the project area,” the report states.

The report notes that the setting has an “elevated potential” for encountering artifacts, which Skov said is due to the site, at 1000 W. Second St., being on high ground and close to agricultural fields and water, with the Kansas River about 400 meters to the east. As is standard, the report states that it’s possible for archeological remains to be encountered that that survey did not detect. If that were to occur, the report says they should be left in place and the state archeologist should be contacted immediately.

The Delaware lived in northeast Kansas beginning in the 1830s after being forcibly removed from their ancestral home near the Delaware River. In the 1860s, the Delaware were forced to give up their Kansas reservation lands and move to Oklahoma. The tribe is now based in Bartlesville, but the preservation office is located in Emporia and the tribe owns some land just northeast of Lawrence.

Delaware Tribe historians requested that the archaeological survey be conducted following a notification about the project from the City of Lawrence. Though it is a county project, the city is in charge of the federally required environmental review, which includes a historic preservation review. That review requires the city to notify certain Indian tribes, including the Delaware.

Delaware Tribe Historic Preservation Office Director Brice Obermeyer told the Journal-World that the site is in a sensitive area for the tribe, with known historical sites nearby, so the survey was requested to ensure no archaeological or human remains were present. Obermeyer, who previously told the Journal-World that the tribe already knows of one cemetery that exists in the Lawrence area, said such surveys are done on a regular basis in different areas of the country where the tribe has lived.

“Clearly, there was a high potential for archeological resources and we knew that there were historic resources nearby that were related to the tribe, and so we just asked for a closer look,” Obermeyer said. “And if that closer look turned out to be negative, then we would be very supportive of whatever project (Housing and Urban Development) would like to move forward with.”

The proposed behavioral health housing project, The Cottages at Green Lake, is one component of the county’s behavioral health campus. The cottages would consist of a 10-unit supportive housing complex located next to a mental health crisis center and a supportive group home at 1000 W. Second St. The environmental review is required because of the use of federal funding.

The Lawrence-Douglas County Housing Authority has proposed using federal Housing and Urban Development funds to lease the cottage units from the county, according to a past city memo. The project is meant to address the shortage of housing and treatment for those with severe and persistent mental illness who are homeless or at risk of homelessness in Douglas County. In November, Douglas County voters overwhelmingly approved a quarter-cent sales tax to fund behavioral health initiatives, and money from the city’s affordable housing fund is going to support the group home.