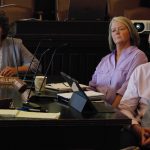 Monica Kurz told Douglas County commissioners that’s a phrase she uses all the time in her work.

“It’s a message I want to put out there, and it’s a message that needs to be true,” the director of Headquarters’ Kansas Suicide Prevention Resource Center said during the commission’s Wednesday work session on the Zero Suicide initiative.

She explained: “We think that there’s no reason that someone who is enrolled in a health care system, who is seeing a professional, there’s no reason that that person should die by suicide because we can prepare our systems to identify the folks who are at risk, and we can deliver evidence-based treatments that treat the drivers of suicide.”

As Douglas County’s suicide counts have climbed most years since 2011 and its rate sits above the national average, the topic is of concern for local behavioral health leaders.

The Zero Suicide initiative is the latest piece to be placed into the puzzle of Douglas County behavioral health efforts. The proposal comes alongside an integrated crisis center, supportive housing, smartphone apps, school-based programming and more, as the commission parses out funds from a quarter-cent sales tax that voters approved by a 71-29 margin in November 2018.

A final proposal for the Zero Suicide initiative will return to the commission for consideration at a future meeting; however, commissioners generally voiced their support for the work. 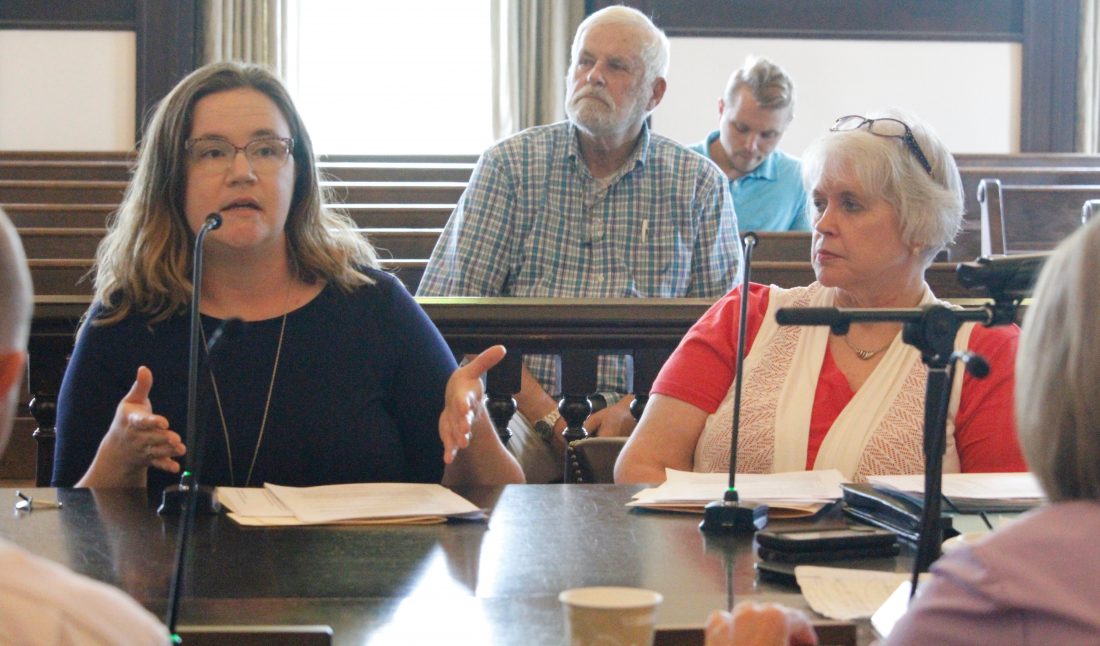 She noted that despite holding the advanced degrees that prepare behavioral health clinicians for substance use and mental health crises, they may not be comfortable and confident when they come into contact with someone who’s thinking about suicide.

“In fact, most people will tell you it’s the scariest situation that they are ever in as a professional,” she said. “It asks us to make clinical judgments that feel really, really scary.”

To that end, Kurz said the work would start with anonymous workforce surveys for all partnering agencies to find out what staff needs to feel competent and confident in identifying and treating suicide risk.

Zero Suicide, supported by the global nonprofit Education Development Center (EDC), aims to both mitigate immediate crises and treat underlying factors on a long-term basis. Kurz said Headquarters would take the lead in breaking the program down into digestible pieces for the participating agencies.

Those who spoke during the commission’s work session included Lori Alvarado, CEO of DCCCA; Kurz; Dan Partridge, director of the Lawrence-Douglas County Health Department; and Bob Tryanski, the county’s director of behavioral health projects. They shared with the commission some data and information they’ve gathered so far.

Tryanski said the health department has done a lot of work in the past couple of months to determine what the county already knows as well as what it still needs to know from a data perspective.

According to the Kansas Department of Health and Environment, the state’s age-adjusted three-year rate for 2015-2017 was 17.6 deaths by suicide per 100,000 individuals; the national rate was 13.56, according to the Centers for Disease Control and Prevention. 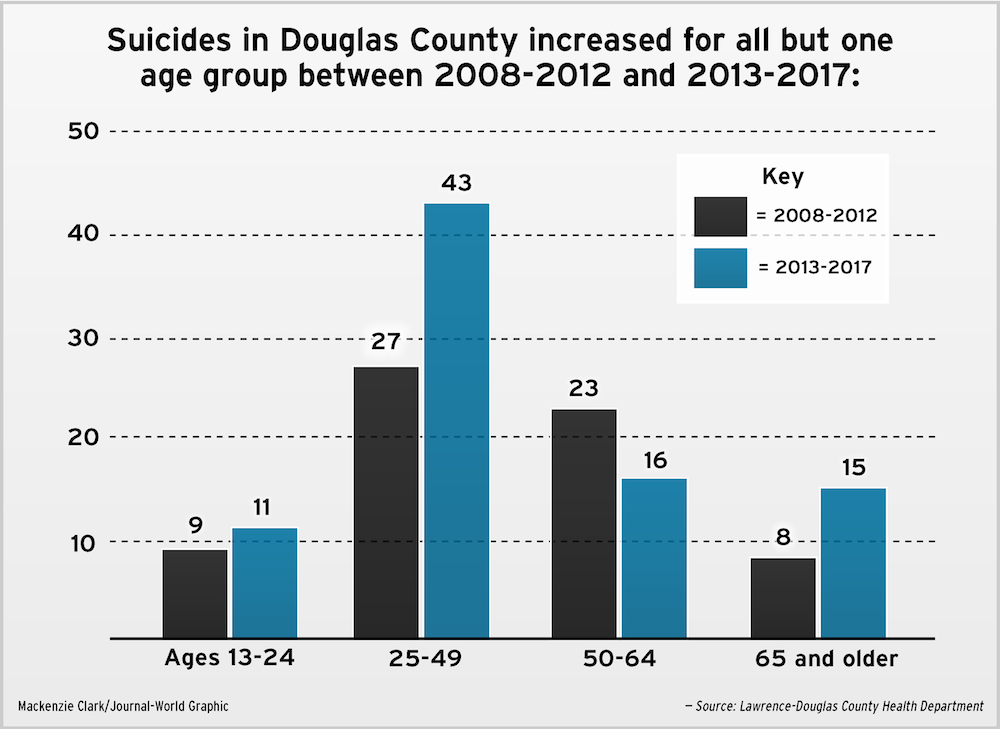 In 2018, there were 345 suicide attempts in Douglas County, according to information from the health department:

There were 767 Douglas County residents treated in emergency departments for suicide ideation in 2018, according to the health department:

Alvarado said the team has been gathering “an immense amount” of data from school districts, hospitals and community organizations, “laying that out with crime data and with school suspension data, and all of those pieces that we know can identify risk.” She said the risk behaviors of substance use, depression and dropping out of school are right in line with those of suicide, and the issues can commingle. 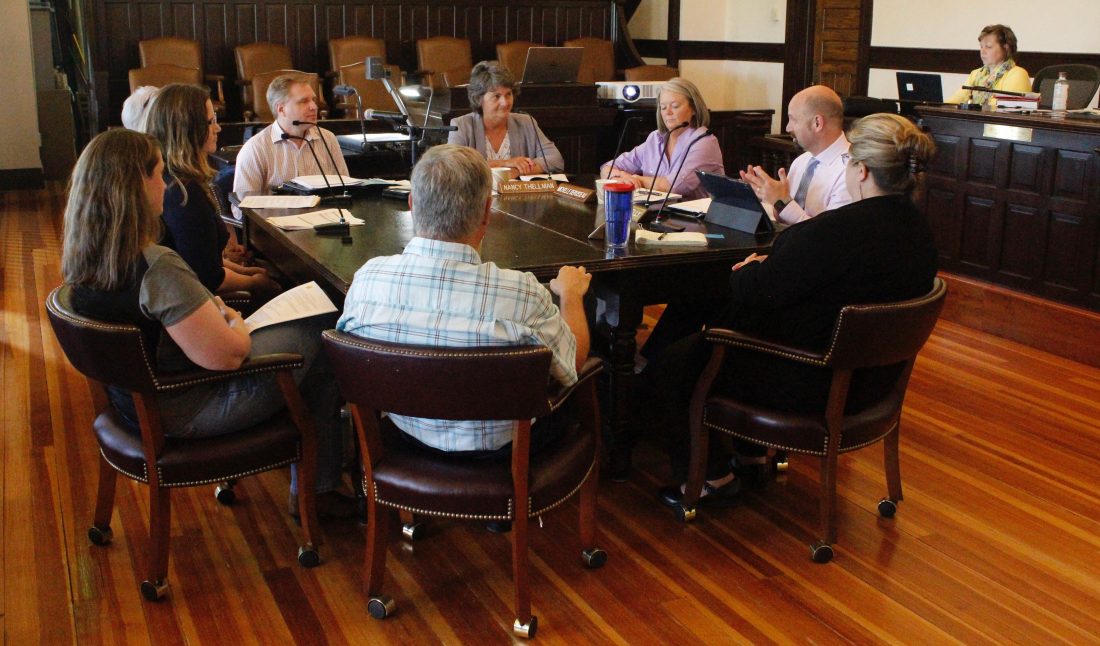 She said the team has conducted interviews with area high schoolers and middle schoolers to hear from them what’s going on in the youth population. Those present at the work session would probably say that alcohol is a huge issue with area teenagers, Alvarado said; however, that’s not what they’re saying.

“It’s something far more challenging — it’s pills, it’s vaping, and it’s marijuana,” she continued. “Those are the things that we’re hearing from teenagers, which is very different than what we as adults might project onto them.”

The team has also been looking at school and district policies on substance use and how those are handled, as well as what districts are already doing in terms of prevention, Alvarado said. For instance, if they’re using evidence-based programs, are they following them effectively?

Commissioner Nancy Thellman mentioned another concern during the meeting: “Our farmers have been hit by about every possible devastating issue they can be hit with all in one season — and season after season,” she said.

She continued, saying that too much water this spring has led to some flooded fields and the inability to get crops in, which can lead to missed deadlines for government insurance; then, farmers faced “tariffs and then more tariffs.”

The May 28 tornado destroyed or majorly damaged more than 40 homes in Douglas County on its nearly 32-mile path from the rural southwestern portion of the county northeast to Bonner Springs. It affected or caused minor damage to more than 50 additional homes, the Journal-World reported. The county’s assessments of agricultural damage were still in progress as of Friday.

Thellman said she had spoken with Kurz and Patrick Schmitz, CEO of Bert Nash Community Mental Health Center, about the need to “somehow rally around our ag sector.”

“Our community somehow needs to think through what we can do for our community’s ag sector, should some of our folks come to the point where they need some extra attention and help,” she said. 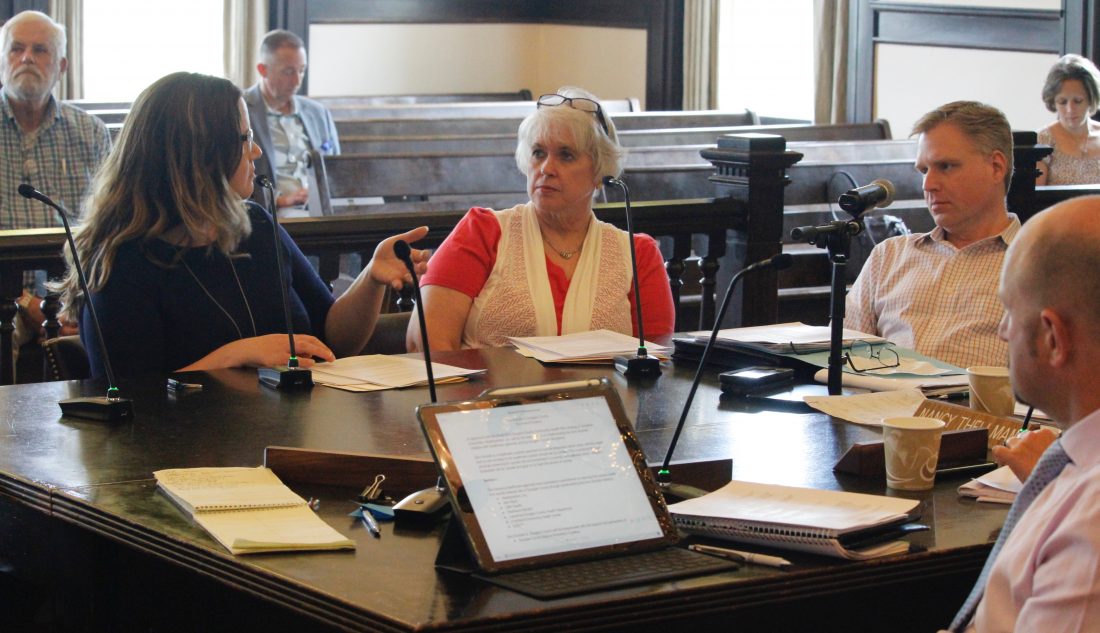 Commission Chair Michelle Derusseau echoed Thellman’s concerns and suggested distributing information to township churches and coffee shops to help with outreach, as many of those residents don’t take the newspaper or use social media.

In a follow-up email to the Journal-World, Kurz pointed to CDC statistics that show that suicide rates are higher in rural areas than in their urban counterparts.

Some of the risk factors, Kurz said, include isolation; lower concentration of resources, making accessibility difficult; pressures of generational farm and land ownership; declining crop prices; and higher ownership and access to firearms. In Kansas, 56.8% of suicide deaths were the result of firearms in 2017, according to the state’s Annual Summary of Vital Statistics.

As noted above, the commission does not take action during its work sessions, and a final proposal for the Zero Suicide initiative will return to the commission for approval at a future meeting.

The proposal, shared with the commission June 5, requests a projected total of $207,500 over a three-year period. The second year, in which area agencies would participate in an intensive Zero Suicide Academy, would be the most expensive, at $110,000. Headquarters would oversee that budget.

Thellman asked how doctors in private practice and primary care physicians would be involved in the initiative. Kurz said that if the Zero Suicide team can get good traction with the leadership already in place in the various county agencies and nonprofits that are on board, that will help prepare them to provide communications and tools for interested private practice physicians.

Derusseau said she had been excited to see the Zero Suicide initiative as part of Proposition 1, the ballot question that allows the county to collect sales tax for behavioral health services.

“I’m thrilled to finally see it right here, and that we’re going to get started on it,” Derusseau said during the work session. “It hits home.”

“I think suicide is an issue that touches all of us in one way or another,” he said. “It has touched people that I love, and I think I’m speaking for a lot of people here.”