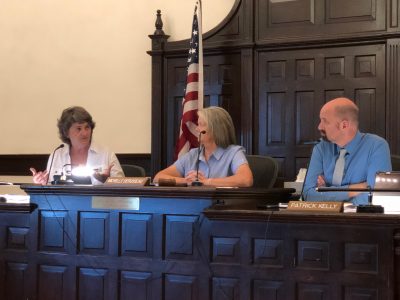 Douglas County Commissioners discuss the use of herbicides at Lone Star Lake during a commission meeting on Wednesday, July 24, 2019.

Douglas County will end the use of one herbicide and continue using another for the treatment of unwanted vegetation at Lone Star Lake.

After hearing from public works director Keith Browning during their regular meeting on Wednesday, Douglas County commissioners accepted his plans for herbicide use at the lake. But before that, the commissioners heard from a local fishing enthusiast who argued that some of the unwanted vegetation was actually beneficial.

Browning told the commissioners that parts of lake are infested with Eurasian watermilfoil, which is considered an invasive species. He said the county treats the lake every year to cut down on the spreading of the plant, which can grow rapidly, and will do so again in early August.

Richard Sanders, a biologist for the Kansas Department of Wildlife, Parks and Tourism, said he recommended the county use the herbicide Navigate to kill the plant, which has been growing in the water and along parts of the shoreline.

But Ned Kehde, who uses the lake for fishing, told commissioners he would prefer if the county stopped using the herbicide. Kehde said that watermilfoil helps increase fish populations in lakes, and that some of his best fishing experiences have been at lakes where the plant grows.

While the commissioners all said they appreciated Kehde’s comments, they agreed to let Browning continue with the treatment. Commissioner Michelle Derusseau said she’s used nearby lakes that struggled with the same issue and she believes the plant could make lakes less safe for swimmers.

“You can get tangled up in that stuff, and I consider it a hazard for swimmers,” she said.

While the county will continue to use Navigate, it will stop using another herbicide that’s believed to be killing about 20 trees along the lake. 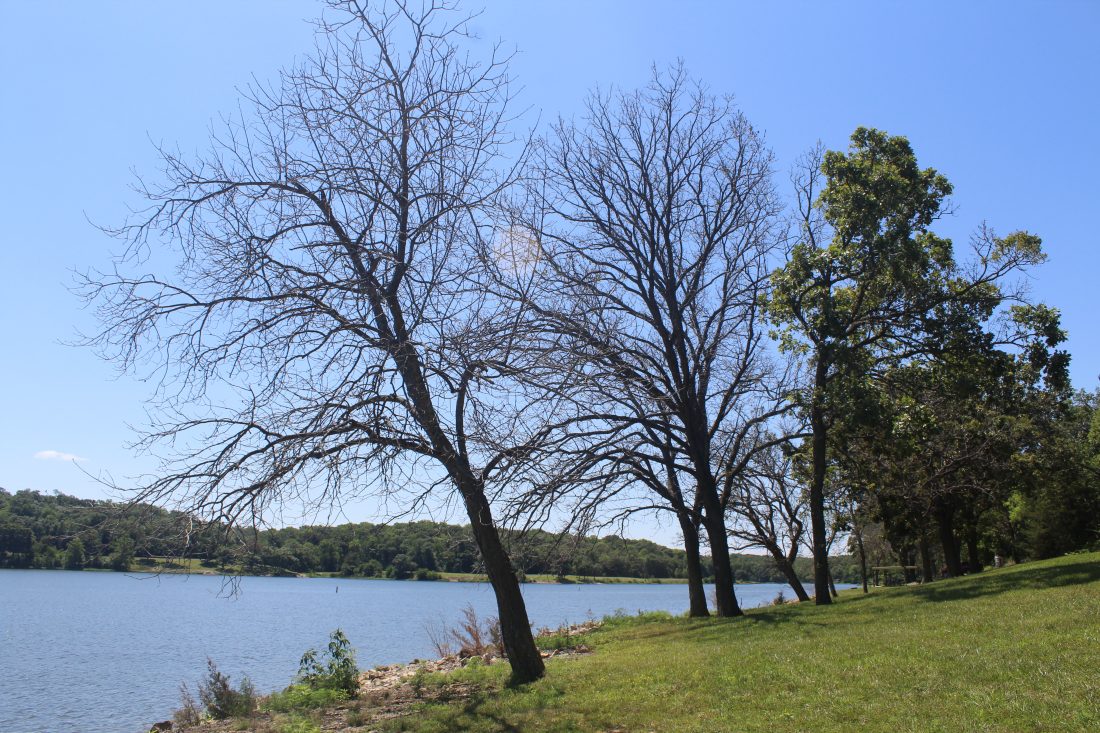 Trees failing to grow leaves stand along the western bank of Lone Star Lake on Tuesday, July 23, 2019. A Douglas County official thinks the trees have been damaged by herbicide poisoning.

In other business, the commissioners authorized a $111,000 construction contract with Mar Lan Construction to modify offices at 1006 New Hampshire St., the former home of Lawrence Municipal Court before the court moved to 1 Riverfront Plaza.

The construction is needed for the county’s Community Corrections and some administrative staff to move into the building. The contract also allows for increasing spending by up to 10%, or $11,000, to cover change orders needed for the project.

Along with the contract, the commission approved extending the lease on the location, which was originally approved in April. In a memo to the commission, county staff said the landlord of the building would provide up to $60,000 of the construction costs if the county chooses to extend its 36-month lease to 60 months.