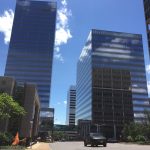 CLAYTON, MO. — The world incoming city manager Craig Owens departs is a very different one from what awaits him in Lawrence.

The approximately 2.5-square-mile city of Clayton, Mo., where Owens has been the city manager since 2008, has been booming by many accounts. The city has about 16,000 residents and brings twice that number of people into the city for work. On a recent weekday morning, people with briefcases in hand crossed downtown Clayton’s intersections in the shadows of gleaming business towers and new high-rise apartment buildings.

• Incoming city manager faced tough situations in Clayton, other roles in the region

By several measures, Clayton is a bubble of affluence surrounded by the metropolis of St. Louis. Despite its small size, Clayton is home to more than 40 high-rise buildings, multiple Fortune 500 companies, and is sometimes referred to as St. Louis’ second downtown. Within the city center is Clayton’s strip of boutique shops and cafes. Nearby are the upscale brick homes and condos that give the city a median home value of $590,800, according to the latest Census Bureau figures. Clayton has a single high school, and 95% of its graduates go on to college, according to Clayton’s website. The median household income in Clayton is $91,531.

Clayton Chamber of Commerce Executive Director Ellen Gale described Clayton as a business residential community with unmatched city services. She said the people who live in Clayton care deeply about their community, get involved and have high expectations for services.

“The people in this community are highly educated, high-income earners, living here in really nice homes and the No. 1 school district in the state,” Gale said. “That’s why they move here.”

Even though Clayton’s population is only about 16,000, the city’s daytime population is about 46,000 when accounting for those who come to the city for work, according to Owens. The city is home to the offices of multiple businesses, including Centene, Central Bank, Enterprise, RubinBrown and Caleres, among others.

And development in the downtown continues. Centene is undergoing a nearly $780 million project to expand its headquarters in downtown Clayton. Recent residential projects in the downtown include luxury, high-rise apartment buildings. 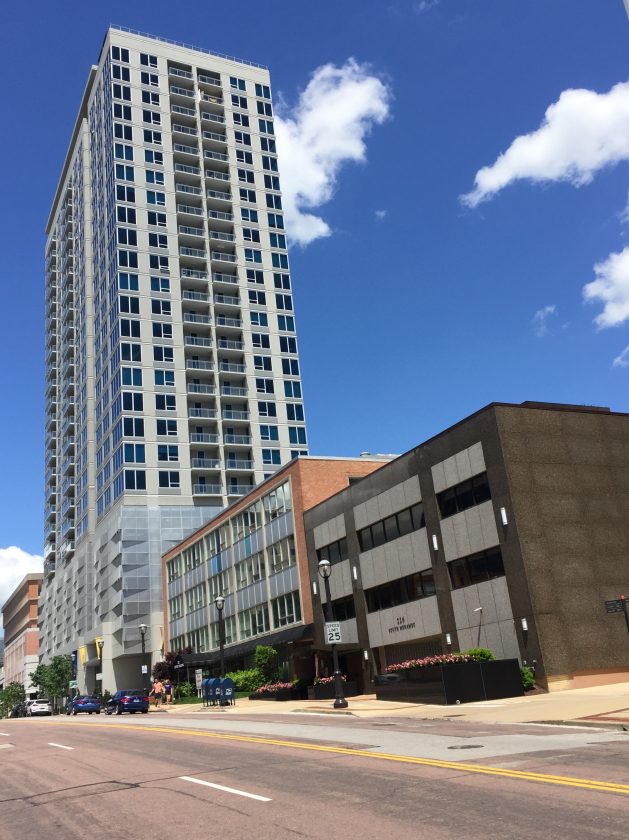 Lawrence, by comparison, is more economically diverse, with a median income of $49,297 and a median home value of $183,700. The University of Kansas has long been the city’s largest employer, while the city’s new business park has struggled to attract its first tenant. The Lawrence City Commission recently rejected a new downtown apartment and retail development in part because it was determined to be too massive for the area. Such contrasts, though, don’t worry Owens.

Owens, 50, points out that he has worked in more than just Clayton over his 25-year career in city management, including the cities of Rowlett, Texas; O’Fallon, Ill.; and Hazelwood, Mo. His time in the St. Louis area also includes his service on the board of Beyond Housing, a nonprofit organization that seeks to support housing and community development in one of the most impoverished areas of St. Louis. 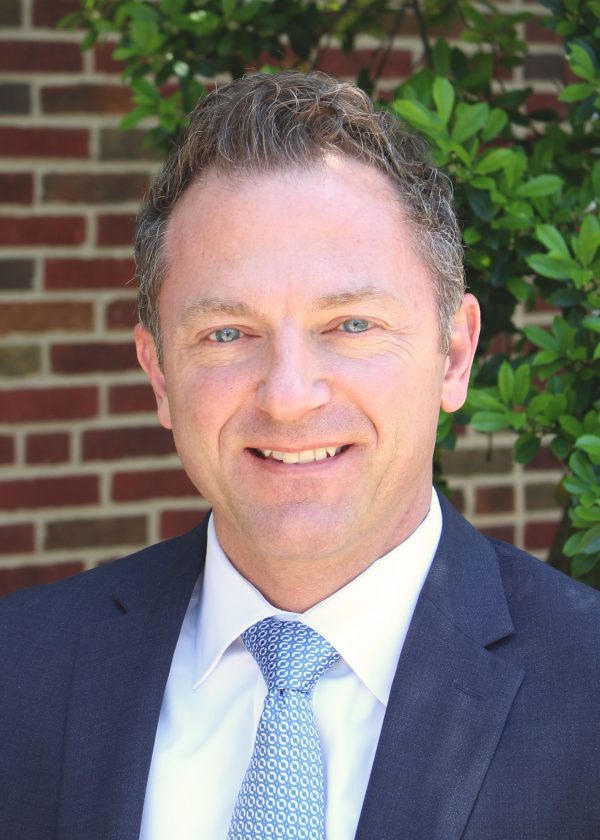 Owens said he knows his role as Lawrence city manager will be challenging for him, but that he is ready.

“I think it brings together the broad professional experiences I’ve had with all the different cities,” Owens said. “It is a larger city, which in and of itself doesn’t mean anything, but what it does mean is I have a little bit better platform to make a bigger difference in people’s lives.”

When asked about Owens’ most important contributions to Clayton, former Clayton Mayor Harold Sanger, who served as mayor from 2013 to 2019, said his negotiations with developers have been key. Sanger said that Owens has helped determine how proposals fit within city policy and helped establish consensus among the city’s seven-member Board of Aldermen.

“Many times they wanted things from the city,” Sanger said, referring to tax abatements or other incentives. “We would sit here (discussing developer proposals), and he would have the ability to get seven voices to funnel into one thing.”

Centene Corporation’s headquarters in downtown Clayton includes two high-rise buildings. The company, a Medicaid contractor, received a 40% property tax abatement for the $772 million project. The project is one of the largest office developments the region has seen in decades and will provide office space and parking to accommodate 2,000 more workers, according to The St. Louis Post-Dispatch. The first phase includes a 28-story office building and a later phase calls for a 34-story office tower with space for a hotel, retail and parking, according to the Post-Dispatch.

Clayton Mayor Michelle Harris, who was part of the Clayton Board of Aldermen that hired Owens in 2008, said that residents in condominiums near the Centene project had issues with the proximity and massiveness of the building. Harris said it was challenging to balance the needs of the developer and the residents.

Ultimately, Harris said that Owens’ most important contribution to Clayton was managing the high volume of commercial investment in the city over the past five or six years. She said Clayton is a small town, and that the staff weren’t necessarily set up for the scale of projects. She said Owens had to be sophisticated and smart to manage them.

“Development happens, right?” Harris said. “But it can happen in a good way or bad way, and so effectively managing all that I think is a huge accomplishment of his.” 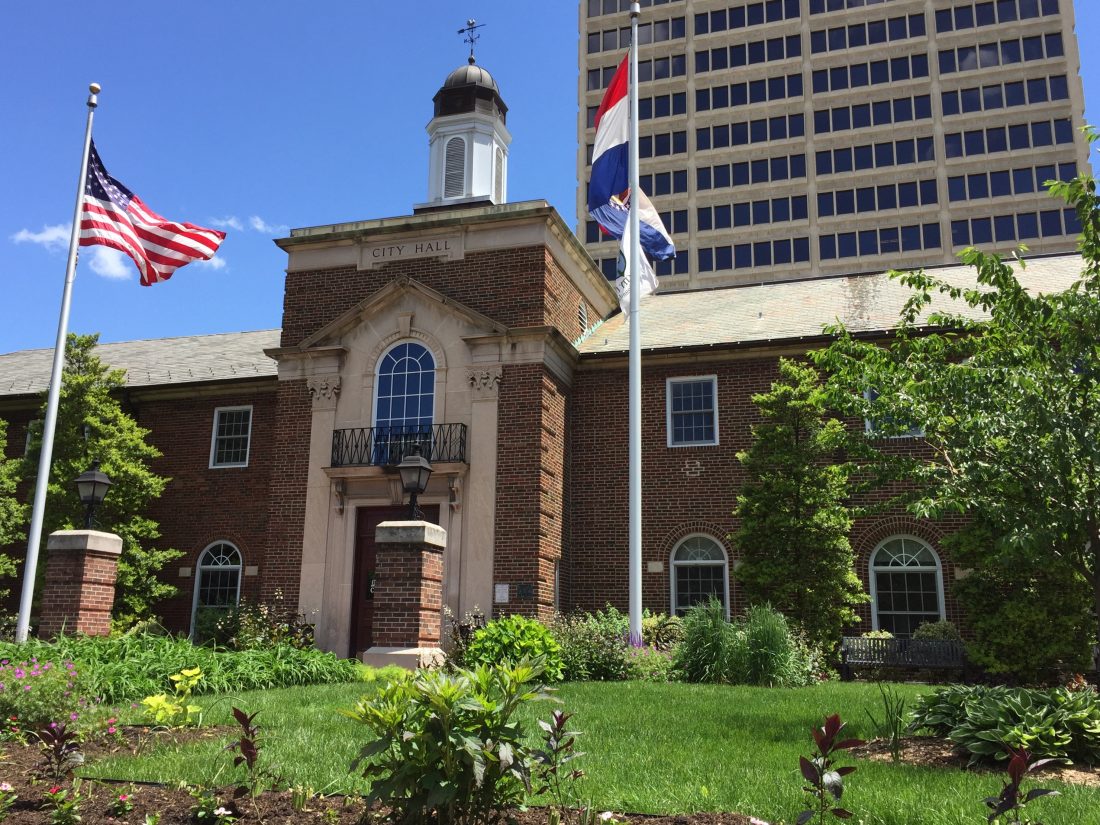 Clayton City Hall in Clayton, Mo. The Central Bank building is in the background.

Residential projects are also joining Clayton’s skyline, one of which was controversial due in part to incentives. Two Twelve, located at 212 South Meramec Ave. in downtown Clayton, is a 26-story luxury apartment tower that received a tax abatement. In 2016, Clayton settled with a group of residents who had sued in 2014 to force a vote on a tax break package for the project, according to the Post-Dispatch. The settlement dropped the tax abatement from 50 percent to 20 percent.

Gale described Owens as the president of the corporation that is the city, and said that Owens made sure he did things by the book and that people understood why certain decisions were made. Gale said there have been two other recent downtown residential projects in addition to Two Twelve. She said it’s important to have more people living in the city’s downtown, and those projects contribute to goals in the city’s downtown master plan.

“So creating density was an important part of that master plan, and these three projects are doing that,” Gale said. “They are right in downtown, so it’s downtown living.”

Regarding his philosophy when it comes to tax abatements and other economic incentives, Owens said the starting point is understanding the actual needs the developer may have and analyzing whether the incentives requested are appropriate. In the end, he said his role is to make sure the governing body has good information to make its decision.

“The rest of it is up to the values consideration that each community has,” Owens said. “And that’s through the elected leadership, and then the community and public process, to decide: Is this the right thing for us?”

Owens will begin his employment with the city on July 1, and said at a public meeting in April that he planned to spend his first 30 days immersing himself in the community. He said that would include enjoying the music and other events the city offers and spending time in each city department, meeting with small groups of city staffers, and other activities such as sleeping in a fire station and going on a ride-along with police. He said the next phase would be spent talking to additional constituents and assessing city operations, which may or may not lead to adjustments. He said he would publicly report his observations after the first 100 days. 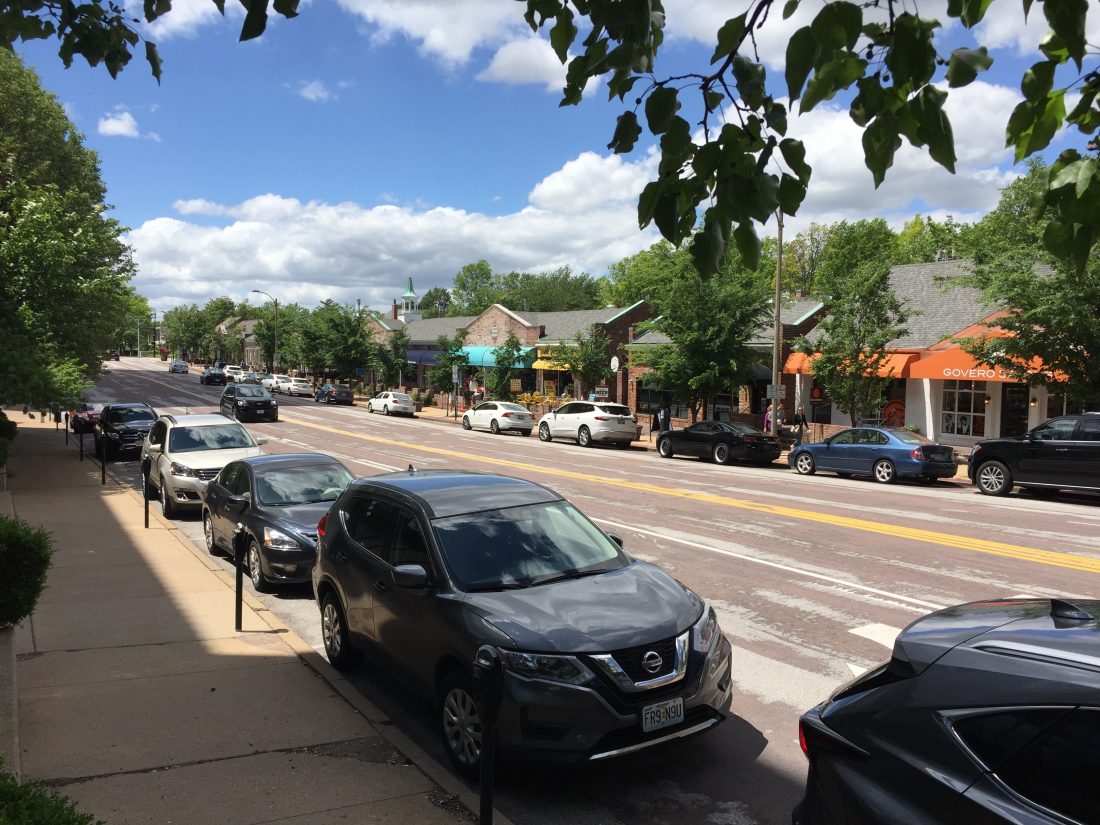