Planning commissioners share concerns regarding Airbnbs; potential changes to regulations to be discussed by city leaders 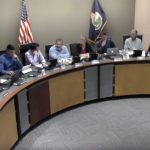 Planning commissioners have some of the same concerns as city leaders regarding certain Airbnb rental properties, queuing up a discussion of potential changes to the city’s recently established short-term-rental regulations.

Last month, Lawrence city commissioners hit pause on the consideration of permits for some Airbnb rental properties to ask major questions about how the properties should be regulated. Specifically, the commission voted to defer considering permits for three whole-home short-term rentals, where the property owner resides elsewhere, so it could get responses to questions posed by Commissioner Stuart Boley regarding affordable housing, taxing rates and potential time limits on the permits, among other topics.

Regarding the effect of short-term rentals on affordable housing, city staff notes in the report to the Planning Commission that while there is no data readily available for the Lawrence market, the higher income that can potentially be made by owners of whole-home short-term rentals could decrease the supply of long-term rentals and in turn increase long-term rental rates. Planning Director Scott McCullough told planning commissioners that larger cities are grappling with those effects, and while the scale is much smaller in Lawrence, it is something the city needs to monitor over time. As most of the whole-home short-term rentals are near downtown or the University of Kansas, planning commissioners did voice concerns about such rentals saturating neighborhoods and the consequences that could have.

Regarding tax rates, Boley had asked whether property owners of whole-house Airbnbs, some of which are LLCs that own multiple properties, should pay the commercial tax rate or remit the difference to the city annually as a requirement of the permit. For residential properties, taxes are levied based on 11.5 percent of a property’s appraised value, but for commercial and industrial properties, they’re levied at 25% of the value. City staff calculated that for a home valued at the city’s current median value of $185,000, the difference between the residential and commercial rate would be about $3,423. However, the city attorney’s office determined that the city cannot require the owner to remit the difference as it would constitute an illegal tax.

McCullough said that the taxing question isn’t really one for the city to determine and that the county appraiser’s office is waiting on direction from the state regarding how such uses should be assessed and categorized. Currently, all short-term rentals are taxed at the residential rate.

Planning commissioners agreed that they had significant concerns about corporate entities potentially taking over a large number of rentals and that they wanted instead to encourage local “mom and pop ownership.” However, they noted the time and cost of renewing a permit every three years could also potentially deter local ownership.

In September, the City Commission voted to begin regulating Airbnb properties and other short-term rentals, including the process that requires commission approval before a property owner who resides elsewhere can operate such a business. The special-use permit application triggers a notification of neighbors and must be reviewed by the Planning Commission and approved by the City Commission. For property owners who live at the property, the short-term rental use is a right but requires a license.

Other topics surrounding short-term rentals previously raised by the Planning Commission were also included in the agenda, and the commission discussed 28 topics as part of its meeting Wednesday. Those included requiring the city’s occupancy limit to be included in the online listings for short-term rentals as a condition of the permit and requiring the property owner’s contact information to be shared with neighbors. Staff responded that both those requirements could be added to the regulations, and planning commissioners expressed interest in doing so. All the discussion topics are available on the city’s website, Lawrenceks.org.

Some planning commissioners, though, voiced concern that micromanaging the short-term rentals could have other negative effects. Planning Commissioner David Carttar said that if the city makes the process too burdensome on property owners, it runs the risk of pushing those businesses to forgo the permit process and instead operate in ways the city can’t easily track.

McCullough said that the Planning Commission’s discussion on all 28 of the topics related to short-term rentals would be forwarded to the City Commission for consideration as part of its meeting May 14.