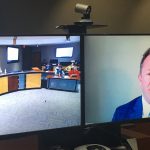 Mayor Lisa Larsen and the Lawrence City Commission, left, announces Craig Owens as Lawrence's new city manager, Monday, April 22, 2019, as Owens, right, speaks to the commission via video camera from Clayton, Mo., where he has served as city manager since 2008.

The current city manager of Clayton, Mo., will soon take over as Lawrence’s top nonelected official.

At a special meeting Monday, the Lawrence City Commission announced that Craig Owens had been selected as the city’s next city manager. Reading a prepared statement, Mayor Lisa Larsen said that the commission was impressed with Owens’ 25 years of progressive experience in city management, which includes serving in several states and other community involvement.

“Craig will be a great asset to our community, and I look forward to working with him as we continue to work toward creating a better city for all of our community members,” Larsen said.

Larsen noted that Owens has spent the last 10 years as the city manager in Clayton, Mo., which she said is considered to be the second downtown to St. Louis and is also home to two universities. She said he has worked at all levels of city management, including development, energy conservation projects and community engagement, as well as being on the board of the St. Louis-area nonprofit Beyond Housing, which deals with affordable housing and other community development issues.

Owens, originally from Overland Park, has been Clayton’s city manager since 2008. Previously, Owens worked for the cities of Rowlett, Texas; O’Fallon, Ill.; and Hazelwood, Mo. Owens and his wife, Elizabeth, have three children.

After a national search that yielded 24 applicants, the city narrowed the candidates to two finalists, the other finalist being Susan Sherman, who is currently the assistant city manager for Olathe.

About 30 people, including city staff members and members of the public, attended the meeting to hear the announcement. Commissioners spoke with Owens via video call, where he said it was a great honor to be selected as the city’s next manager and said that he was deeply appreciative of the chance to come to Lawrence. He said that he was excited to bring the experiences noted by Larsen to his new position.

“It seems like so many of the things that I’m so proud of, the next steps are right there in Lawrence,” Owens said.

As part of its meeting, the commission also unanimously approved Owens’ employment contract. Among compensation and benefits Owens will receive are an annual base salary of $200,000, deferred compensation contribution of 15 percent of his salary, automobile allowance of $7,800 and reimbursement for moving expenses up to $30,000, according to the contract. The contract of outgoing city manager Tom Markus, who was hired three years ago, called for an annual base salary of $190,000.

Commissioner Stuart Boley told Owens he was happy to be on the commission that selected him to be city manager and said that he was looking forward to working with Owens and hearing about the outcome of his 100-day plan.

At a public meeting earlier this month, Owens said he planned to spend his first 30 days immersing himself in the community. He said that would include spending time in each city department, meeting with small groups of city staff, and other activities such as sleeping in a fire station and going on a ride-along with police. He said the next phase would be spent talking to additional constituents and assessing city operations, which may or may not lead to adjustments. He said he would publicly report his observations after the first 100 days.

Vice Mayor Jennifer Ananda and Commissioner Matthew Herbert both said they were excited that Owens would be coming to Lawrence. Herbert said Lawrence will present Owens with new opportunities and challenges, and he appreciated that Owens was ready to take that on.

“I appreciate the attitude you brought to these conversations when we talk about what some of these challenges are going to be,” Herbert said. “And I think that your presence in our community is going to make it all that much better.”

Commissioner Leslie Soden was not present for the meeting, and Larsen noted at the beginning of the meeting that Soden was out of town and that there had been some problems getting her telephoned in.

Owens must move to the city within six months, according to the contract. He will begin employment July 1. 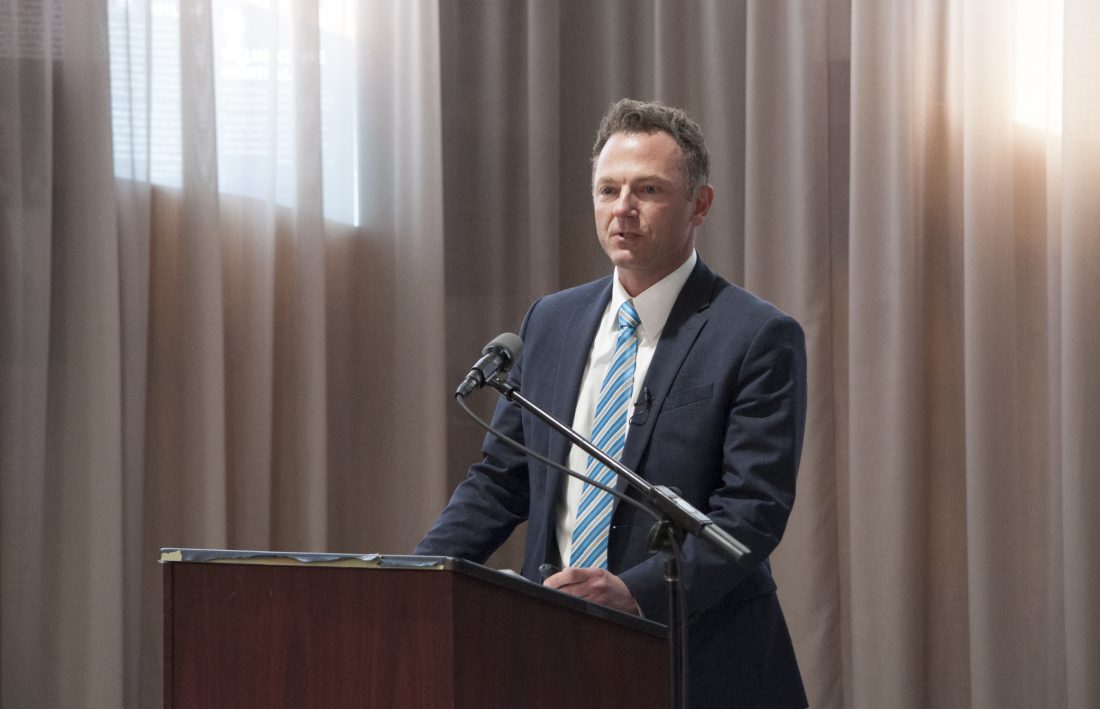