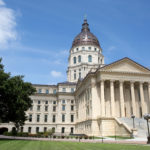 Topeka ? A special legislative committee will begin meeting Dec. 4 to examine possible responses to the Kansas Supreme Court’s latest decision in the ongoing school finance case, Gannon v. Kansas, and one of the responses the panel may consider is rewriting a part of the Kansas Constitution that has been at the heart of the legal controversy over school finance.

That provision, contained in Article 6, Section 6, is the one that says, “The legislature shall make suitable provision for finance of the educational interests of the state.”

That provision is similar to many other state constitutions. And in Kansas, as in those other states, courts have consistently ruled that in order to meet constitutional muster, states must fund their schools both adequately and equitably.

Adopted by a constitutional amendment in 1966, that is the provision that courts have relied upon in ruling that the Legislature has failed to adequately fund public schools. And it’s one that many conservatives in the Legislature say is long overdue for another look.

Courts have interpreted the provision to mean schools must receive enough money to carry out their duties and provide students with a quality education; and the money must be distributed equitably so that, for example, children in poor, high-minority districts do not receive an inferior education compared with students in wealthier suburban districts.

“I’d like to go back maybe, if I could, to 1966 and see if the folks that voted thought that ‘suitable’ meant adequate and equal, which they might, and that the word ‘equal’ means that the district I represent can no longer pay their utility bills from their own property taxes, that it meant we could no longer have protest petitions,” House Speaker Ron Ryckman, R-Olathe, said last month during a meeting of the Legislature’s top leadership.

Ryckman was referring to a long line of court cases, in Kansas and in other states, that say funding for public schools must be both adequate and equitable.

And more specifically, he was referring to a portion of the latest decision that struck down a provision of the new school funding formula that lawmakers passed this year, one that lets districts use “capital outlay” funds — which are typically used for big-ticket purchases like new equipment, furniture or heating and air-conditioning repairs — to pay utility bills as well because that put larger, wealthier districts like Olathe at a financial advantage over smaller, poorer districts.

Ryckman has not said whether he wants the committee to consider constitutional amendments, but during the meeting of the Legislative Coordinating Council when he first proposed it, he wouldn’t rule out that possibility.

“I wouldn’t want to limit the committee, but that was not to be the intent,” Ryckman said. “The words ‘suitable provision’ have been argued and ping-ponged back and forth for quite some time, regardless of who’s in charge of the Legislature, regardless of who the governor is. And it’s time to look at it, helping the courts and helping the Legislature decide what that word means.”

But Senate Minority Leader Anthony Hensley, D-Topeka, said he has grave concerns that the committee intends to do just that.

Some experts argue, however, that there is credible reason to agree that the “suitable finance” language was not the central issue when Kansas voters adopted the 1966 amendment.

Dale Dennis, the deputy education commissioner who began his career in 1967, the year after that amendment passed, said it was more about changing the governance of K-12 education, after Kansas had just gone through a tumultuous process of consolidating schools into the modern “unified school district” system.

The language about making “suitable provision” for financing schools appears to be generic language that was borrowed from other state constitutions, and Dennis said it wasn’t a major part of the discussion in 1966.

Whether or not the special committee gets around to reviewing Article 6 remains to be seen.

Rep. Blaine Finch, R-Ottawa, who has been named to chair the joint committee, said the panel will have other things to consider first.

“The charge to this committee was three-fold: to review and analyze the Gannon decision; to identify the responses available to the Legislature; and finally to explore options to reduce or eliminate the ongoing conflict over school finance,” Finch said during a phone interview.

“So if we’re looking at options to reduce or eliminate the ongoing cycle, that would be the category under which one could look at all sorts of options,” he said. “That would be something we would look at later in the process, but the first charge, or the first two charges, are going to be to review and analyze and look at the responses available, and the consequences of each of those.”

The committee is scheduled to meet for three days before the start of the 2018 session. The first meeting on Dec. 4, Finch said, will focus on reviewing and analyzing the Gannon decision. The second meeting, on Dec. 18, will focus on options for responding to the decision, including how much additional money the state may consider adding to the formula.

The final meeting, on Dec. 19, will focus on ways to avoid future litigation, and that’s the meeting in which people may offer proposed constitutional amendments.

Finch said he is not aware of anyone discussing any specific amendments currently. But he wouldn’t rule out the possibility of taking another look at the language in Article 6.

“My daughter is 17, and in the time she’s been in the public school system in Kansas there has been two threats of school closures, and I really think we need to do something to make sure that that does not happen again in the future,” he said. “I don’t know what that is yet. I think that’s what the legislative process is all about. But I think that it’s not at all unreasonable for the Legislature to come together and take a look at how do we do something different so we’re not repeating this cycle every eight to 10 years.”