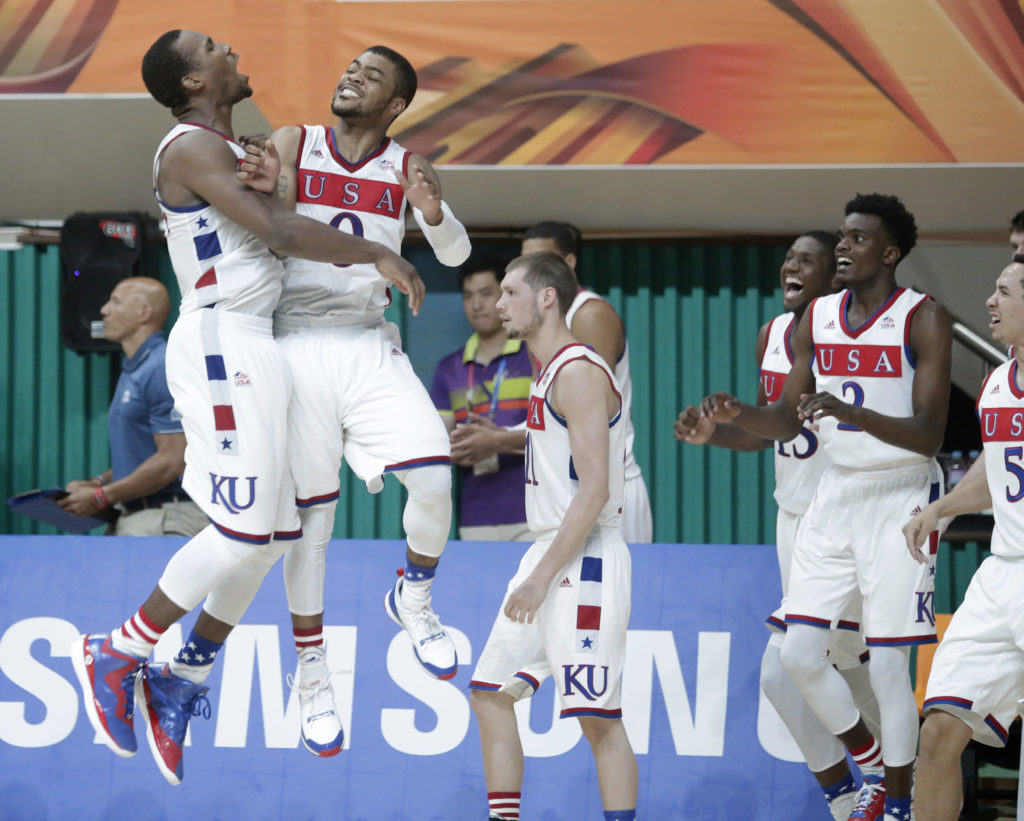 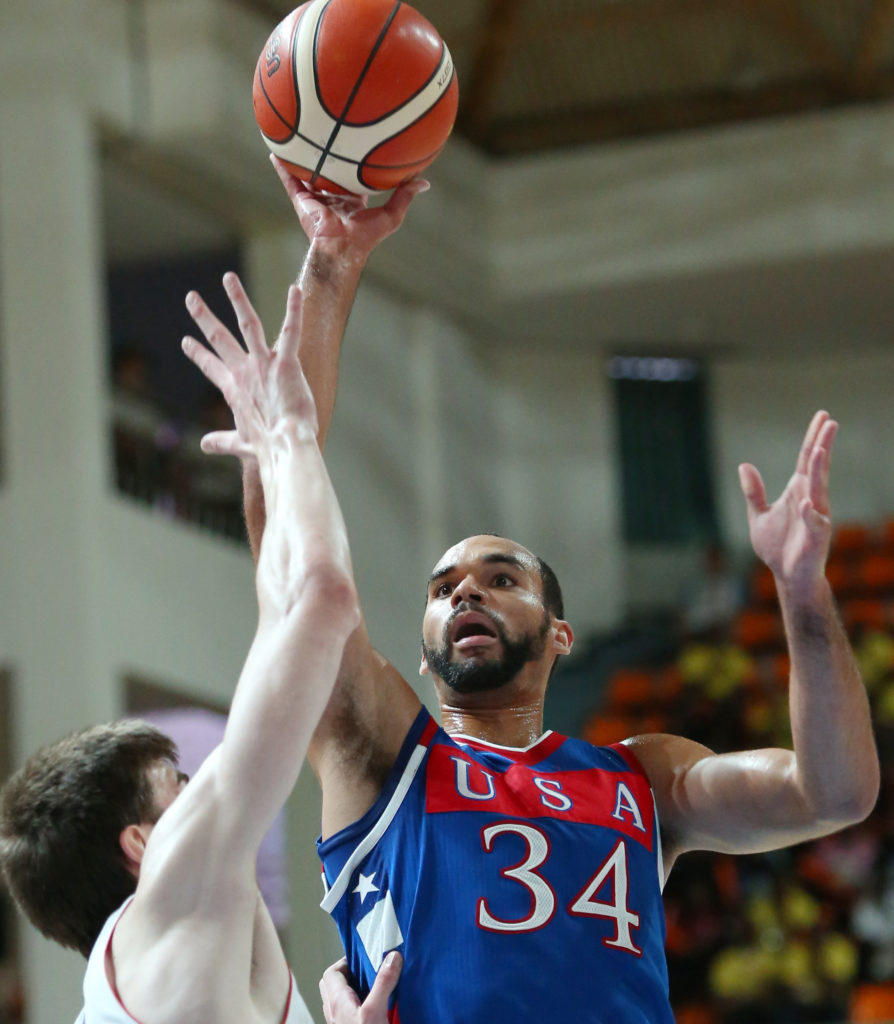 Kansas forward Perry Ellis (34) puts up a shot in Team USA's 78-68 semifinal victory against Russia on Sunday, July 12, 2015, at the World University Games in South Korea.

Mason’s late-game heroics versus the Germans helped KU return home with gold medals. The point guard hit two free throws in the final 30 seconds of the fourth quarter against Germany, as well as a layup in the final seconds of the first overtime that kept the U.S. alive. In the second OT, Mason found Selden for a three-pointer that pushed Team USA ahead for good in an 84-77 marathon.

Selden scored 154 points at the World University Games, tying him for third-most in U.S. history at the event, with Maryland’s Juan Dixon (2001). He led KU in scoring in four of the eight games, including his 22-point showing in the final, and hit 18 three-pointers. Selden also tied Ellis for the team lead in rebounds a game, at 6.5.

Ellis finished 10th in scoring at the Games, averaging 13.3 points, and posted a double-double (19 points and 10 rebounds) against Germany.

The Jayhawks helped the USA win gold at the World University games for the first time since 2005 and the 14th time overall.