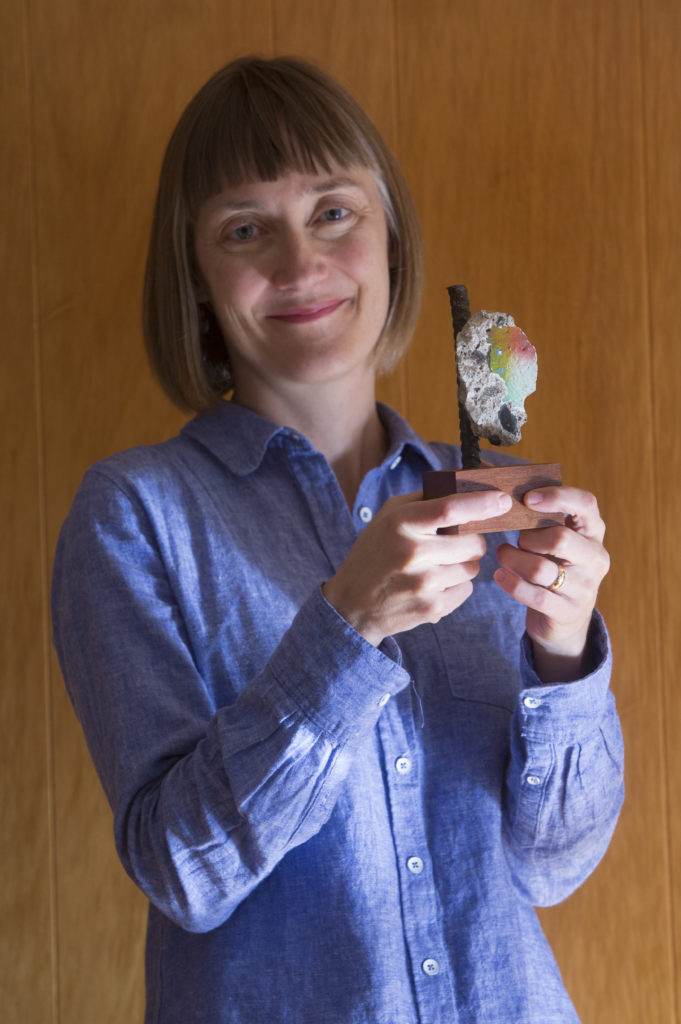 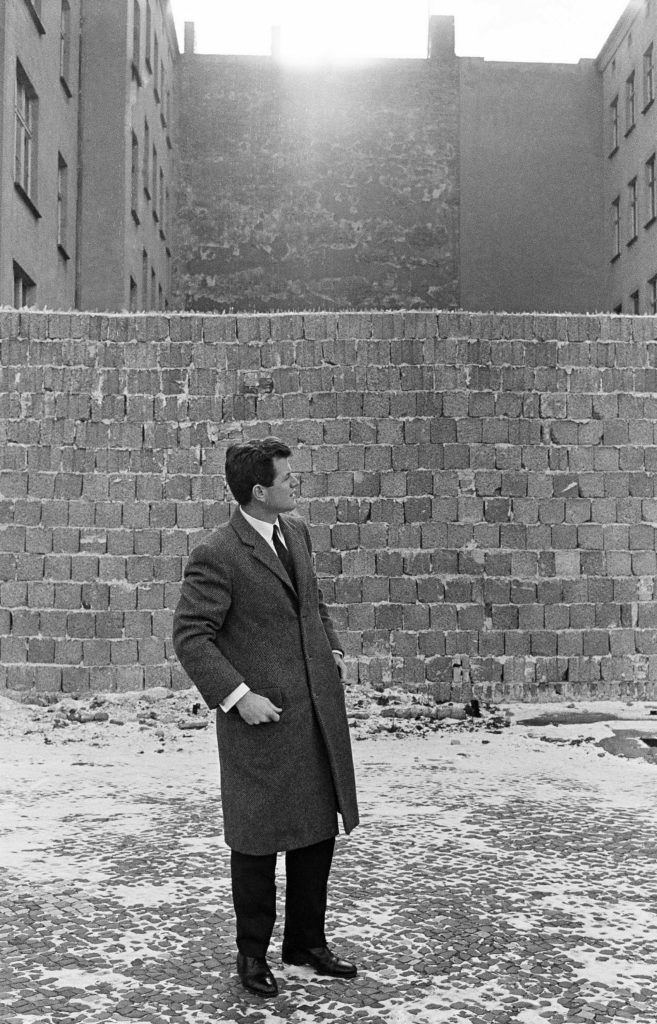 Kansas University associate professor of history Nathan Wood will give a lecture titled “Taking Stock: 25 Years Since the Fall of the Wall” at noon Tuesday at room 318 of Bailey Hall, 1440 Jayhawk Blvd. on the KU campus. The talk will focus on changes in the Berlin region since Nov. 9, 1989.

As Marike Janzen remembers, the crowd around the Berlin Wall when it fell was joyful but, at the same time, solemn.

After all, people had died trying to cross it, Janzen said. “The wall was this really violent thing.”

Sunday marks the 25th anniversary of the day the wall came down, reopening a barrier between West Germany and Communist East Germany.

Janzen is one of several Kansas University professors who experienced the historic event firsthand, or whose experiences with the wall led them to study its social and political impact on the world.

The assistant professor of humanities and coordinator of KU’s Peace and Conflict Studies Program was 17 when the wall fell. She had spent that fall in Germany, where her mother was born, while her parents were doing academic research in the country.

It had been an eventful time in Berlin, with demonstrations and political activity afoot.

“Things were moving and changing,” Janzen said. “There was kind of this sense that something was going to happen.”

On Nov. 9, 1989, Janzen was at her aunt’s house in West Berlin. She and her cousin had been out but went home early because her cousin had school the next day, she said. The next morning, her aunt came home from running errands and reported she’d heard the wall was down.

“We went straight to the Brandenburg Gate,” Janzen said.

Throngs of others had the same idea — they wanted to see for themselves.

Lorie Vanchena made her way into the crowd, too.

Vanchena is an associate professor in Germanic Languages and Literatures and academic director of KU’s European Studies Program. In 1989, she was living in Bonn, West Germany, and boarded a “very crowded” train for Berlin after hearing about the fall.

Vanchena had experienced the fear-inducing process of crossing the wall — even as an American doing so through appropriate channels — several times before, while researching in Berlin and years earlier, during a 1982 summer language program she participated in as a college student.

One rule was that no printed literature was to be taken from West into East Berlin, Vanchena said. She learned firsthand that guards at Checkpoint Charlie took that very seriously.

The college language program group took a bus tour from West Berlin into East Berlin. After the bus deposited them back in West Berlin, she and some friends decided to go back to see more of East Berlin on foot.

Guards stopped her at Checkpoint Charlie and searched her backpack. Inside they found printed material — the East Berlin tourist brochures from that morning — and refused to let her cross back into East Berlin.

“The wall was so ugly, so dangerous, so foreboding and so solid and concrete,” Vanchena said. “It was scary.”

On its surface, the fall of the wall was cause for celebration. To many it represented freedom conquering oppression.

But professors say the fallout was much more complex.

The initial euphoria did not last.

“The Berlin Wall was the symbol — a very clear symbol — for the much larger Iron Curtain that divided East and West Europe,” Vanchena said.

In the past 25 years, wonderful things have grown out of its disappearance, Vanchena said. But it also generated problems that have yet to be solved.

The professors said that, among other things, East Germans were looked down on. And as the country worked to unify, many lost jobs and families broke up as some left for new opportunities. Many East Germans lost the lives and stability they once enjoyed.

“All of a sudden that was over and people told them that had been bad,” Janzen said.

Nathan Wood is an associate professor of history whose focus is 19th and 20th century East Central Europe, particularly Poland.

His interest in the topic started as a teen watching TV news coverage of the fall. He took a high school course about it and later went to Poland on a church mission.

Via email from Poland this week, Wood said it’s important for people in Lawrence and the United States not to be too triumphant about the wall’s collapse.

“You could certainly say that the U.S. won the Cold War, but the dominance of the market and neoliberal thinking has not led to ideal conditions in the region,” he said.

Wood said Poles and other Eastern Europeans now have overall better living conditions, but there are those for whom the shift to capitalism has been “extremely difficult.” In particular, he said, the elderly, some working class and some rural residents have been left behind.

There’s a German term, “Ostalgie,” coined to describe a sort of nostalgia for that Communist past, Wood said.

All three professors incorporate the history of the Berlin Wall into various courses they teach.

These days, most of their students weren’t born when the wall fell. But they say students are consistently interested in the subject.

“I work it in wherever I can,” Vanchena said. “It’s fascinating, and I experienced it.”