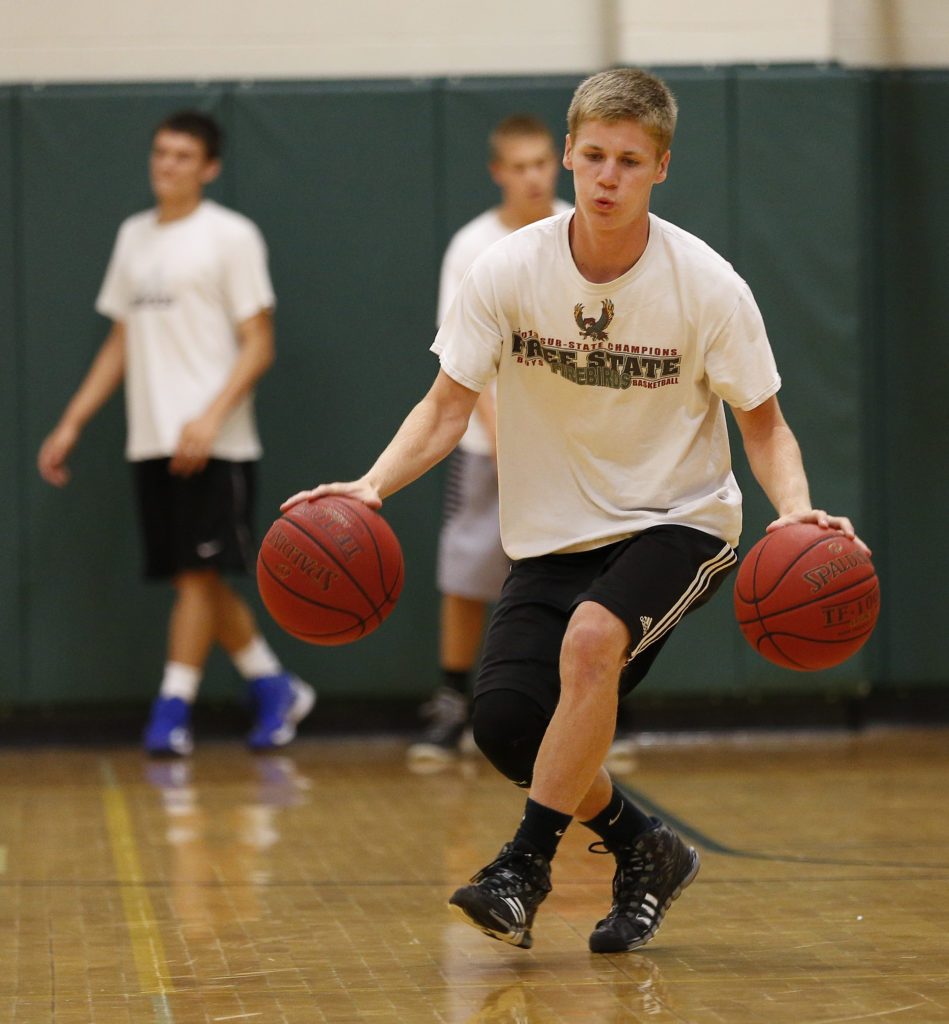 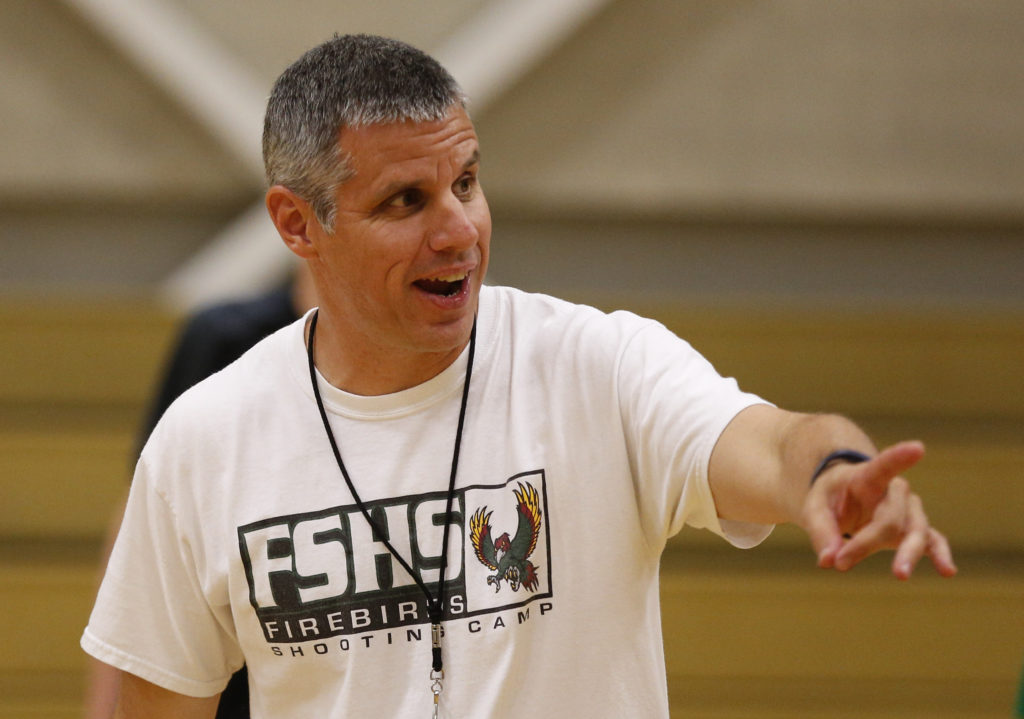 For a group of players who don’t have much varsity experience and haven’t played in many games together, Free State’s boys basketball team has to be pleased so far this summer.

The Firebirds went 5-3 in the KAMO boys’ team shootout a few weeks ago and also played well against opponents in a summer league at Blue Valley West.

They might not boast the size or athleticism of other teams but that hasn’t stopped them from making progress throughout the summer and competing against traditionally strong schools.

“From the first tournament to the KAMO … the KAMO, we played really good,” senior Justin Narcomey said. “I think we came Elite 8 or something like that in the (varsity) bracket. I was really happy. We competed with every team. Besides, (one) game, I think we either won or lost by like 5. It was close every game.”

The Firebirds will play in the Lawrence MAYB Tournament this weekend, and send some of the younger players to a tournament in Eudora next week as the team summer workouts come to a close by the end of the month.

“The KAMO tournament was good for us,” FSHS coach Chuck Law said. “We played a lot of good competition. We competed very well. We had a couple of games where we didn’t make shots, and we’re going to be pretty dependent on making shots because we’re perimeter (team) based on our personnel. But other than that, it was a really good weekend for us.”

After losing seven seniors to graduation, Narcomey and senior Weston Hack are left as the main players who return from the varsity rotation last season. Now, they’re learning to play in bigger roles and with new faces.

“The chemistry is coming together,” Narcomey said. “Some of these people, we’ve never played really much with, except at workouts. Now we’re getting actual game experience with them, and we’re developing good chemistry and just know where people will be and where to get good shots. … There’s still learning curves but we’re getting there.”

One of the biggest keys for the Firebirds will be getting players to step up into new roles that ask more out of them as they prepare for the upcoming season. Fortunately, they still have plenty of time before November.

“We’ve got a lot of guys who are kind of used to being role players based on what they’ve been in the program up to this particular point,” Law said. “Not among their roles was a leadership role. We’re going to have to some guys step up and provide that leadership and be more vocal. When you haven’t done that and that’s not what your personality is, it’s a real challenge.”