Here are some news items and notes regarding schools in the area: 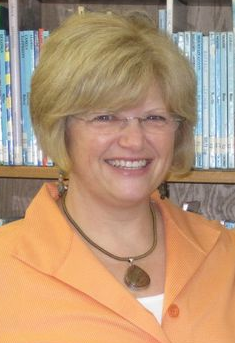 Brandi Turner soon will be headed to New York City with one of her favorite teachers.

Turner, who is librarian at Perry Elementary School, will be slated to fly to the Big Apple with none other than Leslie Campbell, who had been her second grade teacher at — that’s right — Perry Elementary.

That’s because Campbell — now library media specialist at Prairie Park School in Lawrence — has been named “America’s Favorite Teacher” through the Run & Hug Contest, an online poll sponsored by WhitePages.

As the contest winner, with 47,141 online votes, Campbell gets $1,000 and the opportunity to fly to New York for the presentation. Turner gets to join her.

“Mrs. Campbell truly is an amazing teacher and person,” Turner says. “As my second grade teacher, I remember her caring voice, her sucking on cough drops while reading to us, her kind words if you were worried or upset, her helpful ways in encouraging positive friendships, and, most importantly, her display of the importance of receiving the most out of education as possible.

“I look forward to reuniting with Mrs. Campbell in New York to thank her in person.”

Campbell taught at Perry from 1984 to 1994, and Turner was in Campbell’s first class. And it was Campbell’s influence that helped convince Turner to become a teacher.

Campbell didn’t know that her former student had nominated her for the award, nor did she know about the glowing nomination letter she’d written for all to see on the contest’s website.

“When I read the submission, it made me cry because I am so moved by her kind words and fond memories of our second grade that I too share,” Campbell says. “I have been contacted by many former students because of this nomination and cannot express the joy it brings me.

“I have been teaching for 28 years and it is the connections I make with students that are so rewarding.”

A graduate of Free State High School is preparing to walk down the hill for Kansas University — and he’ll have hundreds of others following along.

Mason Heilman, who is set to receive a bachelor’s degree in secondary-level education and political science, has been chosen to carry the School of Education banner during Kansas University’s Commencement.

Heilman is one of 13 students chosen for the honor. The students will lead their fellow graduates down Mount Oread and into Memorial Stadium beginning at 10:30 a.m. May 22. The banner carriers then join university officials in sitting on a platform in the stadium during the ceremonial conferring of degrees.

The ceremony will be the 139th Commencement at KU, and banner carriers have been part of the annual procession since 1908.

Here’s a shout-out to all the young journalists over at Lawrence High School, and especially the ones who recently won awards during last week’s Journalism Educators of Metropolitan Kansas City Awards Night.

Among students winning individual honors for newspaper and yearbook work, she said: