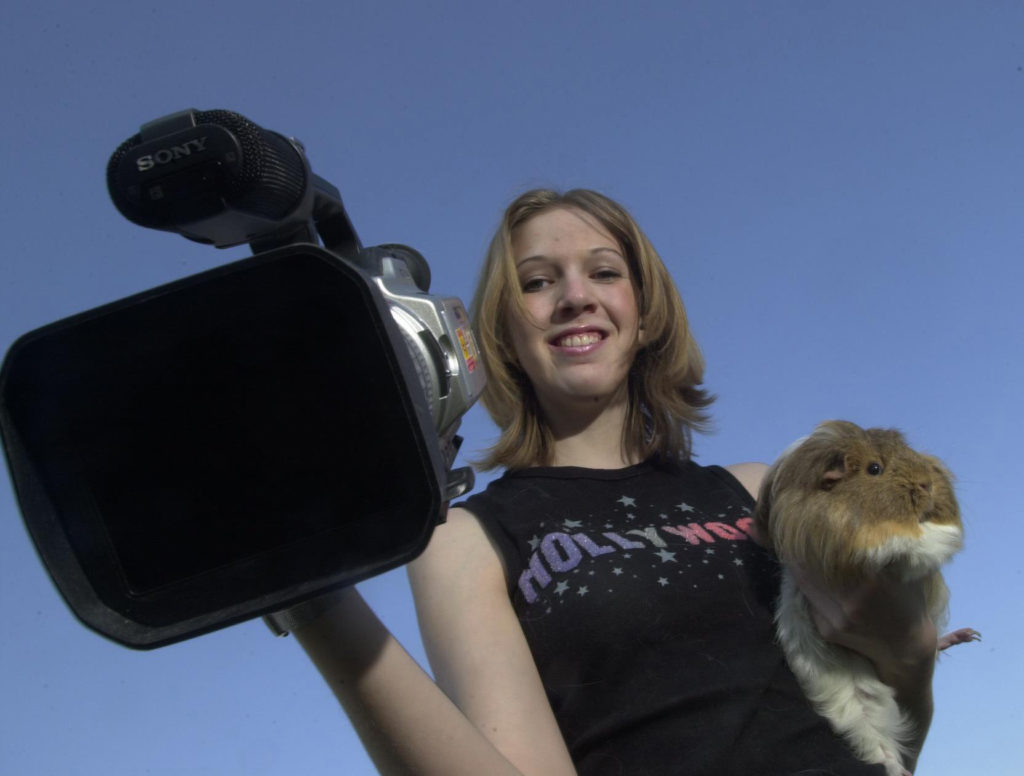 Alyssa Buecker poses with a guinea pig in this 2002 file photo. Buecker, who was home-schooled, gained national attention for her movies about guinea pigs.

Alyssa Buecker might be one of the most famous home school students to come from Lawrence.

At the very least, she’s the most famous home-schooler to make movies starring guinea pigs.

In 1999, when she was 13 years old, her “Guinea Pigs from Mars” video won first place at the KAN Film Festival, and HBO started to air her movies on HBO Family. The KAN Film Festival is a nonprofit organization that is free and open to the public and allows students the opportunity to show their films and gain recognition for their work.

Buecker’s last movie, “Carrot Wars,” aired on the HBO Family Channel in 2000. Buecker says that film, a parody of “Star Wars,” was her most successful and is available for rental at Liberty Hall, 644 Mass., and the Lawrence Public Library, 707 Vt.

“She was like a one-girl art machine at home,” Pistorius says.

Pistorius, a Lawrence freelance writer, says she feared her daughter’s creativity would be stifled in public school and decided to home school her. Pistorius has elementary and secondary teacher certificates from Illinois, where she used to live.

“Most of my friends went to public school, so they saw their other friends every day,” she says. “It was hard for me to fit in when I saw a lot of them. … I am still shy sometimes, but I think I’m pretty much like all my friends in college now.”

Now, Buecker is a Kansas University student majoring in East Asian languages and cultures with an emphasis in Japanese.

Though she hasn’t made a movie since “Carrot Wars,” Buecker is still around animals. Now, she works at the Lawrence Humane Society.

“Unfortunately, my very last guinea pig just recently died,” she says. “Perhaps I will adopt the next one that comes into the Humane Society – who knows?”