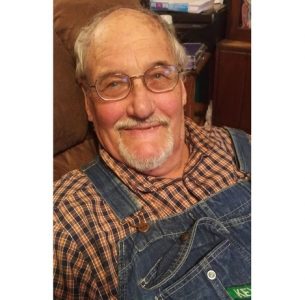 Memorial services for Gary Lynn Ward, 73, Lawrence, will be held at 10:00 a.m. Saturday, March 6, 2021 at First Christian Church in Lawrence. Gary passed away on Thursday, February 25, 2021 at St. Francis Hospital in Topeka. Private family burial will be held at Welda Cemetery in Welda, KS.

Gary was born on October 18, 1947 in Kansas City, KS, the son of Buford Lionel and Marcia Jean (Wade) Ward.

He was an avid collector of records and vintage radios. He loved going to auctions and fixing old radios. He helped everyone he met and gave to many charities.

He was a member of the First Christian Church.

He worked for Southern Star Pipeline for 43 years before retiring in 2010.

He married Deborah Manning and were divorced. He later married Theresa A. Terry’ Howe on March 4, 1995 in Lawrence. She preceded him in death on February 9, 2009. He was also preceded in death by both his parents and his youngest brother, Bart Ward.

The family will greet friends from 6 – 8 p.m. on Friday, March 5, 2021 at Warren-McElwain Mortuary in Lawrence.

Memorial contributions may be made in Gary's name to Family Promise of Lawrence and may be sent in care of Warren-McElwain Mortuary, 120 W. 13th Street, Lawrence, KS 66044.