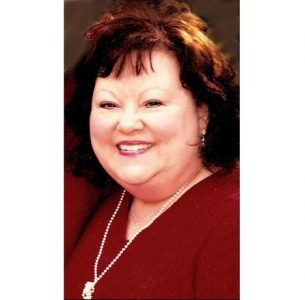 Sharon Kay Queen, 63, of Lawrence, KS, passed away Sept. 22, 2020 after fighting blood clots. She died at KU Medical Center with her husband by her side. Private family graveside service 11:00 am Mon., Sept. 28, 2020 at De Soto Cemetery, De Soto, KS where she will be laid to rest next to her parents. Arrangements: Bruce Funeral Home, Gardner, KS (913) 856-7111. In lieu of flowers memorial contributions may be made to the Lawrence Humane Society, 1805 E. 19th St., Lawrence, KS. Condolences may be left at www.brucefuneralhome.com

Sharon was born Feb. 12, 1957 in Lawrence and grew up in De Soto, KS. She was the daughter of Charles Wayne and Anna Ruth Dicken who have preceded her in death. Sharon met her husband in Nov. of 1998, got engaged six months later and was married on Sept. 11, 1999 to Timothy K. Queen. She graduated from De Soto High School in 1975 where she participated in many activities including being the head cheerleader her senior year. Sharon went on to attend Mid-America Nazarene Univ. graduating with a major in Art in 1979. She worked at several jobs throughout her life. Sharon enjoyed doing artwork particularly making cards for friends and family. She was a member of the De Soto Baptist Church where she was active in ABW and bible studies. Sharon was a founding member of the Master Food Volunteers program run by the Kansas State Extension Office in Lawrence. She served as President of the organization for multiple terms. Sharon enjoyed going out into the community sharing cooking tips and food safety. Sharon enjoyed collecting recipes, making them her own and cooking. She was never a mom in the traditional sense, but she was a "Dog Mom" to Cody, Short Stuff, Cloey, Lady Claire and Sophie which brought her great joy. Her greatest joy she would tell her husband was that of being his wife. Sharon will be missed by family and friends.