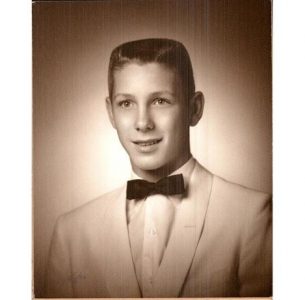 Dwight had a long career as a developer and home builder in the Lawrence area. He is a past president of the Lawrence Home Builders Association and was a state director for the Kansas Building Industry Association. He enjoyed golf, woodworking, and then fishing in his later years. His construction shop was a gathering place for many friends to share coffee, stories, woodworking projects and an occasional beer. He will be remembered by his family for his wisdom, humor and quick wit.

He married Barbara Robbins on September 30, 1961. She survives of the home.

In lieu of flowers, memorial contributions may be made to Peaslee Tech's Carpentry Program or Habitat for Humanity and sent in care of Warren-McElwain Mortuary, 120 W. 13th Street, Lawrence, KS 66044. The family wishes to express their gratitude to the caregivers at the LMH Oncology Center for their dedicated and kind support.

For more information or to post a condolence, please visit warrenmcelwain.com.