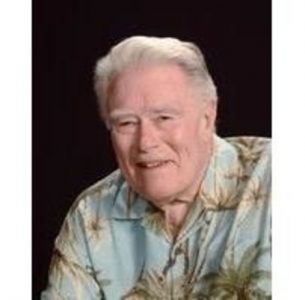 Donald LeeRoy Kearns, 83, formerly of Lawrence, passed away September 8, 2020 at the Bailey Family Center for Caring in St. Augustine, FL. Don was born December 18, 1936 in Concordia, KS the son of Merle and Veronica (Babe) Rogers Kearns. The family later moved to Atchison, KS where his father was a conductor on the Atchison, Topeka and Santa Fe Railroad. After high school, he served in the US Army and attended St. Benedict's College in Atchison later transferring to Kansas State University in Manhattan, KS. Don served the State of Kansas for 40 years beginning in 1962 as a State Trooper with the Kansas Highway Patrol. In 1977, he was appointed as Director of Parking at the University of Kansas, in Lawrence, where he oversaw the reorganization of the department, established a parking program and managed the building of two major parking garages and department offices at the University. Additionally, Don was recognized as a leader in the parking industry, serving many years in elected positions as Secretary-Treasurer, Vice Chairman and Chairman on the Board of Directors of the International Parking Institute (IPI). IPI is a parking trade organization having at that time more than 1,400 members in 20 countries. Following a 25 year career at the University of Kansas, he retired in 2002. Don also served in several volunteer roles on committees and boards for various community organizations and his church. In 2008, Don and his wife relocated to St. Augustine, Florida. He was a member of the First United Methodist Church of St. Augustine. Don is survived by his wife of 37 years, Diane Runn Smith Kearns, and six children: Robin Hayes (Pat) of Lafayette, CA; Trish Votaw (Tim) of Lawrence, KS; Dorinda von Tersch (Malloy Pohrer) of Orange, CA; Joe Kearns of Mission, KS; Kristen Atkinson (Don) of Olathe, KS; and Ryan Kearns (Dani) of Glenview, IL; eleven grandchildren, five great-grandchildren and former wife, Carol von Tersch. His parents, Merle and Babe; and his brother and sister-in-law, Robert and Doris Kearns of Topeka, KS preceded him in death. There will be a private family service on September 29 and a celebration of Don's life will be held when conditions permit. In lieu of flowers, the family suggests memorial contributions to First United Methodist Church of St. Augustine.