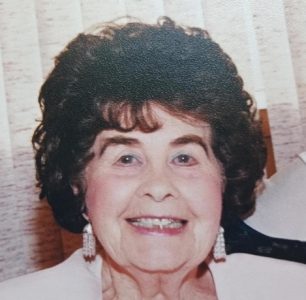 Ruth grew up and was raised in Germany. She attended and graduated High School from a Germany Catholic School. She moved with her husband to Colorado Spring, CO in 1957 and then in to Fort Hood, NC until moving to Baldwin City, KS in 1967.

Ruth was a housekeeper most of her life working mainly at Watkins Hospital for over twenty years and the as a housekeeper and cook for the Pi Phi sorority at the University of Kansas for twenty-three years.

She was a member of the New Life Assembly of God Church of Baldwin City as well as a member of the A.S.P.C.A. Ruth loved her job. Even when she was home she was ready to clean and then cook for her family and friends. She made the best German Cheesecake ever. Her other food item specialty was German potato balls. She loved her family and was always excited to spend time with them. She loved animals, especially all of her dogs. For a time she even had horses and a cow that she cared for. She trained dogs for many years with Lloyd and always had a special way with them. Ruth was very proud that she was able to speak three different languages; French, English, and German.