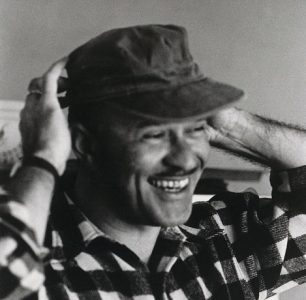 C. Richard (Dick) Robins was born 25 November, 1928, in Harrisburg, PA, the third and last child of Helen Ayers Robins and Claude Revere Robins. He died peacefully on 12 November 2020 of natural causes, secure in the knowledge of loving family and friends. He had been baptized as an infant by his maternal grandfather, a circuit riding pastor for the EUB. His siblings, Marguerite Brice and Robert L. Robins predeceased him.

Dick lived a long, productive, successful life with many accomplishments and awards in the field of ichthyology, the study of fishes. He received his PhD from Cornell University in 1954. A properly raised lad, he often pointed out that his later accumulation of colorful language began when he encountered as classmates returning veterans of the Korean War. His doctoral dissertation concerned North American freshwater fishes of the genus Cottus.

He entered the US Army as a private after receiving his doctorate, assigned with a group of other ichthyologists, to Ft. Detrick, MD, the biological warfare laboratory. While forming significant professional relationships there, he also, as he said, "received a lot of shots."

He arrived at the then young University of Miami Marine Laboratory (UM) in 1956. During his career there he delineated the fish fauna of the tropical Atlantic. He authored or coauthored more than 200 research papers while mentoring 31 PhD students and 14 Master of Science students, many of whom became notable in their own careers. In addition to oceanographic expeditions to Africa and the deep ocean near the Bahamas, he participated in numerous submarine surveys, including one to Cuba. He coauthored with Carleton Ray, The Peterson Guide to Atlantic Coast Fishes. He voluntarily taught undergraduate courses in environmental issues, an outgrowth of serving on Environmental Protection Agency panels.

After retirement from UM, he moved to Lawrence, KS where he was graciously received as Professor Emeritus, serving as an active member of the ichthyology program at the University of Kansas for several years. Dick loved animals of all types and showed great devotion to the many dogs and cats that populated his life.

As news of his death spread, the most frequent comments his family of three children and two grandsons received were those of love for his generosity and kindness. He was also scientifically generous, sharing coauthorship of many papers with others in his field.

The family wishes to thank Elaine Kennedy MD, Nurses Carrie Enick and Tara Lewis for their dedicated care. Special thanks to the staff of BridgeHaven for their exceptional kindnesses.

Gifts in his name to the Lawrence Humane Society or Just Food, sent in care of Rumsey-Yost Funeral Home, PO Box 1260, Lawrence, KS 66044.

Service and inurnment at Trinity Episcopal delayed until a Covid vaccine is available.

Condolences may be sent at rumsey-yost.com.