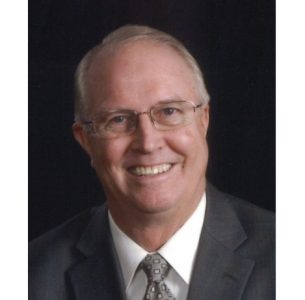 Kent was born on October 22, 1950, in Oakley, Kansas, the son of Harold O. and Betty (Gatlin) Beisner. Kent studied pharmacy at the University of Arizona and earned a Bachelor's Degree in Business from Baker University. He played golf and basketball in college. He was united in marriage to Diana (Olberding) Beisner on April 30, 1976, at Sacred Heart Catholic Church in Colby, Kansas, and had a beautiful marriage for 44 years. Together they have three children, Kyle, Keith, and Elizabeth.

He lived a full and vibrant life. He was truly a friend to everyone he met and a mentor to many people in all aspects of his life and professional career. His smile and humor were infectious (dad jokes included). Spending time with his wife, children, and grandchildren brought him so much joy.

Kent had a wonderful career and was a beloved leader. He was in the beer and beverage distribution business for over 33 years. He was Vice-President and General Manager of V & M Distributing, Inc., a family-owned Coors & Miller Distributor in Colby, Kansas from 1976 to 1989. Kent was Vice-President and General Manager for Jayhawk Beverage, Inc. & DeBauge Brothers, Inc. Coors, Boulevard and Miller Distributors, from 1970 to 2008. Kent joined the Kansas Chamber in 2008 and served in several positions including President & CEO and Chief Operating Officer. He was also on the Leadership Kansas advisory board. In addition, he served on multiple boards and was a member of, or affiliated with, many organizations during his career.

After retiring in March 2018, he served as a managing partner for Professional Pile Solutions, LLC, a small business with his son, Keith, as well as an insurance agent. He continued to be involved with the Chamber, the Chamber PAC, Leadership Kansas and Rotary. Much of his time was also spent on the golf course – his passion and hobby that he was truly exceptional at.

Mass of Christian Burial will be at held at 10:00 a.m. on Friday, December 4, 2020 at St. John the Evangelist Catholic Church, 1234 Kentucky Street, Lawrence, Kansas or may be live-streamed at fjevangelist.com\live.

Private family inurnment will be at Pioneer Cemetery in Lawrence.

Friday visitation will be from 9:30 a.m. until the Mass begins.

For those attending in person, masks will be required and social distancing will be practiced.

In lieu of flowers, memorial contributions may be made to Jayhawk Breakfast Rotary Club or St. John the Evangelist Catholic Church.

Condolences may be left by guest book at www.warrenmcelwain.com.