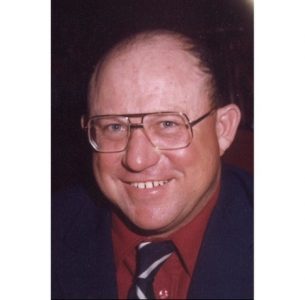 Russell Tuckel died at 11:58am on Sunday, April 26th, 2020, at home, under brief hospice care as the hydronephrosis of the kidneys and other complications from prostate cancer took over his failing body. His wife and daughter were beside him to assist in his journey to the Finish Line of Life. It was a peaceful passing, and once he decided to go down this road, he never wavered.

Russell Leon Tuckel was born March 5, 1943, in Lawrence, Kansas, to Russell Sr. and Dora (Hunsinger) Tuckel. He spent his life in Douglas County, never far from his father's farm on Farmer's Turnpike Road. You can take the man out of the county, but you can't take the county out of the man.

He, along with his parents and brother, operated a small cow/calf operation of Black Angus cattle, alongside farming and haying. After graduation from Lawrence High School in 1961, he attended Kansas State Teacher's College in Emporia, Kansas, with an eye towards a degree in teaching wood-working and shop. The pleasures of Emporia (good hunting and fishing) possibly beckoned too much to him to worry about a degree. He entered the construction business, eventually co-owning a contracting and real estate development business (mainly apartments and shopping centers).

Russell was most happy operating any machine with attachments (such as tractors, bull dozers, backhoes, etc…the bigger the better). He knew practically everything about anything and could repair most any engine/build anything small or large/invent efficient "improvements" to any device…if he could not repair it, he would think and think and think about the problem until he solved it mentally, then it would be fixed by him, hands-on.

Russell enjoyed life and owned single propeller airplanes for years, flying in and out of his backyard on Peterson Road.

He was ambitious, friendly, and helpful to neighbors. You couldn't ask for more.

Russell is survived by Penny J. Tuckel, his wife, and their daughter, Elizabeth from Seattle, WA, and his brother Roger Tuckel of Maple Hill, KS (well known as the Lawrence Feed Store owner).

Russell left on his terms, exactly as he lived his life. Well done. His body was cremated.

A Tribute to Russell Tuckel will be held in November and will be announced later. Condolences may be sent to the family in care of Warren-McElwain Mortuary, 120 W. 13th Street, Lawrence, KS 66044.