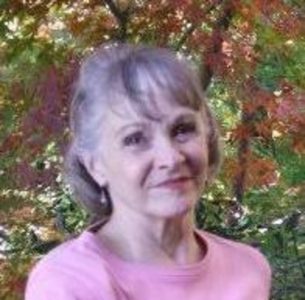 Anne Patricia Garlinghouse passed away in Vancouver, Washington on September 14, 2019. She was 76.

Anne was born on August 5, 1943 in Topeka, Kansas. Anne was very bright and determinedly pursued challenging educational opportunities in an era when they were not readily available to women like her. She graduated from Topeka High School in 1961. She earned a bachelor’s degree in Spanish in 1965 as well as a master’s degree in speech and communications in 1978 from the University of Kansas. She received her law degree from Washburn University in 1985.

Anne was intellectually curious, spirited and independent. She followed her heart and her passions across multiple professions and geographies. In addition to being a mother, step-mother and grandmother, she worked as an office manager in San Francisco; she opened and ran a yoga and new age healing center in Lawrence, Kansas; and she sold real estate in both Lawrence, Kansas and Vancouver, Washington. She was most proud of the law practice that she co-founded in the 1980s in Topeka, Kansas, where she practiced family law and helped indigent clients fight credit cases against big companies.

Anne was extremely brave. Her cancer was very advanced when it was diagnosed. She accepted her diagnosis and never once asked why this had happened to her; instead, she resolved to make the most of the precious little time she had left with her close family and friends. Just as she would have done to an opposing counsel, she looked cancer straight in the eye and never backed down. While cancer ultimately took her from us, we are convinced she gave it a run for its money.

Anne is survived by her son Todd Reamon, of Point Richmond, California; her son Derek Reamon and his wife Katy Reamon, of Boulder, Colorado; Todd’s sons, Tennessee and Eli; and Derek’s sons, Brett and Mark. Anne was predeceased by her parents, Wendell and Ella, and her beloved brother, David.

No public services are planned at this time. In lieu of flowers or gifts, Anne’s family encourages you to remember her in a way that honors her life and your connection to her, whether it is going for a long walk in nature, having a glass of wine and great food with friends or family, wearing purple (her favorite color) or adopting a rescue animal. We know that she would be especially tickled if it were something unexpected or irreverent.