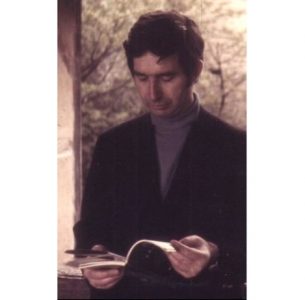 Jean-Pierre Boon’s funeral and burial will be at sea, off the coast of California as a joint ceremony with his predeceased wife, Marjorie. He died on September 1, 2019 at Brandon Woods at Alvamar in Lawrence, KS.

Jean-Pierre was a graduate of Columbia University, in New York City, where he earned his PH.D. He was a longtime member of the Kansas University Faulty, Teaching Renaissance Studies, as well as French Film and Literature, in the Department of French and Italian.

He was born on May 10, 1929, in New York City. He spent his childhood and adolescence in Europe, where he served in the United States Army, graduating with honors from the European Command Military Intelligence School in Oberammergau, Germany.

In 1972 he married Marjorie Lane Baerg, his colleague at the University of Kansas. She preceded him in death in 2009.

Widely published in leading Academic Journals, he was awarded the Congressional Order of Merit in 2005. He was a member of the Heritage Foundation, of the American Civil Rights Union, of the Spirit of the Kaw Valley Association, of the Salvation Army, of the Center for the Study of Popular Culture, and of the Claremont Institute for the Study of Statesmanship and Political Philosophy.

Memorial contributions may be made in his name to the Lied Center and may be sent in care of Warren-McElwain Mortuary, 120 W. 13th Street, Lawrence, KS 66044.