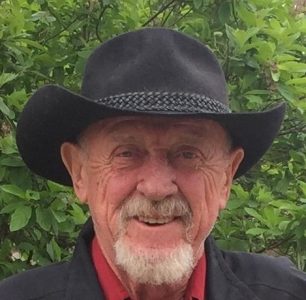 HANDLEY, Ralph Eugene (85) passed away peacefully at his Lake Fenton home on Sunday, October 20, 2019. He was preceded in death by his parents Clarence Theodore Handley and Effa Bell (Hancock) Handley of Linwood, Kansas, and brother-in-law Clarence Irvin (Butch) Mills. Ralph is survived by his wife of 62 years, Maxine Ann (Mills) Handley, brother James Robert Handley (Nita Lee) of Overland Park, Kansas; daughter Marilyn Joyce Henk (Michael) of Fenton, Michigan, granddaughter Jill Suzanne Miller (Robert) and great granddaughter Theodora (Teddy) of Los Angeles; son Stephen David Handley (Anna) of Fenton, Michigan, and granddaughters Deanna and Vanessa Handley of Novi, Michigan. Ralph's surviving family also includes sisters-in-law Barbara Mills Larison (Duane), Jeannie Mills Parmer (JR), Kathy Mills Lewallen (John), Sue Mills, brothers-in-law Mike Mills and Randy (Deb) Mills, all of Kansas, and many nieces and nephews. Ralph was born on June 25, 1934 in Mankato, Kansas, and was raised on a farm in Bonner Springs, Kansas. As a young boy, he would occasionally ride his horse to the one-room school house which was located on land now owned by the Agricultural Hall of Fame. He was an excellent athlete throughout high school, college and even during his service in the U.S. Army – he was stationed in Germany from 1954-1956. After leaving the Army, Ralph attended Pittsburg State University in Pittsburg, Kansas where he earned a business degree. While at Pittsburg, Ralph became a champion high jumper (achieving a record of over 6'8" in 1957 – which stayed on the record books for over a decade!) Ralph and Maxine were married on June 2, 1957 at the United Methodist Church in Tonganoxie, Kansas. In 2017, their children honored them with a wonderful 60th wedding anniversary party where they celebrated and reminisced with many friends and family members. Ralph worked for General Motors for 39 years, then for Delphi Corporation the last 5 years of his career, retiring in 2004 as Executive Director of Industrial Relations. Most of his time with GM/Delphi was spent in World-Wide Security, Personnel and Labor Relations, he became known as a master negotiator (they even called him "The Legend"). His career moved his family from Kansas City to Michigan to Ohio, and back to various locations in Michigan, where he eventually retired at age 70. Ralph enjoyed spending time with his family, boating on Lake Fenton, golfing with his buddies, long lunches with fellow GM and Delphi retirees, watching sports on TV (usually in his "Garage Mahal"), tending to his flower gardens, and sharing their home on Lake Fenton with friends and family. He never missed an episode of "The Price is Right" and surprisingly, he recently started watching cooking shows (especially those featuring BBQ!). Funeral services will be held on Tuesday October 29th at Sharp Funeral Homes, Fenton Chapel, 1000 Silver Lake Road, Fenton, MI 48430. Visitation will be from 11:00am to 1:00pm, and the Memorial Service will begin at 1:00pm. Interment of cremated remains will be at 2:30pm at the Great Lakes National Cemetery, 4200 Belford Road in Holly. In lieu of flowers the family suggests donations to Wounded Warrior Project or National Multiple Sclerosis Society. Tributes may be shared at www.sharpfuneralhomes.com.