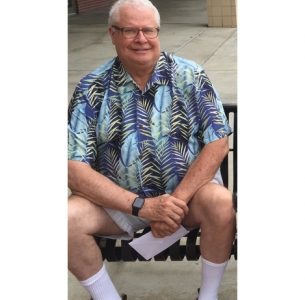 Dennis Howard Garrison, 77, of Lawrence, KS, died peacefully in his sleep at home on Tuesday, November 12, 2019. He was born on January 13, 1942, in Sublette, Kansas, the son of Chester and Thelma Garrison. He was a 1960 graduate of Plains High School, Plains, KS. He married Cinda Lou Wilson on March 7, 1964. Dennis graduated from Fort Hays State University in 1964 with a bachelor's degree in history. He taught history at Great Bend High School from 1964 to 1968. Dennis came to Lawrence in 1968 to attend graduate school at KU and earned a Master's degree in history from KU in 1969. He taught history for one year at Lawrence High School. Dennis was in the insurance business with State Farm for the past 35 years and retired on January 1, 2019. During his life Dennis traveled extensively with his wife and enjoyed shooting sporting clays with many friends. He is survived by his wife of the home, sons Sean Patrick (Heather) of Houston, TX, and Ryan Lee (Erica) of Lawrence, grandchildren Joanna Lynn and Quinlan Lee Garrison of Houston and Jonah William and Emery Sage Garrison of Lawrence. Dennis is also survived by one brother Edgar Lee Garrison of Lawrence. Memorials are suggested to the Lawrence Arts Center at 940 New Hampshire, Lawrence, KS. Family and friends are invited to a celebration of life at Maceli's 1031 New Hampshire on Sunday, November 17 from 3:00 to 5:00 p.m.