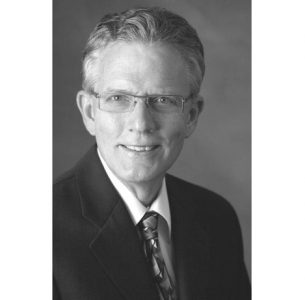 Dan graduated from Denver Christian High School in 1963, followed by Central College in Pella Iowa, and Univ of Colorado in Boulder, where he graduated in 1968. He graduated from UMKC School of Dentistry in 1972, later completing an anesthesia residency at KU Medical Center in 1975.

Dan practiced as an anesthesiologist at the KC VA Hospital for 21 years before joining Lawrence Anesthesia, PA. at Lawrence Memorial where he worked until his retirement in 2015. He especially enjoyed his time at the VA teaching KU residents on rotation. His patient and knowledgeable teaching skills were liked by all the residents. Dan also enjoyed his work at Lawrence Memorial and formed many great friendships with his co-workers. He was known for his gentle and quiet demeanor and his witty and sarcastic humor.

He is survived by Beverly, his wife of 46 years, and 3 children, Justin (Amy) Kauai, HI, Corey (Megan) Lawrence, and Kara Armato (Michael) Prairie Village, KS, 5 grandchildren, Naia, Nora, Grace, Owen and Harvey, a brother Bruce (Dora Lee), Carlsbad CA, a sister Peg Walther, Oceanside, CA , brother-in-law Bill Bierling (Harriet), Redding CA and many nieces and nephews in CA. Dan was proceeded in death by his parents and sister, Myrna Bierling. Dan is loved and will be greatly missed by his wife and family who will forever hold him in their hearts. Although he was a great anesthesiologist, his children think his greatest accomplishment was being the best father they could have possibly had.

At Dan's request there will be a private family service in Oceanside, CA at a later date. Memorial contributions may be made in his name to the Douglas County Young Life or VNA Hospice and may be sent in care of Warren-McElwain Mortuary, 120 W. 13th Street, Lawrence, KS 66044.