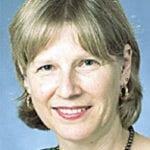 A memorial service for Deborah “Misty” Gerner, 50, Baldwin, will be this fall. Cremation is planned.Ms. Gerner died Monday, June 19, 2006, at her home.She was born Jan. 5, 1956, in San Jose, Calif., the daughter of Henry and Dorothy Love Gerner.Ms. Gerner graduated in 1974 from Whetstone High School in Columbus, Ohio, and in 1978 from Earlham College with a bachelor’s degree in religion and peace studies. She later earned a master’s degree and doctorate from Northwestern University.She was a professor of political science at Kansas University and was an expert on the Arab-Israeli conflict and Palestinian nationalism. She was a member of Oread Friends Meeting.She married Philip Schrodt on Jan. 15, 1984, in Evanston, Ill. He survives, of the home.Other survivors include her parents, of Indianapolis; and a brother, Mark Gerner, Evansville, Ind.The family suggests memorials to Ad Mundum Fund at Earlham College, 801 National Road West, Richmond, IN 47374.Rumsey-Yost Funeral Home is in charge of arrangements.Online condolences may be sent at www.rumsey-yost.com.