Is Lawrence set to rethink the use of bike lanes on city streets; $50,000 feasibility study of bike sharing program planned 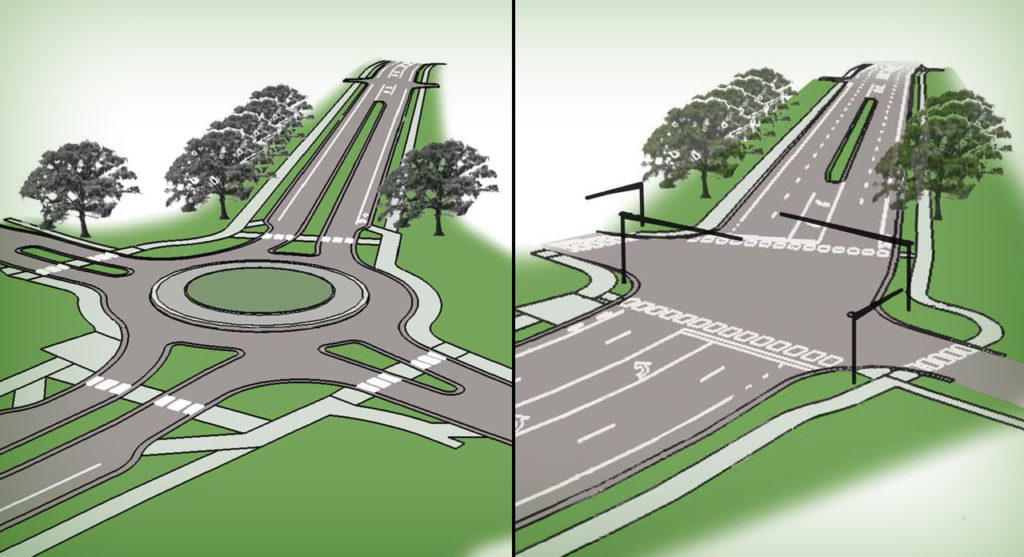 In case you haven’t noticed, biking in Lawrence is a big deal.

We have a bike repair station outside City Hall, we soon will have bike parking corrals on Massachusetts Street, and most public buildings have those fancy bike paddles in their lobby. (I think that is what they are called. Yellow. Electric. They go on your chest, and they almost always make me feel better after a bike ride.)

Increasingly, though, what we have are bike lanes. When it is time to rebuild Lawrence streets, many times they are rebuilt in a way to accommodate bike lanes. I’ve been pretty sure that if you were an engineer in Lawrence and proposed rebuilding a road without bike lanes, you would have your plastic pocket protector taken away.

But that’s what happened earlier this week. A road project — one that has been billed as a showcase for future road design, nonetheless — has been proposed to not have bike lanes. As we have reported, the architect for the East Ninth Street arts corridor project has preliminarily recommended a design that includes an 8-foot shared-use path, but no bike lanes.

Makes sense. Also makes you wonder whether Lawrence planners will adopt that attitude on other projects.

Take a look at the proposed Kasold Drive project, for example. That project between Eighth and 14th streets in west Lawrence is proposed to have both bike lanes and a shared use path. The two bike lanes are proposed to each be 5 feet wide. Ten feet of bike lanes for six blocks long is not an insignificant amount of concrete. The amount of money it takes to pour that concrete is not insignificant. Since 2013, the city has spent $1.3 million building bike lanes, according to city figures. Since that same time the city also has spent about $1.7 million building shared-use paths. As the Kasold project demonstrates, sometimes the city proposes building both along the same stretch of street.

The city now is beginning to hear from its engineers how they’re struggling to keep up with street maintenance costs because of a slowdown in funding. (More on that another day.) It all seems to create the question of whether the city ought to tweak its philosophy on bike lanes? If the city decided to stop the practice of creating bike lanes and shared-use paths on the same project, it wouldn’t come without complaint.

Marilyn Hull, who is the chair of the city’s pedestrian-bicycle task force, told me there are bicyclists who feel that bike lanes on the street allow bicyclists to be more visible and thus safer.

“In a perfect world, there probably would be both,” Hull said of bike lanes and shared-use paths.

But Hull also noted that she is personally fine with the recommendation to remove the bike lanes from the East Ninth Street project in East Lawrence. She is a big fan of shared-use paths.

“Some of the biking improvements that have been done in the city previously have mainly benefited confident, adult bicyclists,” Hull said. “That is fine, but what I’m interested in is getting more people of all types out on bikes.”

There are many bicyclists who just don’t feel that confident in a bike lane with only a white line separating them from vehicular traffic. 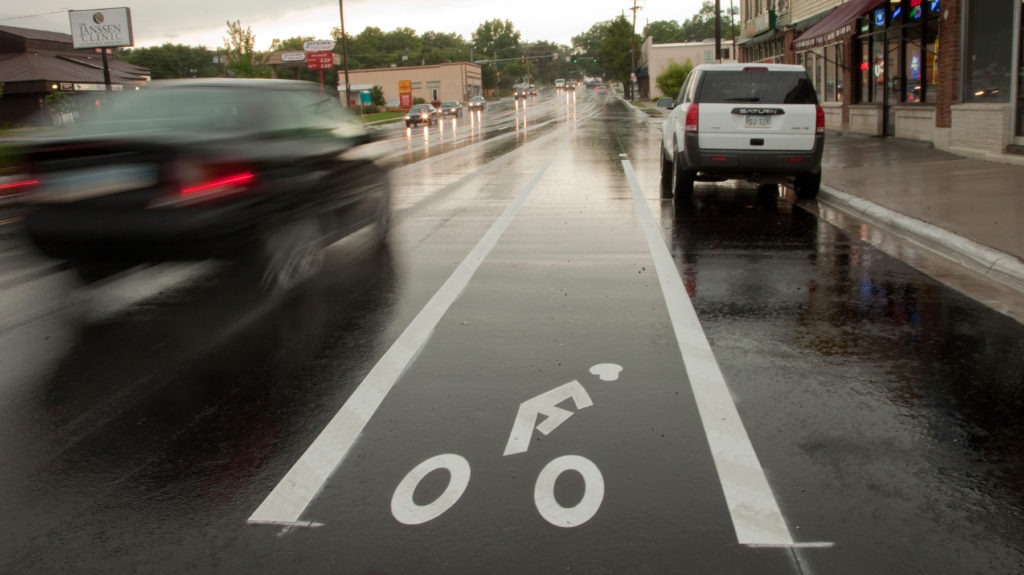 This file photo from 2009 shows a bike lane along Ninth Street just east of the intersection at Indiana Street.

Sometimes, of course, a bike lane is the only real option for making a street bicycle-friendly. There is just not room for a shared-use path to run alongside the street. But there may be more options than you would think. Many times when a street is rebuilt in Lawrence, the sidewalks along the street also get rebuilt. Would the city be well-served in trying to figure out how to retrofit sidewalks into shared use paths rather than retrofitting streets with bike lanes? In other words, would it be better for the city to take a 6-foot sidewalk and make it 8 feet and call it a shared-use path rather than trying to add 10 feet of bike lanes to a street? (To be fair, it is not a one-to-one savings. Sometimes when the city adds a bike lane it doesn’t actually increase the width of the street by the full 10 feet, for example. Sometimes it just reduces the width of the vehicular lanes.)

I don’t have a pocket protector, so I’m not very qualified to say what is the best path forward for the city. I’m sure there is a lot that would need to go into that analysis, but it seems like a conversation perhaps worth having. As I have said before, I’m not anti-bike lanes. But I do think Lawrence is in a transitional period right now when it comes to transportation planning. The future is cloudy about what role motorized vehicles will play in the future and how much pedestrian and bicycling activity really will increase. As Lawrence builds it roads today, it is making assumptions about how they will be used in the future. If the assumptions don’t end up being correct, they’ll be expensive to fix.

• One more piece of bike news while we are on the topic: The city is set to conduct a $50,000 study to determine whether a bike-sharing program would be feasible in Lawrence.

At their Tuesday meeting, city commissioners will be asked to approve a $40,000 grant and $10,000 in local funding to pay for a study to determine whether a program that allows people to pick up bikes and use them when needed would be a valuable transportation service in Lawrence.

The goal of the program would be to increase access to bicycles for transportation, promote healthy living, increase bicycle visibility, reduce the community’s carbon footprint and improve access to public transit, according to a city memo.

Certainly there are several cities that have bike-share programs, although they are not abundant in the Midwest. Kansas City, Mo., though, has one. According to its website, it has 27 bikes that serve downtown, Westport, the Country Club Plaza, 18th and Vine and the Trolley Track Trail. Rates start at $3 per half-hour.

The last I knew, there were some private businesses in Lawrence that would rent bikes, especially a couple near the Kansas River levee trail in North Lawrence.