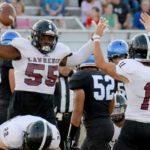 E.J. Jewsome comes up with the ball on a Ravens fumble early in the first quarter as Lawrence High School plays Olathe Northwest on Thursday, Sept. 20, 2018 at College Boulevard Activity Center.

Moments after Lawrence High notched its first victory of the season, the team gathered around midfield.

Senior linebacker Caleb Mondi handed the game ball to head coach Steve Rampy, congratulating him on his first win with LHS. The Lions then swarmed their coach to celebrate the 21-6 victory over Olathe Northwest Thursday at College Boulevard Activity Center.

“That was super special,” Mondi said. “Tradition at Lawrence High is everything. To be a part of his first win is just so cool.” 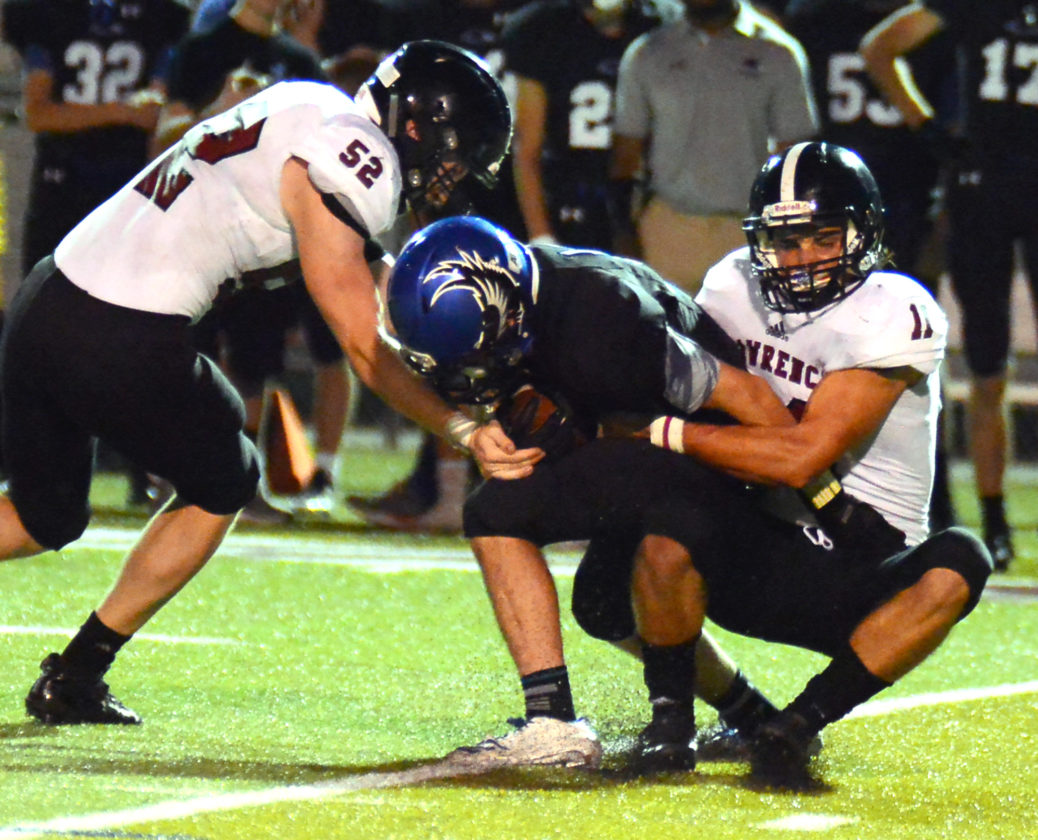 Rampy, of course, elected to compliment his players following the program’s first win since Oct. 27, 2017.

“It just feels good to reward the kids for their effort,” Rampy said. “Our young football team got a lot better tonight.

Lawrence (1-3) relied on its defense to set the stage and the offense did just enough to end the losing skid.

Following a three-and-out on the opening drive, Olathe Northwest (0-4) fumbled on its first offensive play and was able to recover it. However, the Ravens were not as fortunate on another fumble the very next play and senior E.J. Jewsome flung his body on the loose ball.

The Lions answered with a 15-play drive, which was capped off by a 1-yard touchdown run from junior running back Austin Hollins. Sophomore Tre’ Jackson made multiple long runs on that scoring drive, giving LHS its first lead since the first offensive play of the season opener.

“All year long, our defense has been like that,” Rampy said. “We did our job this week on offense. That’s what you have to do when you have a great defense.”

Lawrence continued to make plays defensively for the remainder of the night, even when Olathe Northwest was in LHS territory.

Mondi notched a fumble recovery to halt the Ravens on a drive where they started on the opposition’s 33-yard line. Seniors Sam Bart, Colby Stumma and Eric Galbreath Jr. made several key stops to stall any momentum by the Olathe Northwest offense.

Even on the score the Lions gave up in the first half, which came in the final seconds following a late interception by Jackson, Mondi recorded a block on the point-after attempt to preserve a 7-6 advantage at the intermission.

“Last week, I blocked two kicks against Gardner Edgerton,” Mondi said. “I have a good feeling of what to do.” 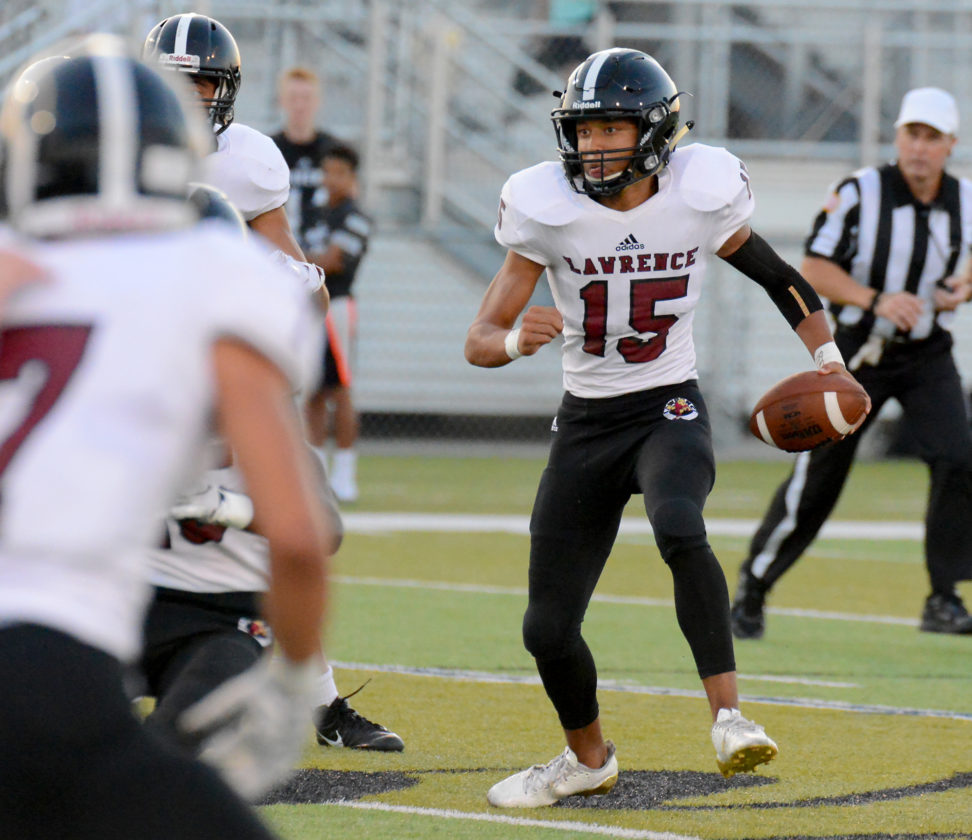 The LHS defense continued to contain the opposition in the second half.

Late in the third quarter, Jackson added a 25-yard touchdown run to create some cushion. He finished with 98 yards on 18 attempts, while Hollins carried the ball 20 times for 78 yards. Senior Bryce Tibke, along with the rest of the offensive line, helped pave the way for the team’s best rushing performance of the season.

In addition, Jackson added 108 yards through the air in the win. Junior Chris McGee tallied four receptions for 51 yards, while senior Bryson Cummins tacked on 41 yards via four catches. Jackson and Cummins linked up for a 14-yard touchdown pass in the closing minutes of the contest.