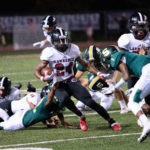 OVERLAND PARK — Lawrence High football coach Steve Rampy did not mince words during his postgame message to his team.

And the Lions only had themselves to blame.

“We gave it away,” Rampy said. “They were not better than us. We weren’t ready to play.”

Lawrence (1-5, 1-5 Sunflower League) struggled to move the ball after the first quarter, while Shawnee Mission South (4-2, 3-2) leaned on senior quarterback Jack Roberts to erase a 14-3 deficit. Roberts finished with 119 yards on 18 carries, and added 154 yards through the air on 19 attempts.

“Defensively, we came into the game with the goal of trying to control (Roberts),” Rampy said. “We were not ready to play, and that’s really disappointing.”

But it was LHS that made a statement out of the gate. 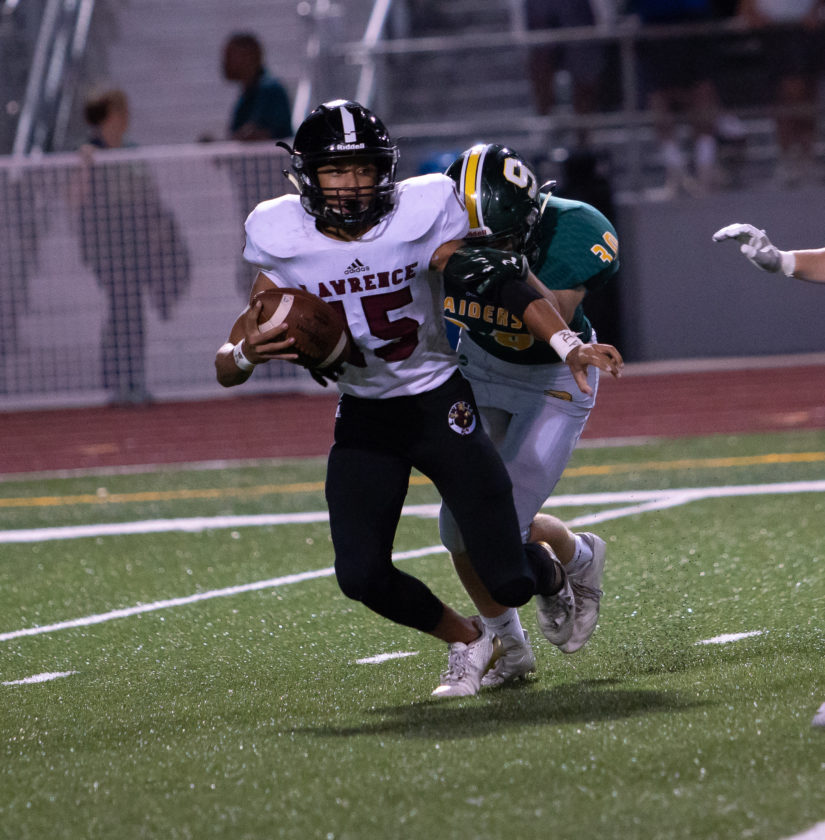 Sophomore Devin Neal made several Shawnee Mission South defenders miss on the opening kickoff return, in which he took it 55 yards into opposing territory. Three plays later, Neal punched it in for a 5-yard touchdown run to spot the Lions a 7-0 advantage.

Lawrence added to its early lead on the first play of the second quarter when sophomore quarterback Tre’ Jackson delivered a strike on a 34-yard touchdown pass to senior receiver Bryson Cummins, who dusted his corner on a post route.

“The play was designed to go to Bryson,” Jackson said. “That’s my boy, and I had to get him one. I’m just glad he caught it. It was a great catch.” 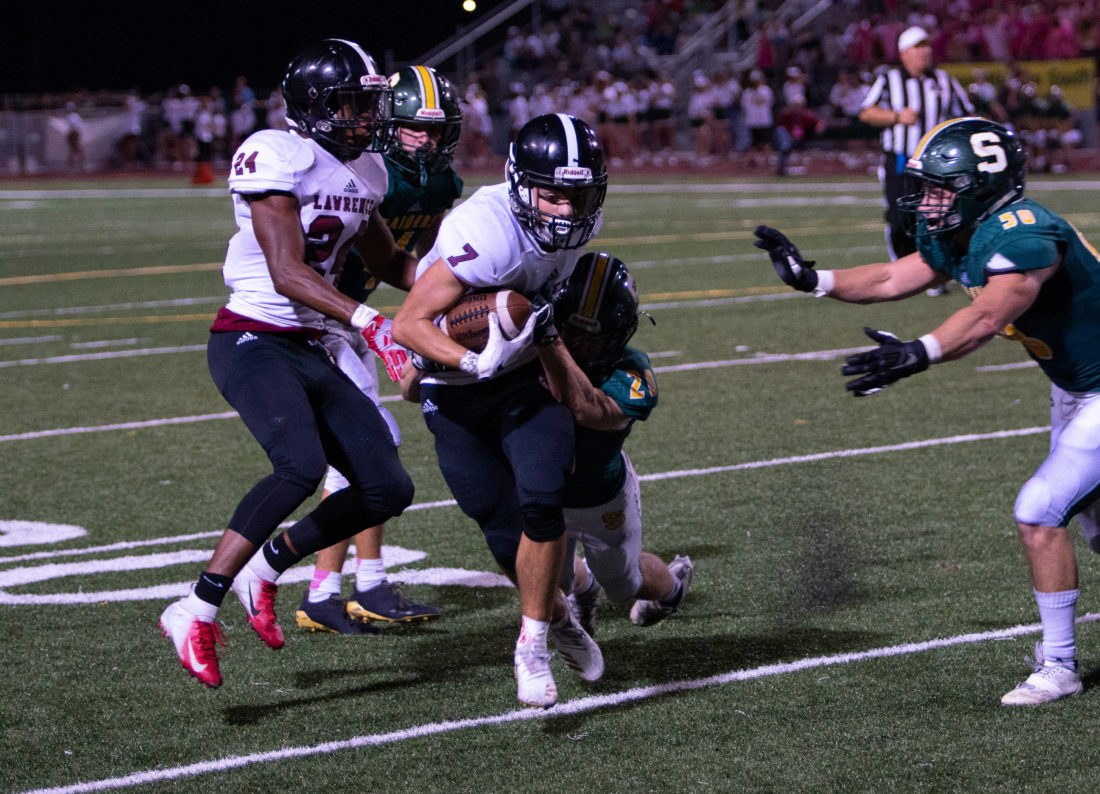 However, the Raiders never appeared rattled after giving up a pair of scores in the first 13 minutes of action.

Senior Hunter Carpenter took the ensuing kickoff return to the house, trimming the deficit to 14-10. Following a short punt by senior Ross Brungardt, Shawnee Mission South claimed its first advantage on the very next play.

Senior receiver Sam Macklin fooled the LHS defensive back on a double move, and was hit with a 33-yard touchdown pass from Roberts. The Lions trailed for the remainder of the contest, though they had their opportunities.

LHS had two different drives in the second quarter that started within the opposition’s 33-yard line, both of which ended in a turnover on downs.

“We scored on the first drive and we let it get to our head,” Jackson said.

The Raiders created some cushion in the third quarter on a 42-yard pass from Roberts to Macklin.

Lawrence, meanwhile, struggled to get first downs on the offensive end for much of the second half. Neal notched a 35-yard touchdown run to keep the game close. Other than Neal’s run, however, the Lions recorded just 82 yards of offense in the final two quarters.

“First downs were killing us,” Rampy said. “We can’t get second and nine, that’s not us. We have to get four or five yards on first down.”