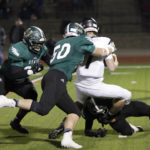 This week’s opponent figures to be unlike any Free State’s football team has faced thus far.

Free State (10-0) welcomes Manhattan High (9-1) at 7 p.m. Friday for a quarterfinals matchup in the 6A west playoff bracket. The Firebirds, who have rolled over nearly every opponent this year, are prepared for a genuine postseason battle as they attempt to advance to the semifinals for the fourth time in the last five years.

“Seems like every week we are playing a different type of offense,” FSHS head coach Bob Lisher said. “Manhattan presents a lot of different problems that we haven’t had to face.”

The Indians are led by senior running back Kevontae McDonald, who has accumulated 1,345 yards and 24 rushing touchdowns on 192 carries. Sophomore quarterback Dayne Aschenbrenner often makes correct reads in read option plays, racking up 481 yards and two scores on 79 attempts.

Manhattan will try to chew up the clock by leaning on the ground game. Manhattan’s defense has slowed down some high-octane offenses like Topeka High — a team facing Derby in the other 6A west quarterfinals contest — during a 21-20 overtime win.

It is something FSHS has yet to really deal with during a season in which it has outscored its opposition by a 460-115 margin.

“(Manhattan) is a downhill team,” junior Lovette Epelle said. “If we get too far upfield, that’s going to hurt us.” 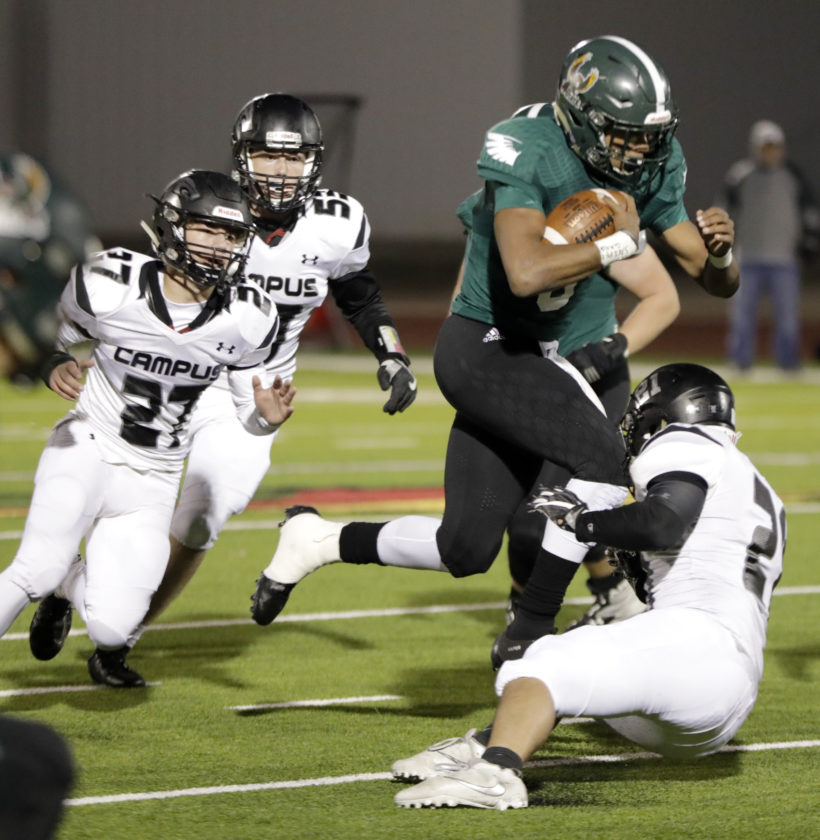 As a result, Free State’s front-seven will be especially critical to contain Manhattan’s run game, particularly the defensive line.

Epelle, along with junior Devon Buck and senior Brandon Zeller, has paved the way on a strong unit for the Firebirds. Junior Turner Corcoran, who also plays left tackle on the offensive line, has contributed to the defensive line, as well, while senior Shane Skwarlo has rotated in some.

Throughout the season, the group has responded to nearly every challenge. Epelle has a quick first-step and can leverage his way past offensive linemen. Buck bullies his way over blockers with his strength, while Corcoran’s stature and power can be overwhelming for the opposition.

“We all hype each other up and everything,” Epelle said. “I just love being out there with them.”

Still, Free State will need to continue to have that production to keep its state title hopes alive.

“We just need to communicate this week,” Epelle said. “Our linebackers and D-line need to have a big game. If not, that will hurt us.”

Several city athletes were represented on the All-Sunflower League volleyball team, according to an announcement made Wednesday.