Rampy set to begin his LHS tenure in season opener vs. Olathe South 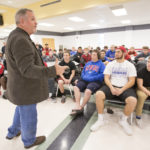 Newly-hired Lawrence High football coach Steve Rampy introduces himself to members of the football team on Wednesday, Dec. 20, 2017 in the school cafeteria. Rampy comes to Lawrence High from Pittsburg State, where he served as offensive coordinator for eight years.

Lawrence High head coach Steve Rampy doesn’t like being the center of attention.

Despite being a quarterback in his playing career, Rampy has always enjoyed the fact that the sport of football takes a team effort. So when asked about making his debut as the LHS football coach, Rampy was quick to mention the entire team in his answer.

Lawrence takes on Olathe South at 7 p.m. at Olathe District Activity Center, which marks the official start of the Rampy era. Rampy replaced Dirk Wedd, who served as the head coach for 19 seasons, in the offseason after spending eight years as the offensive coordinator for Pittsburg State University.

At Pitt State, Rampy’s offense put up points and yards in a hurry from the moment he stepped in. The Gorillas averaged 40.2 points and 448.5 offensive yards en route to an NCAA Division II national championship in 2011.

However, Rampy elected to return to the high school ranks with a clear mission for LHS.

“It’s a great traditional program,” Rampy said. “Whether it’s this year, next year or down the road, I don’t care when it is, I want to take Lawrence to back where it was.”

The transition back to high school football has been a relatively smooth one. Rampy has especially enjoyed having the opportunity to spend more time with his players on a daily basis, and seeing the growth of his team over the last several months.

In fact, the toughest part of the move has been being away from his wife, Tracy. She is staying with her sister in Joplin to complete her doctorate through the University of Arkansas while teaching at Pitt State. Rampy, meanwhile, is living by himself in a duplex in Eudora.

But Rampy admits he’d rarely be home during the season anyway, as he spends a majority of his time at the LHS football complex.

“That’s one thing I learned in college,” Rampy said. “I thought I worked hard at Blue Valley, and I did. I’ve always been a grinder. My dad was a grinder, my wife is a grinder. When I got to Pitt State, I learned to throw more hours in a day that I didn’t know existed.”

For as long as he can remember, Rampy has been enthralled with the game of football, and he’s found success at nearly every stop.

Rampy played at the collegiate level at Northeast Missouri, which is now called Truman State. He started as an assistant at Blue Valley in 1981, when he began attending practice just two days after his wedding. Rampy then became a head coach four years later, and never looked back.

“Football is separate from every other sport,” Rampy said. “There is no other sport like it. What it requires from different size, shapes and skillsets. It’s putting yourself up against someone physically for the good of your brothers on your side of the ball. There is nothing in sports that matches it.” 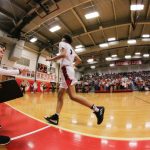 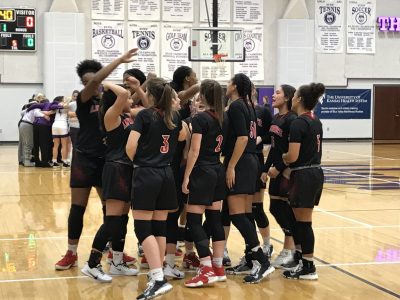