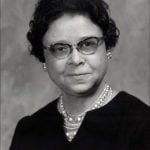 Services for Pearl Estelle Lewis-Bowser, 98, Beaufort, S.C., will be at 10 a.m. Wednesday at Bowser-Johnson Funeral Chapel in Topeka. Burial will follow in Mount Hope Cemetery in Topeka.Mrs. Lewis-Bowser died Monday, Sept. 5, 2005, in Beaufort.She was born Nov. 1, 1906, in Eskridge. She moved to Topeka in 1921, where she completed high school. She received a Master Funeral Directors license and became a commissioned notary public. She moved to California in 1987 and to Denver in 1992. She returned to California in 1996 and moved to Beaufort in 2005.Mrs. Lewis-Bowser and her husband owned and operated mortuaries in Topeka and Lawrence. She operated and managed the mortuaries for 15 years after her husband’s death. She sold the mortuaries in 1976 and continued to work as an office manager until she retired in 1987. She was an active member and trustee of East Denver Church of Christ.She married Newton S. Bowser in February 1937. He died in 1967.A grandson died in 1980.Survivors include three daughters, Toian Bowser-Alexander and Sonja Bowser-Austin, both of Bluffton, S.C., and Estelle Bowser-White, Pasadena, Calif.; and four grandchildren.Friends may call from 6 p.m. to 8 p.m. today at Bowser-Johnson Funeral Chapel in Topeka.The family suggests memorials to St. John AME Church, P.O. Box 67082, Topeka 66667.