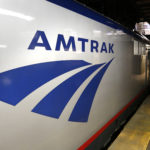 Kansas Sen. Jerry Moran, along with senators from Colorado and New Mexico, had been pushing for funding for the route.

In summer 2018, the City of Lawrence signed a petition and sent a letter to the Kansas congressional delegation in support of maintaining the continuous train route.

— The Associated Press and Journal-World reporters contributed to this report

• July 29, 2018 — City urging Amtrak not to make changes to train route that runs through Lawrence