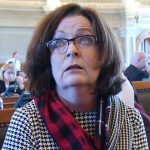 TOPEKA — Supporters of expanding Medicaid in Kansas forced a debate Wednesday in the Republican-controlled Legislature on Democratic Gov. Laura Kelly’s plan and advanced an expansion bill with bipartisan support over GOP leaders’ objections.

The House voted 70-54 to give first-round approval to a modified version of Kelly’s plan for expanding Medicaid health coverage to as many as 150,000 more residents. House members planned to take another, final vote Thursday to determine whether it will pass and go to the Senate, but the debate on it showed that the support for it was solid.

While expansion supporters face a fight in the GOP-controlled Senate, events in the House were a significant victory when Kelly’s plan remained bottled up in committees for weeks with no sense that a vote or even a hearing was coming. Republicans hold an 84-41 majority in the House, and Medicaid expansion opponents hold key positions, but 29 GOP members sided with the Democrats in advancing the bill.

That vote followed two earlier ones that allowed expansion supporters to force the debate and replace the contents of a bill dealing with rules for nurses with Kelly’s expansion plan. During a break in the debate, House Majority Leader Dan Hawkins, a conservative Wichita Republican, conceded that the bill ultimately would pass, adding, “I would say it will change the dynamics.” 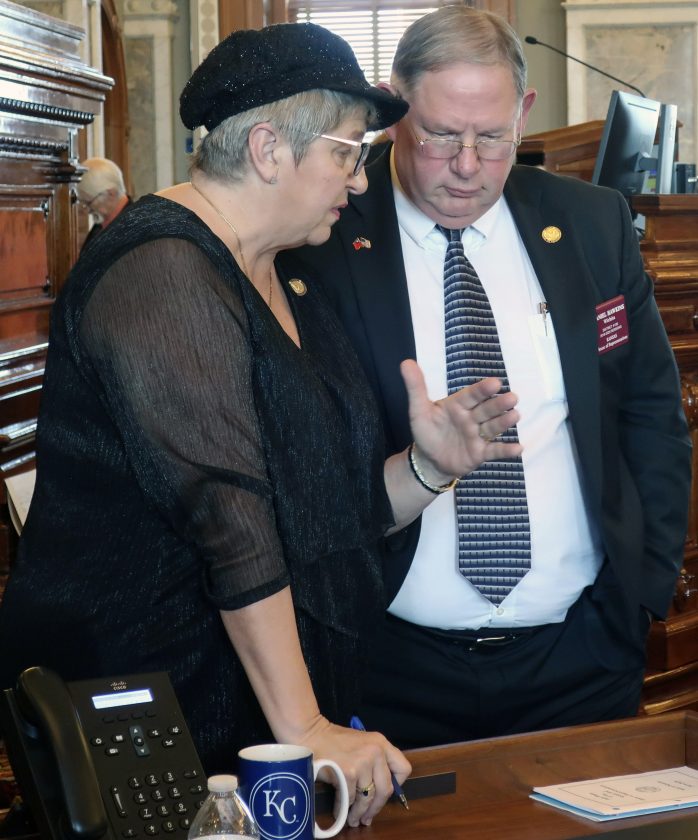 “It was the only way to get this done,” said state Rep. Kathy Wolfe Moore, a Kansas City Democrat who led the push for the debate and Kelly’s expansion plan. “The pressure this year came to a crescendo and I think people were demanding it, and they couldn’t ignore it anymore.”

Three dozen states have expanded Medicaid or seen voters approve ballot initiatives for expansion, including Republican-led Idaho, Iowa, Nebraska and Ohio. The federal Affordable Care Act of 2010 encouraged expansion by promising states that the federal government would pick up the bulk of the extra cost, 90 percent for Kansas if it starts in 2020 as Kelly proposes.

Republicans have argued that Kelly and other expansion supporters are underestimating its potential costs to the state. The House added a provision that ends the expansion within a year if the federal government backs off its promise to cover 90 percent of the additional costs and another charging a $25-per-month premium for each person covered by the expansion, with a $100-per-month limit for families.

It wasn’t enough for conservative Republicans to drop their opposition.

Supporters argue that an expansion will help families that cannot afford private health insurance, boost financially struggling rural hospitals and attract $1 billion or more a year in federal funds. They had a rally Tuesday at the Statehouse, hoping to build pressure on top Republicans to allow votes in both chambers.

Rep. Tom Cox, a moderate Shawnee Republican, and Jason Probst, a Hutchinson Democrat, told personal stories to highlight families’ need for health coverage. Cox told colleagues he’s had a decades-long battle with a rare digestive disorder that continues to require surgery and was fortunate that his family could afford his care. Probst’s 22-year-old son has diabetes and he said he has wondered how people without insurance pay for insulin and medical care.

Kelly said in a statement: “This is a critical first step in allowing more Kansans access to affordable health care. Not only will it benefit our families, it will provide additional support to hospitals and clinics and stimulate our economy.”

Kansas resisted Medicaid expansion because former Republican Govs. Sam Brownback and Jeff Colyer and many GOP legislators were strong critics of the 2010 health care overhaul championed by former President Barack Obama, a Democrat. Medicaid expansion supporters passed a bill in 2017 with large bipartisan majorities, only to see Brownback veto it.

Some Republican lawmakers also question whether the federal government will keep its funding promises indefinitely, given its own budget problems.

“You really think that legislators are going to remove 150,000 people from services if the feds reduce the amount?” said House health committee chairwoman Brenda Landwehr, a conservative Wichita Republican and expansion foe. “It’s a big unknown.” 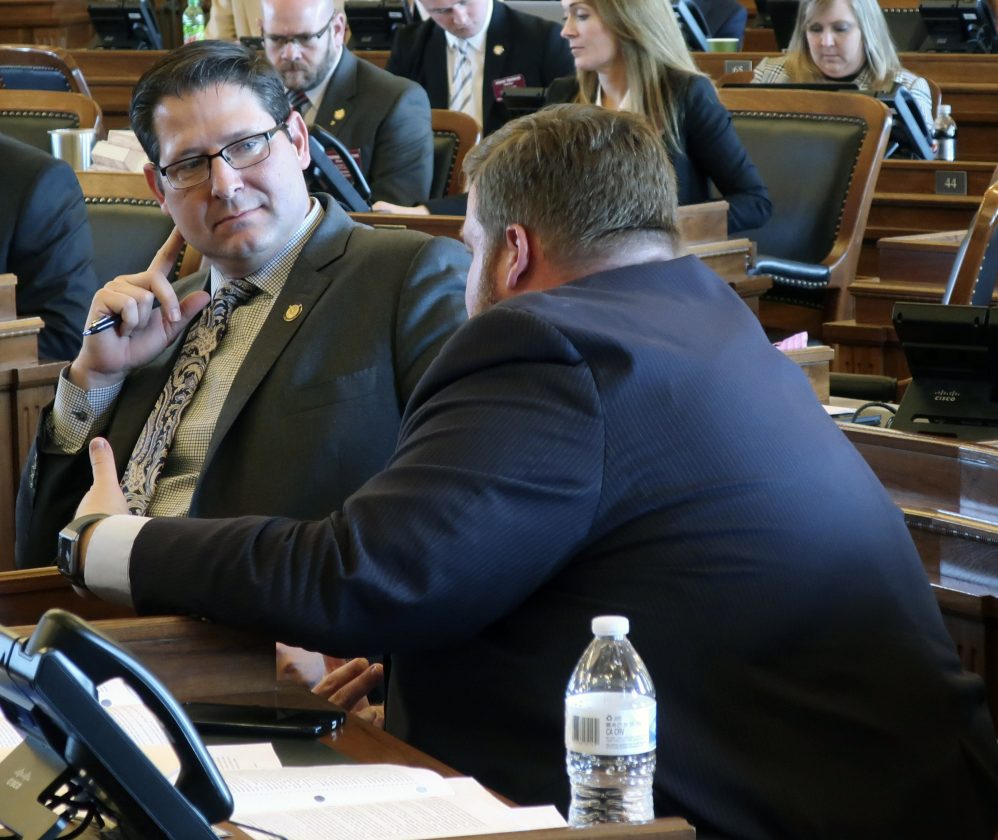 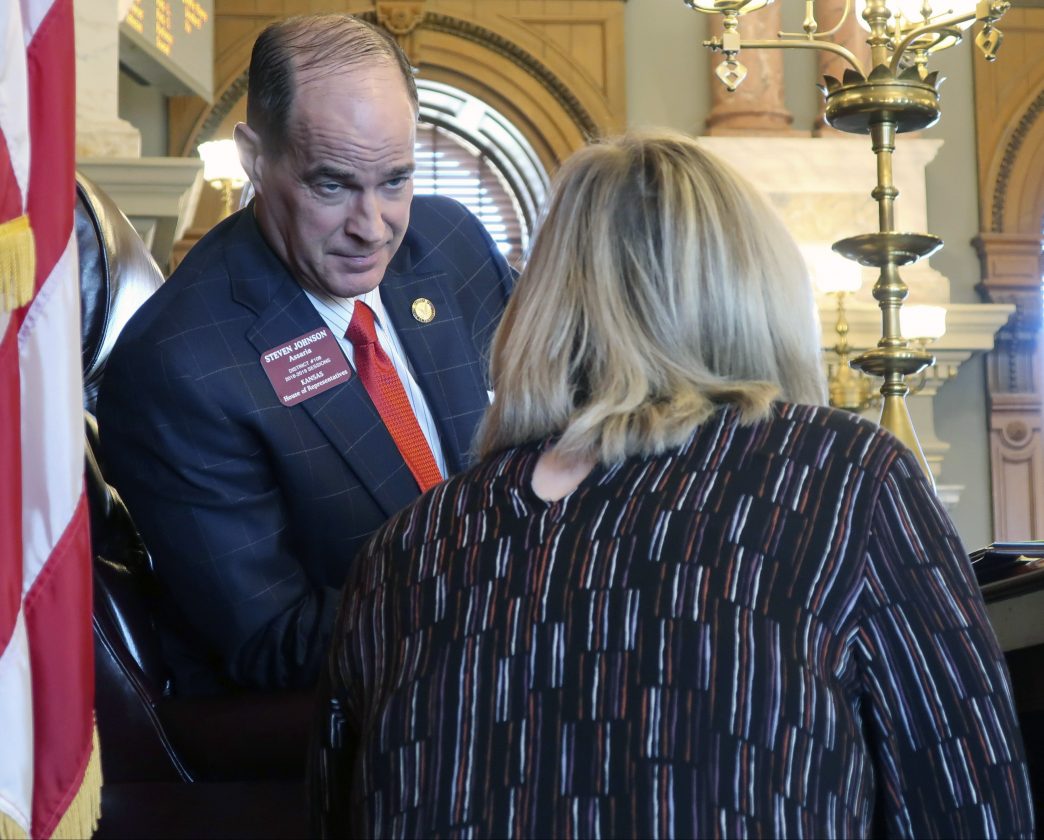 Kansas state Rep. Steven Johnson, R-Assaria, left, confers with Melinda Gaul, right, communications director for the House speaker’s office, as Johnson presides over a debate on Medicaid expansion, Wednesday, March 20, 2019, at the Statehouse in Topeka, Kansas. Supporters have forced the House to take up Democratic Gov. Laura Kelly’s expansion plan over the objections of its Republican leaders. (AP Photo/John Hanna) 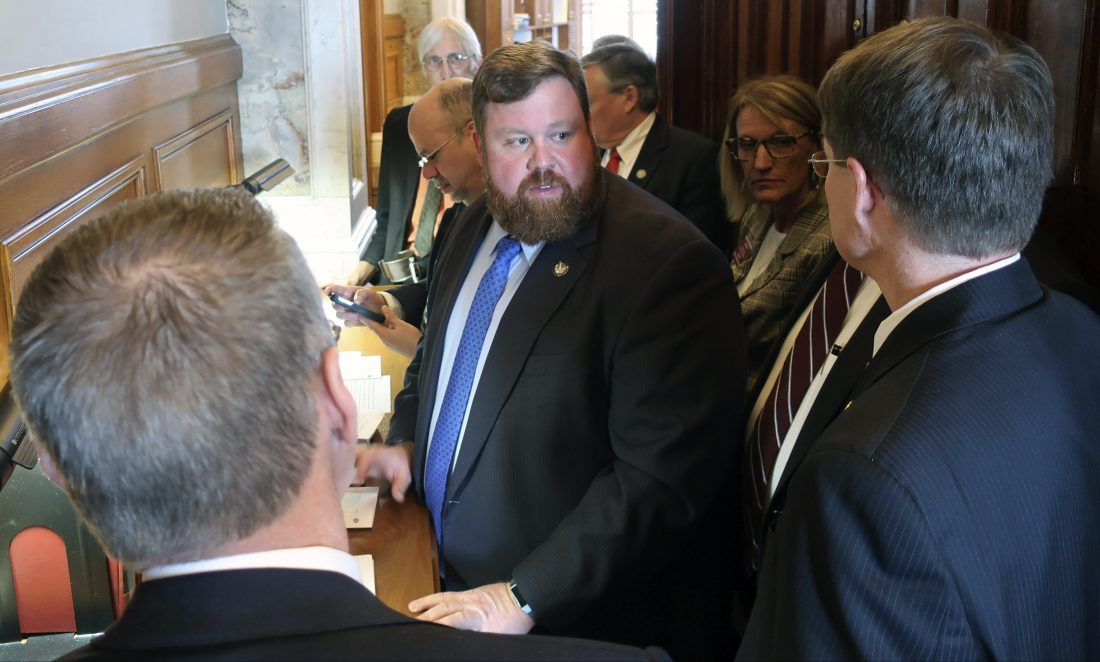 Chairman Blaine Finch, center, R-Ottawa, speaks with other members of the Kansas House Rules Committee as they meet behind the speaker’s dais, Wednesday, March 20, 2019, at the Statehouse in Topeka, Kansas. The committee ruled a Medicaid expansion proposal out of order, only to see supporters overturn that ruling to force a debate. (AP Photo/John Hanna)