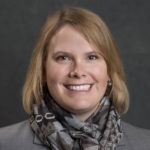 Kansas Gov. Laura Kelly has announced that a Lawrence attorney is a finalist to fill a seat on the Kansas Court of Appeals.

A nominating committee selected Sarah Warner, who is currently an attorney for Lawrence firm Thompson Warner, P.A., as one of the three finalists for the vacant seat, according to a Friday news release from Kelly’s office.

Warner received her bachelor’s degree from the University of Kansas and her law degree from Ave Maria School of Law in Ann Arbor, Mich. She is currently the president of the Kansas Bar Association.

The other two candidates for the appeals court are Marcia Wood, an attorney in Wichita who graduated from Lawrence High School in 1984, and Jeffry Jack, a district court judge in Labette County. Jack and Wood both have law degrees from KU.

Kelly is expected to make her choice before March 15, and it will then be subject to Kansas Senate confirmation, according to the release.