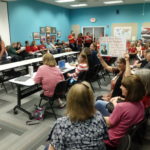 The Lawrence school district and the Lawrence teachers union are at an impasse after the lead district negotiator said the district would not increase its salary proposal or consider other key requests from the union.

About 30 minutes into Wednesday’s negotiation session, David Cunningham, the district’s chief legal counsel and executive director of human resources, said there was no room for movement on the district’s salary offer to the Lawrence Education Association, the district’s teachers union, for the 2018-2019 school year. He also said the district would not consider LEA proposals that would give teachers a bigger voice in student discipline and provide additional elementary school staffing.

The statements were greeted with jeers from the roughly 200 teachers filling the district office’s boardroom.

With that news, the union team retired to an hourlong private session. When it returned, David Reber, the LEA’s head negotiator, said that the LEA did not think talks were at an impasse and that the salary issue could be resolved if the district made teachers’ pay a priority. Cunningham, however, said the district would file paperwork with the U.S. Department of Labor to start the mediation process.

In July, the union had requested a 5.5 percent salary increase, which would give all teachers at least a $2,200 raise for this school year. The union’s proposal would increase the base pay for inexperienced first-year teachers from $40,040 to $42,240 a year. The district presented a counteroffer Aug. 9 that gave the union the options of a $460 or a $500 base pay increase, depending on district retirement contributions and compensation for coaches and other supplemental positions.

Cunningham also told LEA negotiators the district would not consider a union proposal that would require the mutual agreement of the teacher and building principal before a disruptive or violent student could be allowed to return to the classroom. He said the change would raise equity concerns in the treatment of special education students.

In addition, Cunningham said the district would not consider a proposal that would contractually obligate building principals to inform teachers of a new student’s past history of disruptive behavior, violence or sexual misconduct. Those situations were best handled on a case-by-case basis, he said, vowing to thoroughly investigate any specific incidents of students being assigned to classrooms without the teachers being informed of a history of behavioral issues.

Reber said he has been through three mediated impasses during his 12 years as an LEA negotiator. The process involves a Department of Labor mediator going back and forth between the separated board and union teams in an attempt to hammer out an agreement. He did not know when the mediated sessions would start, but said the process could be lengthy.

Reber also told the teachers present that although they couldn’t strike, they could “work their contracts” and not perform any volunteer duties beyond their eight-hour-a-day contractual commitments. 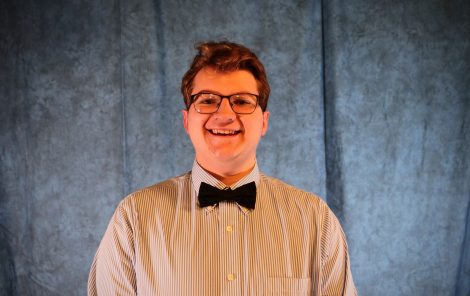