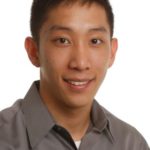 A volunteer assistant coach for the University of Kansas women’s volleyball team was arrested and charged with a felony this week, not long after resigning his post with the team.

Skyler N. Yee, 23, of Lawrence, was booked into the Douglas County Jail Monday on suspicion of burglary, according to jail records. The arrest was related to an intrusion alarm reported just before 1 a.m. Jan. 1 in the 1500 block of Fountain Drive, according to Lawrence police activity logs. Additional details weren’t available from police late Wednesday.

A felony case against Yee was filed Wednesday in Douglas County District Court, according to court records. He made his first appearance that afternoon, and his bond was set at $5,000.

Yee resigned his position with the volleyball team in mid-January, after being with the team through the 2018 fall season, KU Athletics spokesman Jim Marchiony said.

Marchiony said KU Athletics cooperated with Lawrence police on their investigation but declined to disclose details about the accusations against Yee.

“We have taken precautions to ensure that he is not permitted to be anywhere near the volleyball program,” Marchiony said.

Yee was a KU junior when he was named volunteer assistant coach for the volleyball team, according to a KU Athletics news release from August 2016. An Overland Park native, Yee had been team manager during the 2013, 2014 and 2015 seasons.

The KU directory still listed him as a student as of Wednesday.