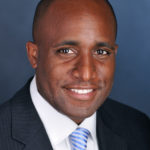 A University of Kansas law lecturer and Kansas City, Mo., city councilman who’s running for mayor of that city was arrested overnight in downtown Lawrence.

Quinton D. Lucas, 34, of Kansas City, was booked into jail on suspicion of DUI early Friday morning, according to jail records. He was released on a personal recognizance bond and ordered to appear in Lawrence Municipal Court in November on the charge, which is a misdemeanor.

Reached later Friday morning, Lucas said he had been drinking and decided he shouldn’t drive back to Kansas City. But, he said, he never moved his vehicle from the public spot it was parked in. He said he “dozed off” in his car.

“I took the choice to behave responsibly yesterday,” Lucas said. “I did not drive or operate a vehicle. It was in a parking spot; it did not move from a parking spot.”

Lucas said that while he respected the work of the Lawrence Police Department and the arresting officer, he plans to contest the DUI charge.

“I look forward to having the opportunity to explain the situation in court,” Lucas said.

According to Lawrence Police Department spokeswoman Kim Murphree, police were dispatched about 11:30 p.m. to a report of an “unconscious subject” in a vehicle parked on East Eighth Street near Massachusetts Street. Officers investigated the driver and, at the conclusion of their investigation, arrested him, Murphree said.

When asked if the driver was in fact found to be “unconscious” when officers arrived, Murphree declined to comment further and said the police report was not yet complete.

Kansas state law defines DUI as “operating or attempting to operate” any vehicle with a blood alcohol concentration of .08 percent or higher, or doing so under the influence of alcohol or drugs “to a degree that renders the person incapable of safely driving.”

Lucas is a lecturer at the KU School of Law, where he previously was an associate professor. Lucas scaled back his responsibilities at KU after being elected to the Kansas City Council in 2015, representing Kansas City’s 3rd District at-large.

Lucas, Kansas City’s youngest current council member, lives in the city’s historic 18th and Vine Jazz District, according to his city council biography. He lived in Kansas City’s urban core most of his life and later went on to earn a law degree from Cornell University.

He announced this summer that he was running for mayor of Kansas City in 2019.