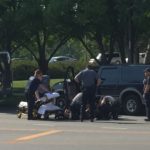 Shortly after being shot by a Lawrence police officer, an injured man is tended to by medics in the 100 block of West Sixth Street on Tuesday, May 29, 2018.

A Lawrence police officer who shot a man when an arrest attempt turned violent says her criminal charge should be dropped, because she was protecting a fellow officer.

In a motion filed last week in Douglas County District Court, attorneys for Brindley D. Blood, 36, of Lawrence, cited Kansas law governing use of force in self-defense or defense of another.

The law says deadly force is justified if the person using it reasonably believes it’s necessary to prevent imminent death or great bodily harm to another person.

That is the case here, Blood’s attorneys wrote.

“She reasonably believed that the use of deadly force against Akira Lewis was necessary to prevent great bodily harm to a third person, to wit, Officer Ian McCann,” they said.

For that reason, attorneys Thomas Bath and Michael Riling said, Blood is immune from prosecution under Kansas law and her case should be dismissed.

Judge Peggy Kittel is scheduled to hear arguments on Blood’s immunity motion and preside over a preliminary hearing in her case on Nov. 27.

Her lawyers, in their written motion, didn’t address details about the event that led to Blood’s charges — including that she previously told investigators she meant to draw and fire her Taser, not her gun.

Blood is charged with aggravated battery, a felony, for allegedly using a gun to “recklessly cause bodily harm” to Lewis, 35, on May 29 near downtown Lawrence. 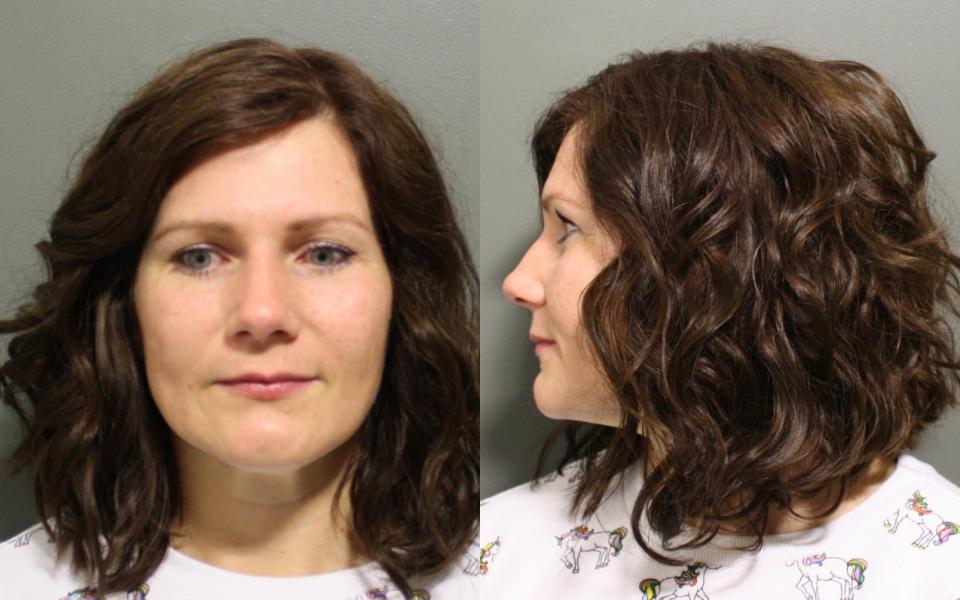 According to investigators from the Johnson County Sheriff’s Office, who reviewed video and conducted interviews:

McCann, on patrol as part of a seat belt enforcement campaign, pulled Lewis over for a seat belt violation in the 100 block of West Sixth Street.

Lewis contested the stop and asked for a police supervisor, and McCann told him he could file a complaint later, citing heavy traffic. When Lewis refused to provide his information even after being told he would be arrested for not doing so, McCann called for backup. Blood arrived, and the two officers tried unsuccessfully to physically force Lewis out of his SUV and arrest him.

Lewis then launched out of the SUV, punched McCann multiple times, lifted him off the ground and slammed him face-down onto the pavement.

As the two men grappled, Blood stood over them, announced “Taser-Taser-Taser” and fired one shot at Lewis. She reacted by uttering, “Oh (expletive). I shot him.” She told investigators she couldn’t explain why she ended up with her gun in her hand, and didn’t realize it wasn’t her Taser until after pulling the trigger.

Lewis, with one gunshot wound to his back, was taken to a hospital and recovered.

Lewis also is facing criminal charges from the incident, including misdemeanor battery on a law enforcement officer and failure to wear a seat belt. On Wednesday, a judge set his trial date for Feb. 25.

In their request to drop the charges, Blood’s attorneys emphasized that prior to the pending case she had never been arrested or charged with a crime.

The Douglas County District Attorney’s Office as of Wednesday had not filed a written response to Blood’s motion.

Correction: A previous version of this story miscalculated the age of Brindley Blood. She was 36 at the time of this story’s publication.