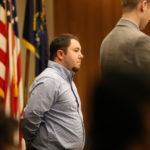 In a case particularly “fraught with emotion,” his attorney said, a Lawrence man was sentenced Wednesday in connection with his own young daughter’s shooting death.

Smith will report to the county’s Community Corrections program, Martin said. While on probation, he’s forbidden from having any guns and must complete a parenting class.

Autumn Grace Smith, 1, was a week away from her second birthday when she died. 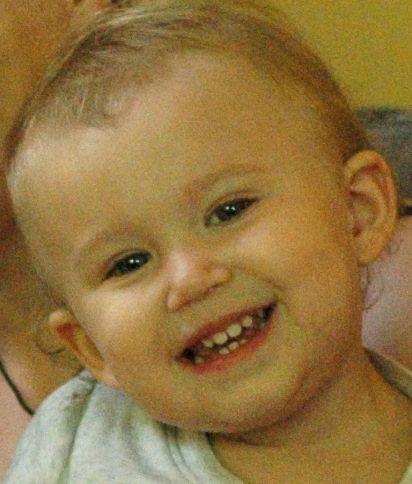 Smith told police that he was outside for five or 10 minutes, smoking and letting the dogs out, and never heard a gunshot. When Smith came inside, he said he found the boy crying and Autumn dead, with a single gunshot wound.

The toddlers had gone upstairs to Smith’s bedroom, where he’d left a loaded handgun under the mattress of his adjustable bed. The mattress, operated by a remote control, had been raised. Forensic testing revealed gunpowder on the boy’s hands.

The semiautomatic handgun was a model with no safety switch, prosecutor Eve Kemple added at Smith’s plea hearing. Also, she said, police found a baby gate leaning against the wall instead of blocking the toddlers’ access to the stairs.

Smith told police that he usually put the gun up on a shelf in his closet when he was at home but that the night before, for no particular reason, he’d placed it under the mattress. He told police he also kept an unloaded shotgun in his closet, another handgun unloaded in his medicine cabinet and additional guns locked in a safe in the basement.

Smith was arrested and made his first appearance in court in June.

In September, Smith pleaded no contest to two counts of aggravated child endangerment, both felonies, for recklessly causing or permitting two toddlers to be in a situation where their lives were endangered. As part of his plea deal, the district attorney’s office agreed to dismiss a more severe charge initially filed against Smith: involuntary manslaughter.

Smith’s attorney, Adam Hall, said they thought the sentence and probation conditions were appropriate, since a firearm was involved and the offense “entailed a parental omission.”

“We look forward to putting this behind us,” Hall said.

The judge agreed to waive costs for Smith.

Hall said Smith has been diagnosed with a traumatic brain injury, was not employed and was in the process of applying for Social Security disability payments. Smith had been a stay-at-home dad after his on-the-job injury, which left him hospitalized for an extended period of time, the Journal-World reported in a feature on the family prior to Autumn’s death.

Smith’s underlying sentence, which he could be ordered to serve if he fails his probation, is one year in prison followed by a year of postrelease supervision, Martin said.

Smith did not make a statement at his sentencing hearing. Neither did his wife — Autumn’s mother — or any other relatives.

Smith’s wife wrote a letter to the court, which the judge read silently and afterward remarked that it was “a very thoughtful and articulate letter.”