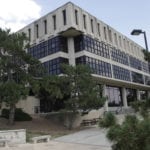 Through a $500,000 gift to KU Endowment, a University of Kansas alumnus established a new professorship at the university focused on military history.

David Pittaway, of Naples, Fla., donated the gift to create the professorship because he thinks vital military history, including the study of important battles and wars that shaped the world, is not being adequately acknowledged in history departments, according to a KU news release.

“By establishing this professorship, KU can continue to be an educational leader in this area for generations to come,” he said.

KU Endowment will place the $500,000 gift in an endowed fund account, which will generate revenue annually and ensure permanent funding for the professorship, said Rosita Elizalde-McCoy, a spokeswoman for the organization.

The professorship aims to give a KU educator the opportunity to teach and research any region or period of military history with a focus on strategic decision making and military operations.

The first recipient of the professorship is Adrian Lewis, who is a professor in KU’s history department. Lewis is also a retired U.S. soldier, having served in the Ninth Infantry Division and Second Ranger Battalion at Fort Lewis in Washington, according to his faculty profile on KU’s website.

During his academic career, Lewis has researched war, national security and military affairs. At KU, he has taught history courses on 20th century warfare, World War II, the Korean War, the Vietnam War and military operations in Iraq and Afghanistan.

Pittaway, who is originally from Kansas City, Kan., graduated from the university in 1972 with a bachelor’s degree in history. He is vice chairman, senior managing director and chief compliance officer of the private equity investment firm Castle Harlan in New York City. He also served for 20 years in the U.S. Army Reserve.

Pittaway previously donated to the university to create the David B. Pittaway Director of Debate professorship, which is currently held by Scott Harris.