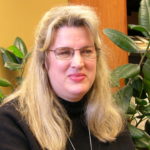 Kim Morrow wouldn't have received her advanced degrees if not for the volunteers at Audio-Reader who were able to read her advanced textbooks.

Without the Audio-Reader service, Kim Morrow might not have earned her master’s degree or her doctorate.

Audio-Reader, which reads publications such as newspapers, magazines and best-sellers to the visually impaired, also handles special requests. In Morrow’s case, it meant finding readers who could understand a high level of German as she worked on her master’s degree. Plus, she needed others who were able to comprehend her doctoral work in education policy and leadership.

“I sure don’t know what I would do without them,” said Morrow, who has been blind since birth.

“They found people who would read me things needed for my research, and they provided readers who read my dissertation,” Morrow said. “I attribute a lot of my success to Audio-Reader.”

In August, the University of Kansas announced plans to cut its $300,000 in funding to the Audio-Reader service over the next three years, following its announcement of a $20 million budget cut on the Lawrence campus to combat rising expenses and falling state revenue.

“This year was our most successful sale yet,” said Meredith Johanning, assistant development director.

“We had close to 300 people come to the ticketed event on Friday night and several hundred more throughout the day on Saturday,” Johanning said. “We definitely saw an increase in support from the community, for which we are so grateful.”

However, Lori Kesinger, outreach coordinator, said even with the success of the fundraiser, offering such services as Morrow’s special requests will probably become a thing of the past.

“It will probably be lost as some services are reduced because of the loss in funding,” Kesinger said. Although Audio-Reader counts on volunteers, it also has part-time paid staffers who coordinate special requests. That paid staff will dwindle as the funding cuts take effect.

Kalene West, of Topeka, doesn’t have a special request for Audio-Reader, but she’s a staunch fan who listens to everything being read in the newspaper. 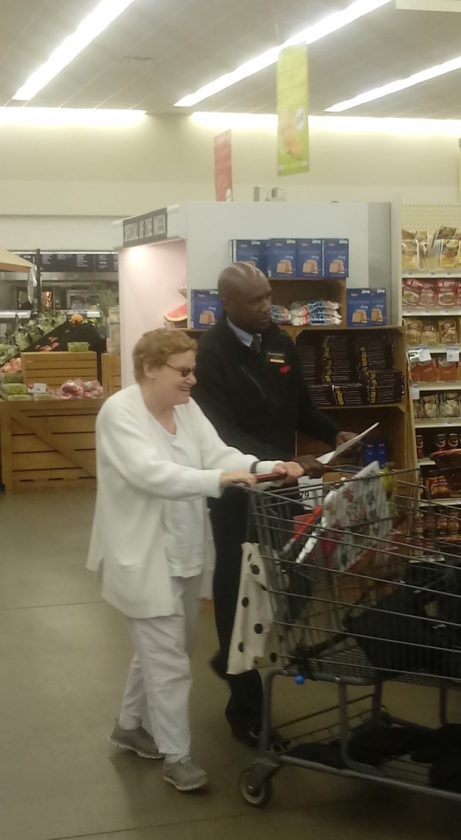 Kalene West has listened to the grocery ads on Audio-Reader and is ready to shop with a store assistant at Hy-Vee in Topeka.

At 2 a.m., when she can’t sleep, West listens to the grocery ads on the telephone through Audio-Reader.

“I listen to newspaper ads and the front page stories. And they even have Guidepost on the phone — it’s my favorite magazine,” West said.

Both West and Morrow agree that Audio-Reader makes a big difference in people’s lives. Thanks to people who could handle the special requests, Morrow is an established professional. She recently left a large nonprofit where she worked as a communications coordinator and is establishing her own business as a certified Braille proofreader for agencies all over the country.

“All the people on the way have given me confidence in spite of being blind from birth,” Morrow said.

The help from Audio-Reader reinforced that anything is possible, she said.