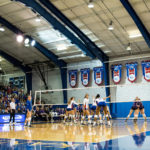 photo by: Kyle Babson/Special to the Journal-World

The University of Kansas women’s volleyball team should be playing inside a new building by the start of its next season.

Demolition of the Horejsi Family Athletics Center, where games are hosted and the team practices, is expected to begin on Dec. 7, KU Athletic Director Jeff Long told Kansas Athletics Inc. board members during a meeting Thursday.

Construction will follow right behind demolition. The $10 million project has been paid for by the Horejsi family, who also funded the current facility, which was completed at the end of the 1998 volleyball season at a cost of $3.8 million, according to Kansas Athletics.

Long said he and Ray Bechard, head coach of the KU volleyball team, were working out the details to be on site for the beginning of the demolition.

“I’m excited about getting in the big claw and taking a chunk out of it,” Long said. “We’ll see if I get to do that.”

The current facility seats 1,300, and the new one will seat approximately 2,300. The team has grown such a large fan base that for several years the venue sold out to season ticket holders.

“We’ll see what the number of season ticket sales are, and then if there are seats left we’ll do single game and groups,” Marchiony said.

The new structure will have a mezzanine level on the east side that will connect to Allen Fieldhouse.

Long also reported that the indoor football practice facility was far enough along that recruits visiting the university over the coming weekend would be able to see the lobby.

“They still tell me it is going to be done in January. I am thinking more like February, but more likely before spring practice begins,” Long said. 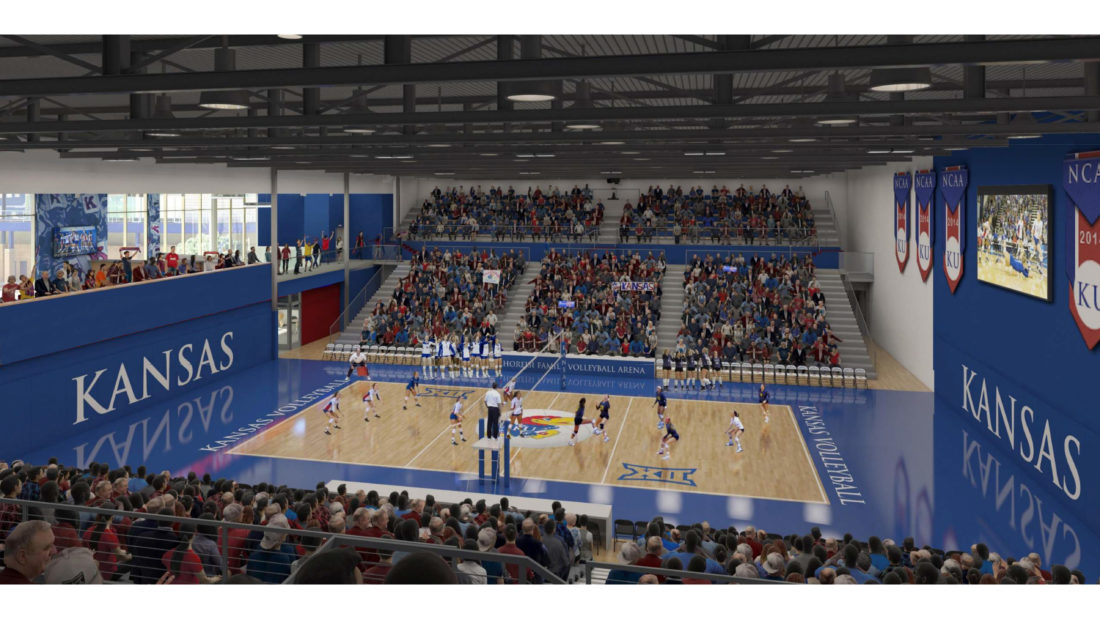 Architect rendering of the inside of the new Horejsi Family Athletics Center. The current building is expected to be demolished on Dec. 7, 2018. 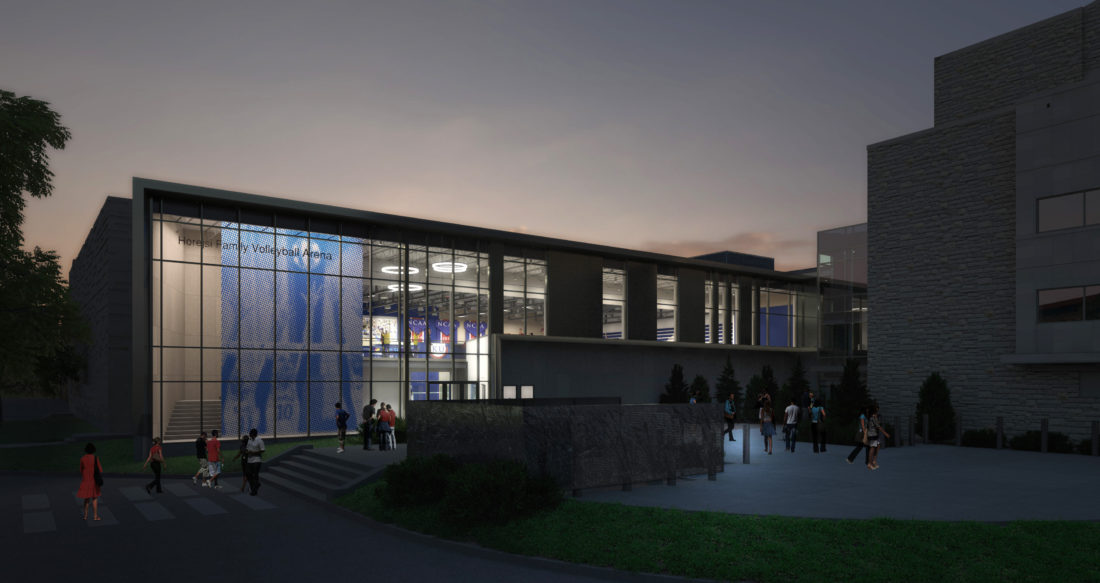 Architect’s rendering of the southwest view of the new Horejsi Family Volleyball Arena at night.