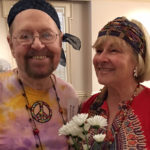 Bobby and Eleanor Patton dressed for the Woodstock 49th anniversary party at the Adams Alumni Center on Wednesday, Aug. 15, 2018.

The hippies arrived promptly at 10 a.m., even though 49 years ago most of them wouldn’t have begun partying until 10 p.m.

Wearing tie-dyed shirts and headbands, they dressed Wednesday like the “flower children” they once were as they celebrated the 49th anniversary of the legendary Woodstock Festival.

A table was spread with munchies. But the brownies were pot-free; so was the air. Instead, the smell of coffee brewing wafted through Adams Alumni Center at the University of Kansas, where a crowd gathered for the anniversary of the music festival that took place Aug. 15 through Aug. 17, 1969, at Max Yasgur’s dairy farm in Bethel, N.Y.

Paul Lim, this year’s president of the KU Endacott Society for retired faculty and staff, said they had the party a year before the golden anniversary as a trial run.

“We thought if this works we’d have a bigger and better party for the 50th anniversary. Especially if pot is legal, we’ll have real brownies,” Lim said.

In the crowd was Ron Schorr, a retired staff member, who was a KU graduate student in 1969 when he and friends drove from Kansas to the festival. They were expecting a big crowd, maybe 25,000 people. But what they found was around 400,000 people.

They were going to purchase tickets at the gate, but the crowd was massive and the gate was torn down. They just walked in. He remembers it raining, which made it cold and muddy.

“There was a lot of mud,” Schorr said. He picked up a program from the event out of the mud and saved it. It was on display at Wednesday’s party. 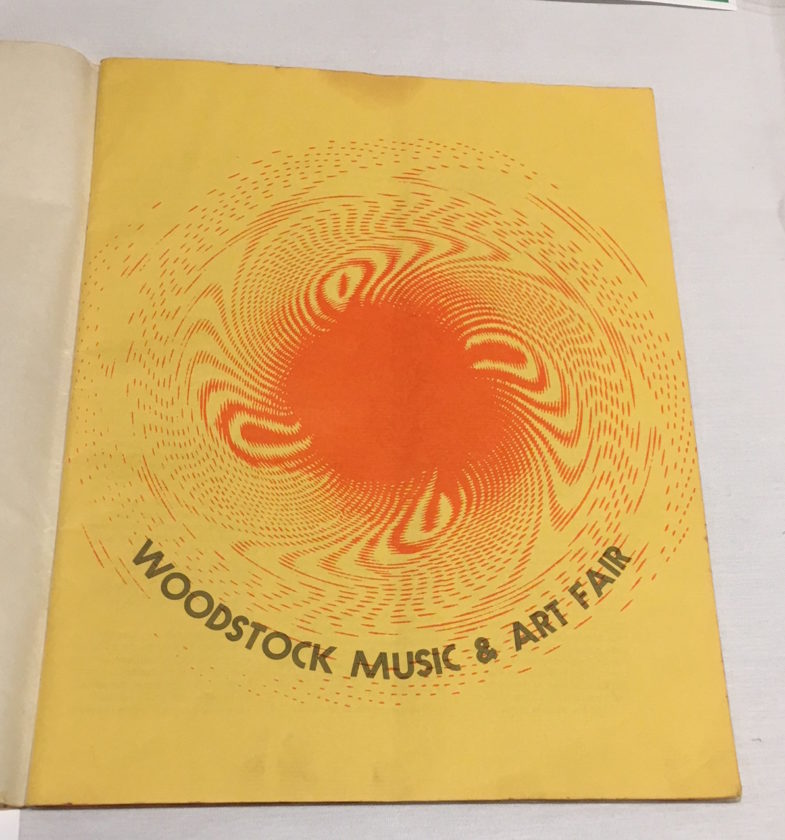 The program from Woodstock, on display at the 49th anniversary party at the Adams Alumni Center on Wednesday, Aug. 15, 2018.

Because it got colder, everyone was building fires with whatever they could find. The smoke became so thick he felt he was walking around in a haze.

The “Hog Farm,” a large commune, provided free meals to the festival goers. Schorr helped them hand out food. Marijuana was abundant.

“People would come for reconstituted eggs and a toke,” said Schorr, who is retired from the School of Engineering.

One memory of the festival was sitting on scaffolding watching a relative unknown, Joe Cocker, perform “A Little Help From My Friends.”

Lim was planning to go to Woodstock. Friends were supposed to pick him up in South Amboy, N.J. But they never showed up.

Dick Schiefelbusch wasn’t at Woodstock. He would have been 51 back in 1969 and very busy developing the speech and hearing clinic at KU. But the 100-year-old was enjoying the party, dressed in a tie-dyed shirt. 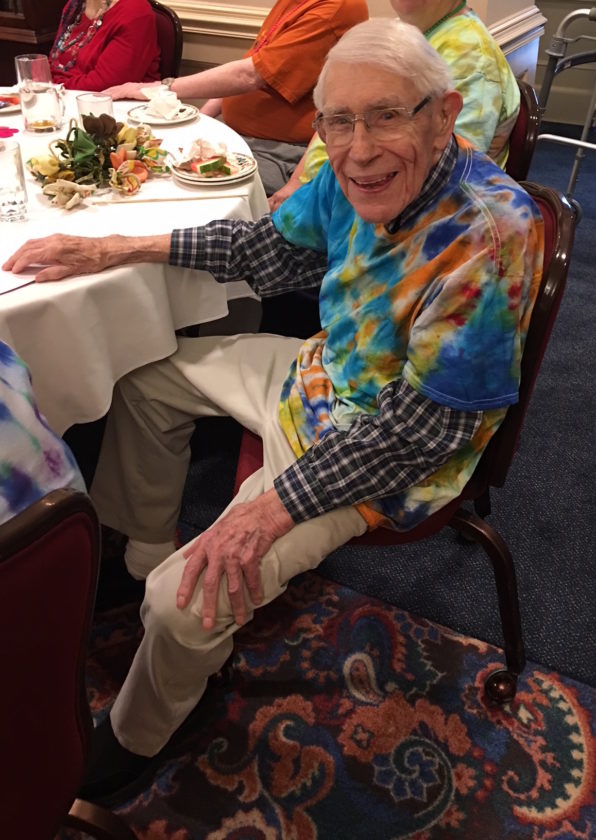 Dick Schiefelbusch wasn’t at Woodstock, but the 100-year-old was enjoying the party Wednesday, Aug. 15, 2018 at KU’s Adams Alumni Center.

“We wouldn’t have trusted him,” Lim said, joking that Schiefelbusch would have been part of “the establishment.”

Eleanor Patton, retired from the theater department, was dressed in a flowing caftan; she was teaching at a Wisconsin university in 1969 and was trying to keep her students from rioting.

Susan Rendall, retired staff, was attending college in Wisconsin in 1969 and heard about Woodstock. It was the last place this farmer’s daughter wanted to go.

“I had no inclination to go to somebody’s farm and rough it,” Rendall said. But she appreciated the music of the times and the changes the world was going through.

John Mullens was moving into McCollum Hall that summer and didn’t attend Woodstock. He remembered the turbulent times of the late 1960s, with campus groups protesting inequalities in society, while others were protesting the Vietnam War and the draft. Then in 1970 — the start of a new decade — KU’s student union was set on fire. 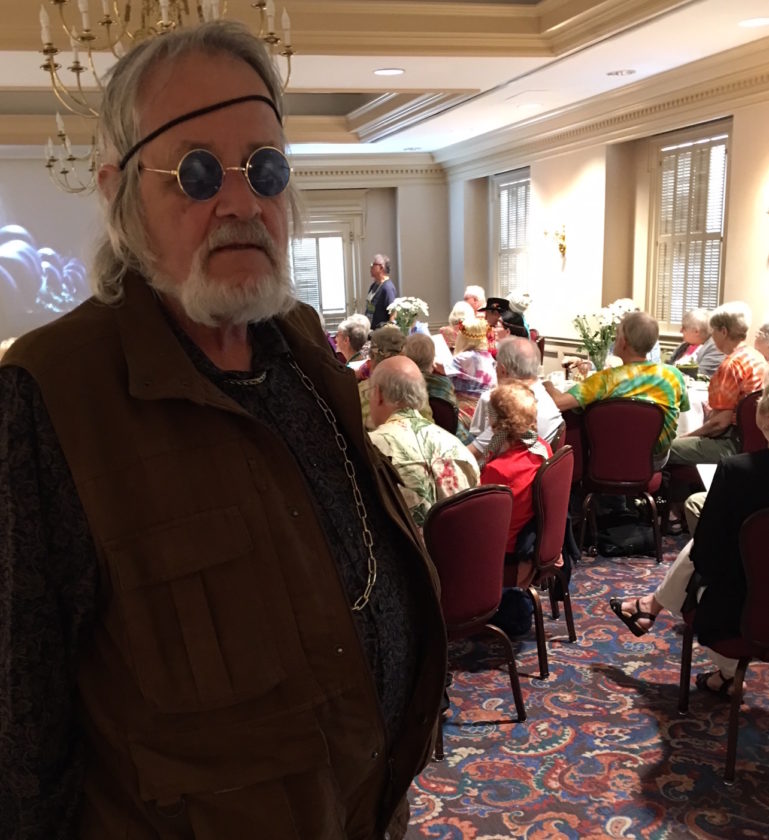 John Mullens wasn’t at Woodstock, but he experienced the turmoil on the KU campus back in the late 1960s and 1970. He was dressed as a hippie for the Woodstock anniversary party at the Adams Alumni Center on Wednesday, Aug 15, 2018.

“That was a $1.5 million dollar fire,” said Mullens, a retired assistant director of public safety, of the infamous arson that was never solved.

Wednesday’s trial anniversary celebration was deemed a success; Lim said next year the party would be bigger and better.

As people left, he made sure they had a daisy to wear in their hair.