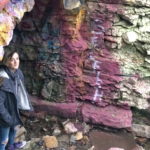 As part of an unusual school project, 14-year-old Milo Bitters went to downtown clerks and shop owners with a question: could he check out their basements?

In one, he found what he was looking for. In the basement of The Etc. Shop, he was shown to a door that opened to a dugout space that the shop now uses for storage. Milo found that some think the dugouts were likely used for hiding — perhaps people or valuables — during the raids on Lawrence during the Bleeding Kansas era.

“They have their basement and then they have a door leading to a section underneath the sidewalk,” Milo said. “… I asked the employees there, and they let me go down into that space. It’s not very large, but I got to go in it and snap a picture.”

Milo did the research as part of an independent study project in his gifted class at Liberty Memorial Central Middle School. In addition to visiting downtown shops, his research included parsing rumors about tunnels and other underground spaces on Lawrence Reddit pages, reading newspaper archives and an interview with an architectural historian, Brenna Buchanan Young. It was Young, who is a member of the city’s Historic Resources Commission, who told Milo about the downtown dugouts and other downtown tunnels, now blocked off or sealed, that were used by the city’s early abolitionists. 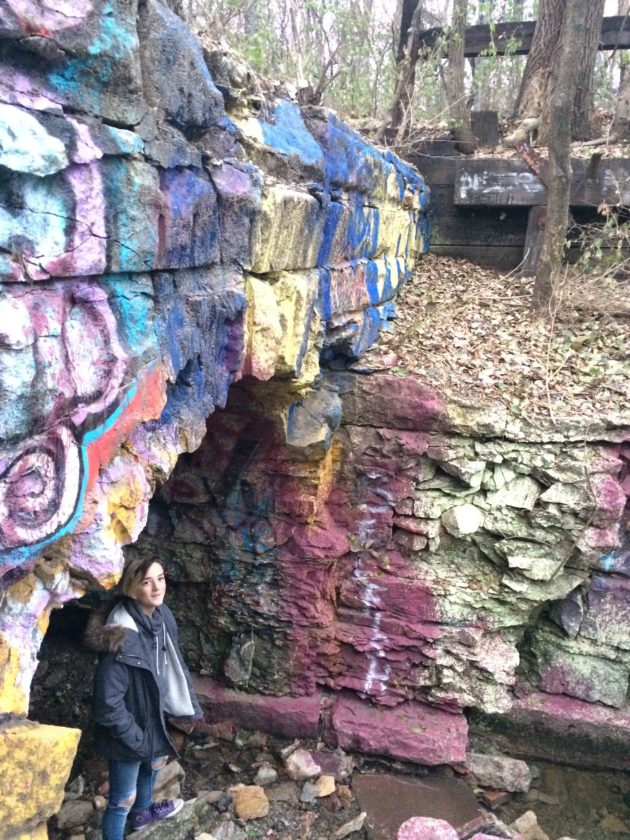 The dugouts and tunnels from the Bleeding Kansas era are just some of the pieces of Lawrence’s past that Milo ended up learning about as he investigated the city’s subterranean features. As part of his project, Milo also compiled information on old power tunnels, drainage tunnels and man-made caverns. More specifically, Milo read up on the abandoned tunnels under downtown that once carried mechanical power from Bowersock Dam, drainage tunnels that took the place of a former ravine from Mount Oread to the Kansas River, and the network of caverns that one of the city’s early breweries, Walruff Brewery, used to store and age its beer.

Central Gifted Facilitator Devin Heath said that Milo’s approach to the project was unique in that he also talked with sources, such as Young and shop owners, about his topic, instead of only summarizing the information he came across.

“He really had to conduct a lot of firsthand research, so he went downtown and went into a lot of stores and talked to people,” Heath said. “He really got into it up to his elbows.”

Milo gathered what he learned about subterranean Lawrence into an essay, which he presented to his classmates. He said that though he knows the underground features have been written about before, he wanted to gather information about all of the different types of underground tunnels or spaces together in one place. And he said doing so has changed the way he thinks of the town he’s grown up in.

Milo said before the project, he’d thought of Lawrence like any other town, but now he said he has a sense of awe for the city, especially in regard to its history in the Bleeding Kansas era.

“I have more respect for it now, because it has a lot of history behind it,” Milo said.